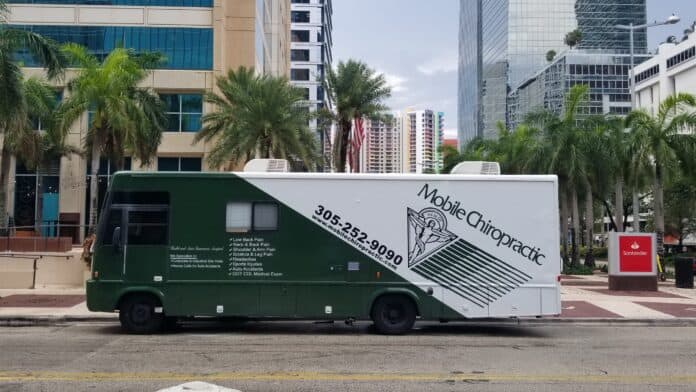 My career in mobile chiropractic care was inspired by – of all things – the 1980s TV show “Miami Vice.” At the time, I was the team doctor for the local high school and County police football team. The TV show was casting the police team in one of their episodes at the Orange Bowl. The director asked me to perform some chiropractic adjustments in the background during one of the scenes. Being a real doctor of chiropractic (DC) and not an actor, I also delivered care to some of the show’s crew and actors when we weren’t filming.

After that episode had wrapped, the production manager asked me to stay on as the on-set chiropractor. I was happy to comply and I started bringing my portable adjusting table to the set twice a week for the last two years of production. I still had my brick-and-mortar practice and one day when returning from the set to the practice a patient told me: “You should be coming to me like Miami Vice.” That’s when it dawned on me that nearly all the equipment and necessary furnishings in my office could be installed in an RV, including an x-ray machine, so I could deliver care safely and effectively wherever I was located.

I opened the first mobile clinic in 1992 and sold my brick-and-mortar office in 1997 to fully dedicate my time to expanding the mobile concept. Within four months, I was treating over 100 patients per week in the mobile clinic spending at least 40 hours a week on the road on top of my traditional office hours. In 1996, with the mobile office, I was invited to the Atlanta Olympics to serve international athletes at the International Olympic Training Center. As the film and TV industry flourished in Miami during the 90s and into the new millennium many productions included mobile chiropractic for the crew and celebrities. We continue to serve the industry.

The client that helped me realize the importance of making healthcare more accessible to workers was United Parcel Service (UPS), which has numerous facilities throughout Miami. A few years ago, I was certified to perform the physical examinations required of commercial truck drivers by the United States Department of Transportation. Having the opportunity to meet UPS’s Florida Safety Director I was told that their drivers had been complaining that they needed to make appointments, leave work and battle traffic for these exams. I offered to park my mobile clinic outside one of their facilities and see drivers there instead. She accepted. Within a week, I was receiving calls from other UPS locations and today we care for nearly 800 drivers and approximately 2,000 other UPS employees during the year while parked outside five of their facilities every week.

If my clinic is not at a UPS facility, it can be found near numerous government and commercial buildings for the employees who work in those facilities, but also people often stop by and intercept our mobile office when they see us on the street. Our routine appointments rarely take more than about 20 minutes, so we can care for a significant number of patients every day.

Whether it is UPS drivers, police officers, correctional workers or executives in downtown Miami, convenient access to chiropractic care is likely decreasing an important expense for many employers, especially those who make significant physical demands on their employees. The company’s workers’ compensation insurance premium rate – specifically their Experience Modification Rate or “mod factor” – is an important metric to employers and is based on the number of claims within the past three years. Reducing that mod factor — even by a tenth of a point — through incurring fewer claims can save a large company hundreds of thousands, if not millions, of dollars a year on their premiums.

As evidence, a 2011 study of nearly 900 workers’ compensation claims involving low back pain found that the risk of disability recurrence was lower for patients who received chiropractic care compared to those who received care from a physician or physical therapist. Similarly, a group of Canadian researchers found that patients who sought chiropractic care first for their back pain collected workers’ compensation payments for a shorter duration than those patients who sought care from a physical therapist.

Full disclosure: I have not conducted any scientific research that our care has reduced the mod factor for my clients, but the positive feedback and repeat visits I have received from employees and their managers across the employer spectrum indicate that the care is having a positive impact on their health and well-being, which is my ultimate goal.

With the low overhead, huge care demand, simplified administration and low overhead, other DCs have launched their own mobile clinics in recent years to serve businesses and residents in their communities. In fact, a private Facebook group I belong to “House Calls Chiropractors Forum” launched in 2017 with membership in the teens, has grown to 2,000 members today.

Our practice’s growth combined with the feedback from my clients and conversations I’ve had with members of that forum indicate to me that mobile clinics, whether they be for chiropractic, medical, dental or any other type of care, are the best-kept secret in healthcare right now. Such clinics can help reduce costs for employers, but they also enable employees to more easily access the care they need, in less time and typically at a lower cost. 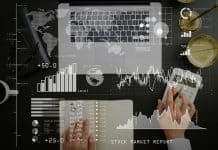 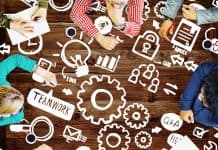 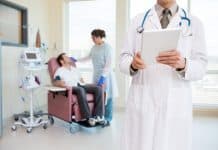