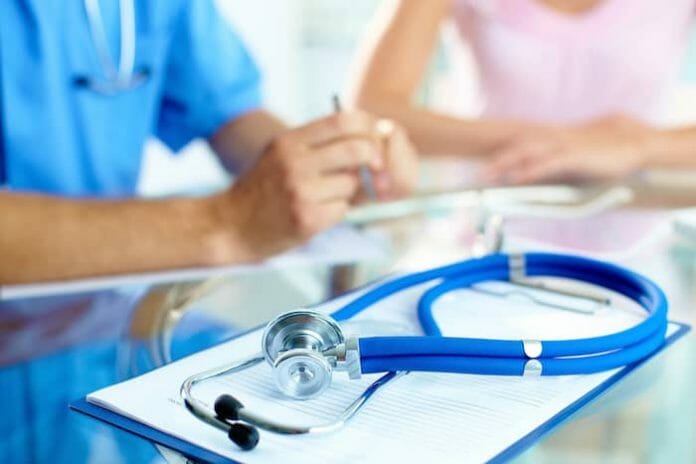 As an OB/GYN professional, navigating the liability world in a professional capacity can be challenging. Due to the growing number of malpractice claims each year and liability issues in general, it may be that many OB-GYNs have to change how they do things altogether.

In July 2019, a jury awarded nearly $230 million. It was the largest medical malpractice verdict ever seen in the U.S. In this case, a woman’s health care provider said she could terminate her pregnancy because the baby wasn’t viable. The patient declined a C-section, and the provider stopped fetal monitoring.

The baby didn’t receive enough oxygen to the brain, being born with brain damage.

According to news sources, the infant suffered brain damage because an emergency C-section wasn’t done.

The following are some of the general things to know about medical malpractice and insurance, especially as they pertain to OB/GYNs.

In 2019, medical malpractice claims that were either settled or received jury verdicts of more than $10 million grew by an astounding 84%. That wasn’t even taking into account the COVID-19 pandemic, which came about the following year which has undoubtedly created even more challenges.

There was a study in JAMA Internal Medicine recently that looked at medical professional liability claims.

The analysis showed a combination of good and bad news for OB/GYN surgeons.

Paid claims went down overall between 1992 and 2014, but payments per claim and claims that were ultimately settled for more than $1 million went up steadily during that time.

It doesn’t seem like that’s a trend that’s slowing down.

Following the case mentioned above with the nearly $230 million verdict, there was another jury award of more than $100 million in Cook County, Illinois. In that verdict, handed down in November 2019, an infant suffered brain damage during birth.

There is a concern with the growing payouts of these claims, paired with changes that came about because of COVID-19, that we might start to see OB/GYN clinicians and hospitals making difficult decisions as far as how much risk they can assume as a cost of doing business.

Healthcare executives are well-advised to address the gaps in their quality management practices that impact their liability as a starting point.

Many clinics and hospitals need to go over their quality management processes to focus on delivering the best possible care while simultaneously minimizing risk.

Physicians need to not only take time to address their quality care processes and practices, but they’re also well-advised to take on a more proactive role in the buying of their malpractice insurance. They should work to understand the type of coverage they need to save money and ensure complete protection.

With a claims-made policy, there is coverage only if the policy is in effect both when the actual incident occurs and at the time a lawsuit is filed.

An occurrence policy will cover a claim for an event that took place during the period when the policy was in effect, even if the claim ends up being filed after the policy lapses.

Since claims can be filed years after an actual event happens and after the expiration of a claims-made policy, they’ll often have a so-called tail. The tail extends coverage for a certain number of years past the expiration date. If it’s not included in the policy, you can purchase tail coverage separately.

If a doctor is retiring or changing jobs or carriers, tail coverage may give them protection. Their previous employer might cover the cost of tail coverage, or it can be something a physician negotiates with their new employer.

How Much Coverage Do You Need?

If you’re an OB-GYN, the amount of coverage you need can vary depending on any contractual agreements with healthcare organizations and hospitals, the state where you practice, and your specialty. Some states will require that you have a minimum level of coverage, but you may need to go beyond that.

The standard coverage limits from carriers are usually $1 million per claim and $3 million aggregate.

How Much Is Coverage?

Certain states have higher rates than others on average for the cost of medical malpractice insurance.

California and Minnesota see the lowest costs for medical malpractice insurance, but still, in those states, OB-GYNs pay the most. For example, in California, general surgeons usually pay anywhere from $20,000 to $32,000 a year, while OB-GYNs pay more than $50,000 a year.

The state of Florida passed a medical liability cap, but before that, OB-GYNs were paying more than $200,000 annually.

Along with OB-GYNS, some other specialties that pay the most for their insurance include neurosurgeons, emergency room doctors, heart surgeons, general surgeons, and orthopedic surgeons.

Other Factors That Influence the Cost of Your Medical Malpractice Insurance

Along with where you practice and your specialty, other factors play a role in your premium rates.

Your claims history is relevant, as is the case with other types of insurance. If you’ve had lawsuits brought against you, no matter whether they were dismissed, settled, or paid out as a judgment, your rates are going to be higher than a doctor with no claims history in the same specialty.

If you’re a new physician, you may be eligible for discounts because you don’t have a claims history.

Overall, doctors in the modern era need to think like not only health care providers but also businesspeople, which means understanding your malpractice insurance and what you’re paying for it.