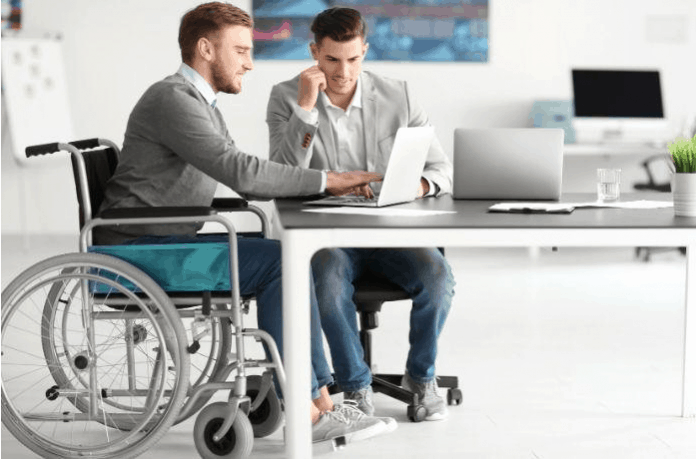 In 1990, President George H.W. Bush signed the Americans with Disabilities Act (ADA) into law. The ADA is a comprehensive piece of civil rights legislation that prevents discrimination against anyone with a disability. It guarantees that people with disabilities will be afforded the same rights, privileges, and opportunities as everyone else and that they’ll have the same chance to participate in mainstream American life. This includes—but isn’t limited to—employment opportunities, the purchasing of goods and services, and participation in government programs and services.

The Civil Rights Act of 1964, which prohibits discrimination based on race, color, religion, sex, or national origin, was the model for the ADA. In short, the ADA is an equal opportunity law for people with disabilities. The ADA doesn’t identify specific impairments—it simply defines a disability as a mental or physical impairment that substantially limits one or more major life activities. Anyone with a documented history or record of impairment falls under the protection of the ADA.

What does it mean to be ADA-compliant?

Under Title I, the ADA applies to any business with at least 15 full-time employees and that operates for 20 or more weeks every year. Title III says that any business considered a public accommodation, such as a bank, a hotel, or public transportation, must also comply. It’s incumbent on businesses big and small to abide by the ADA.

The ADA ensures that businesses are fair in their hiring practices and physical accessibility. It touches many aspects of businesses, from parking lots to bathrooms to web accessibility solutions sites. In an average day, you can see signs of the ADA everywhere you go. The Braille next to the numbers on elevator buttons is one example. In men’s rooms, there’s usually at least one urinal that’s lower than the others, and in all bathrooms, you’ll find a wheelchair-accessible stall with handrails. Lower water fountains in all public spaces exist because of the ADA’s regulations, as do red cutouts in curbs and automatic doors.

Now, the ADA is moving beyond the physical world and into the virtual world. A company’s website must comply with the ADA, too, but there’s a catch. As of right now, there are no clear rules or regulations on what makes a website ADA-compliant. However, a company can take several concrete steps toward compliance. One way is to add screen readers and refreshable Braille computer displays for the visually impaired. Adding text transcripts of video or audio content also helps the hearing-impaired and brings the site closer to compliance.