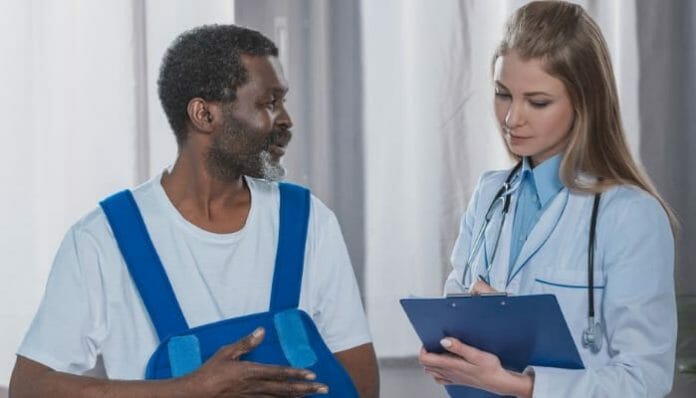 Fifty-six years ago, racial bias and discrimination in healthcare should have been put to an end through the enactment of the Civil Rights Act of 1964. Title VI and its implementation regulations were, among other things, supposed to desegregate the racialized United States healthcare system by prohibiting health care facilities that received government funding from discriminating against individuals on the basis of race, color, or national origin. What this ultimately meant for the future of healthcare from 1964 onwards was that there would be repercussions for racially discriminatory activities in the world of healthcare; no longer should federally funded facilities be able to deny services on the basis of race, color, or national origin nor should services differ in quality, quantity or manner depending on who was being processed through the healthcare system. Racial disparities in healthcare should havedisappeared with the implementation of Title VI and everyone should now have equal access to quality healthcare but, fifty-six years later, we still speak of the things that Title VI should have done but did not do.

A minority population’s access to quality healthcare has been blocked and barricaded throughout the decades in the form of institutional bias, a type of bias that can keep certain populations out of the healthcare system through establishment of organizational structures that execute seemingly neutral denials of access. One of the most prevalent examples of institutional bias is found in private hospital closures that occur in predominantly black communities. Institutional bias is at play when these administrators assert that closures and relocations are fiscally justified and are for the benefit of society. On an outward-facing level these closures are perceived as race-neutral when, in actuality, they have been shown to be linked to race. A report by Dr. Alan Sager revealed that from 1980 to 2003, except for a 7-year period, the number of hospital closures and relocations increased as the African American population in a neighborhood increased. Dr. Sager’s findings are one of many reports that reflect the positive correlation which exists between growing black communities and the disappearances of accessible healthcare for those populations.

Often times losing a hospital means losing physicians as well which causes disruptions in care and significantly limits the range of healthcare services that are readily available for these communities. These closures contribute significantly to limiting access to quality healthcare for black communities since the public hospitals that remain are not only understaffed but offer substandard care in comparison to the private institutions that recently closed. Receiving timely and medically necessary services becomes that much more difficult for these populations, resulting in exacerbated injuries and higher morbidity rates that could have likely been mitigated with equal access. The continual closures of private hospitals and institutions in targeted areas of the nation, typically urban neighborhoods with a predominately black population, reinforces this concept of inferiority of minorities in the healthcare sector and integrates racial bias into the organizational structures most have perceived to be race neutral. Coupling institutional bias with the more commonly recognized bias that exists among physicians and their treatment decisions, we see an existing framework that makes it incredibly hard to believe that Title VI has accomplished what it set out to do in desegregating healthcare.

The more common form of racial biases that we are familiar with is interpersonal bias which shows itself through prejudice in interactions between individuals, whether that prejudice comes about consciously or not. This type of bias is most commonly seen in physicians’ treatment decisions for people of color. When these populations are put in a situation where their very own primary care physician has an underlying bias or stereotype guiding his or her decision when providing care, they are receiving racially separate and unequal healthcare services which operates against the purpose of Title VI.

Throughout the decades there have been numerous publications and studies that have reported striking numbers exemplifying the disparate treatment people of color receive when compared to Caucasians. As result of these biases within healthcare populations of color, especially African Americans, have experienced disparate mortality rates especially when it comes to diabetes, cardiovascular disease or cancer. It has been reported that populations of color tend to be hospitalized and die from these conditions at a higher rate than white residents, possibly due to the physician referral patterns that seem to be based on race. Many patients and their families rely on their physician to properly refer them to get additional care or surgery, however, these families are not always being pointed in the right direction. Studies as early as 1999 have reported that physicians have allowed their prejudices to affect their treatment and referral decisions. For example, it was discovered that African Americans were less likely to be referred for cardiac catheterizations than Caucasians and, after controlling for several factors, African American patients were only 64% as likely as Caucasians to receive surgery. These unequal healthcare practices are not just prevalent in adults. For example, a 2012 publication found bias in treatment recommendations in pediatrics; pediatricians were not only implicitly biased in their recommendations to African Americans for four common pediatric conditions (pain, urinary tract infection, attention deficit hyperactivity disorder and asthma) but they were also found to be less likely to prescribe medically necessary pain medication for African American children after surgery.

Lack of Assistance from Above

These biases are not new but have been recurring for decades resulting in negative healthcare outcomes for populations of color. People are dying at rates that could have been decreased if prejudices were more strictly addressed rather than swept under the rug. Although Title VI seemed to have offered some solutions, the federal government’s lack of enforcement of Title VI as well as the Supreme Court’s disablement of private court enforcement of disparate impact regulations have made it a difficult journey to seek change.

Enforcement of Title VI required the HHS to ensure that healthcare providers who were receiving federal financial assisting did not prevent the participation or access to healthcare benefits based on race. Within this framework were gaps that allowed HHS to relax their enforcement and not apply Title VI to certain health care providers, allowing some physicians to continue to racially discriminate. HHS created the Office of Civil Rights (“OCR”) to assist in enforcing Title VI but only approximately 4% of OCR’s enforcement efforts were directed to the health and services wing of Title VI, the majority of its efforts were devoted to education desegregation. With a lack of resources and enforcement, the healthcare system after enactment of Title VI was not progressing towards full integration as many hoped.

The judiciary branch did not offer much more assistance. In 2001, the Supreme Court in Alexander v. Sandoval ruled that private parties do not have a right to sue for disparate impact bias under Title VI. With one decision, the Supreme Court weakened Title VI. The Court noted that Section 601, which gives private parties the right to sue healthcare facilities that use racial bias to prevent participation or access, only gave a private right of action for intentional bias. The lackluster efforts of HHS coupled with this Supreme Court decision continues to provide a bleak backdrop for healthcare equality. There are still ways to fight for change and we are here to help walk beside you in that journey.

One would think that the United States shouldn’t have any problems with maternal or fetal mortality rates. We’re a rich country who boasts some of the best healthcare providers in the world. However, about 700 women die each year from pregnancy-related complications in the United States, and about 60% of these pregnancy-related deaths could have been prevented. That means that about 420 women each year did not have to die. The maternal mortality rate in the United States is 17.4 per 100,000 live births, as reported by the Centers for Disease Control and Prevention’s National Vital Statistics System as of 2018. The U.S ranks 55th in the World Health Organization’s most recent maternal mortality ranking from early 2020. Even when the parameters are adjusted to compare the U.S. to other similarly wealthy countries, America ranks last among them. Maternal health in the United States is decreasing while it is increasing and improving globally. CNN reports that the maternal mortality rate amongst African-American women were three times higher than those reported for non-Hispanic white women and Hispanic women: 37.1 deaths per 100,000 live births. Ultimately, public health officials have concluded that more research needs to be conducted to understand the racial disparity in maternal death rates for women of color. This highlights an ever present problem in health and wellness research: so little data are available for women of color. Most population pools for public health research are white. Additionally, as reported by USA Today, an analysis of internal quality records from several hospitals during 2015-2016 indicate that there is a failure to protect new mothers.

Texas in particular has one of the worst maternal mortality rates in the nation estimated at 14.6 deaths per 100,000 live births. Black women die at twice this rate at 27.8 deaths per 100,000 live births. Representative Shawn Thierry of House District 146 speaks from her own experience when she stated that she did not think the nurses and doctors present at the birth of her child took her pain levels seriously. A survey of medical students at the University of Virginia indicated that they seriously believed that African-Americans have higher pain thresholds because they have thicker skin, which may explain why her doctors and nurses did not take her, a Black woman, seriously when she said she was in severe pain. Texas has a Texas Maternal Mortality and Morbidity Task Force, which was designed to tackle the issue of maternal mortality in the state. So far, they have properly used new methods to more accurately report mortality data (after discovering that the data reported from 2012 was inflated) and hope to continue the trend of accurate data reporting in order to understand maternal mortality and to close the racial disparity gap for women of color.

Board-certified personal injury attorney Kay Van Wey is a Patient Equality Advocate with over 30 years’ experience fighting against countless injustices and racial discriminations in the healthcare system. Known for her pivotal role in the infamous “Dr. Death” case, Van Wey is a subject matter expert on the systems that fail to protect patients from gross misconduct.