With relaxation of government regulations regarding elective surgical procedures during the height of the COVID-19 pandemic, delayed neurological surgeries are expected to be scheduled in the coming months.

This comes at a time when the first thin film electrode technology is nearing introduction into the market for recording brain activity and stimulating brain tissue for up to 30 days. We anticipate our new technology to generate high interest from neurologists and neurosurgeons treating epilepsy and brain tumors. The thin film electrodes could provide enhanced clinical electrophysiological value with reduced cost, infection risk, and patient discomfort.

Due to its thin film properties, this cortical electrode technology may enable minimally invasive delivery through a reduced size craniotomy—an enormous improvement over current commercially approved silicone electrodes. The current outdated technology is generally handmade, making it costly, time-consuming to manufacture and heavy. Further, the silicone base of existing electrode technology does not optimally conform to the brain as well as thin film polyimide material does. Existing electrode technology is also limited in its ability to increase the recording resolution of the electrodes under its current design. In contrast, new polyimide thin film technologies may provide higher resolution recording for more advanced clinical applications.

electrophysiological value with decreased immunological response, reduced cost and potentially lower infection risk. Furthermore, thin film electrodes have the potential to improve patient comfort during the surgical procedure and post-surgery due to the product being 8 times lighter and 7 times thinner than silicone electrodes.

Today about 30% to 40% of people with epilepsy are candidates for epilepsy surgery but only 3% undergo surgery. The decision to not undergo surgery is predominately due to the invasive nature of the surgery and frightening nature of the procedure itself.  Utilizing thin film technology could be a game-changer by allowing the patient to receive “optimal mapping” of the brain. This enables the evaluation of activity both deep in the brain and from the surface by utilizing both cortical and depth electrodes simultaneously.

Thin film strip, grid and depth electrodesmade with lithographic polymer film technology are an effective way to increase mechanical flexibility and reduce mass. This is better for the brain because they weigh less than traditional electrodes and conform more completely to the brain for more direct contact. Also, this technology’s hi-definition recording may enable the doctor to be more precise in identifying the problematic tissue. Contacts on the electrodes may be scaled down in size, improving the ability to increase resolution, as well as customize electrode configurations to meet physician requests. Given its automated manufacturing system, this technology also shows promise for reducing lead times to customers.

Polyimide thin film electrodes are thinner, lighter and offer fewer electrode tails exiting the brain—thereby potentially reducing the risk of infection. Given their flexibility and versatility, we expect thin film electrodes to attract considerable interest from hospitals and research centers around the world.

Epilepsy can be caused by a variety of conditions that affect a person’s brain, including stroke, brain tumor, traumatic brain injury, genetics and central nervous system infections. According to the World Health Organization’s (WHO) report on epilepsy in 2017, nearly 50 million people have been diagnosed with the disorder.

According to the Centers for Disease Control and Prevention (CDC) there are approximately 3.4 million people with epilepsy in the U.S., with 150,000 people diagnosed every year. The CDC estimates that epilepsy costs the U.S. $15.5 billion per year. Approximately 30% (720,000) of people with epilepsy in the U.S. are not receptive to pharmaceutical treatment and therefore are appropriate candidates for surgical treatment.

Currently, a person with epilepsy is typically treated with medications. If the pharmacological therapy is unsuccessful, the patient may then undergo an invasive surgical procedure to help identify the areas of the brain that are causing the seizures.  This procedure, referred to as iEEG or sEEG, is the practice of recording electroencephalographic signals via cortical or depth electrodes. After the diagnostic procedure, a second therapeutic surgical procedure is performed to treat the seizure onset location. The success rate of seizure freedom after surgery ranges between 30% to 70% depending on the seizure location and surgical treatment.

Because of the invasiveness of a craniotomy, neurosurgeons that perform epilepsy surgery predominantly use sEEG electrodes since they can be placed less invasively through a stereotactic procedure. There are clinical scenarios where implanting cortical electrodes and sEEG would potentially provide a more complete map of the brain by obtaining recordings from the surface and deep structures of the cortex. Physicians also recognize the potential of thin film electrodes for applications with Parkinson’s disease, dystonia, essential tremors, and pain management for failed back surgery syndrome. 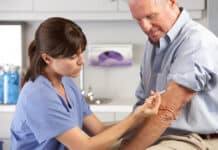 V is for Vaccine Safety and a Whole Lot More 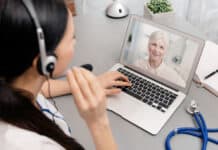