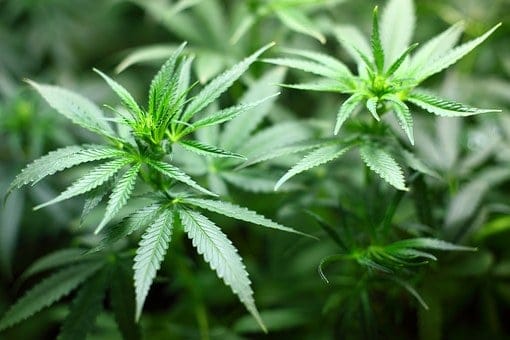 What is CBD oil?

Short for cannabidiol, CBD oil comes from hemp (a type of cannabis plant). It’s the non-psychoactive substance found in this plant that doesn’t cause the high. On the contrary, it renders a whole bunch of medicinal benefits such as relief from bodily discomfort, pain, and to some degree, relief from anxiety and nervousness. Not long ago, the FDA approved the first-ever CBD based medicine called Epidiolex, which is designed to treat epilepsy. Clearly, CBD is making great strides not only in the world of holistic health and wellness, but in mainstream medicine too.

You are most likely to find CBD oil in the form of beauty products and ointments.

CBD in relation with cannabis, THC, and marijuana

Cannabis is a particular plant species from which you derive marijuana. It contains THC, which causes the mind-altering properties.

Cannabis has a variety of strains. But, some of them carry extremely low THC levels that is why products coming from such strains do not exhibit any psychoactive effect. Hemp is one such variety. It’s a type of cannabis plant that has little traces of THC. Know that both marijuana and hemp contain the chemical compound – CBD.

Cannabidiol or CBD oil derived from hemp such as IHF LLC Hemp Flower carries less than 0.3% THC. Since the percentage is so little, it should not appear on any tests. The absence of any impairing effects means that employers do not need to worry about CBD usage at the workplace. Most tests designed to test for drugs focus on THC rather than CBD.

Image by Julia Teichmann from Pixabay

In December of 2018, the government passed a law called ‘2018 Farm Bill’. It also goes by the name ‘the Agriculture Improvement Act of 2018. The point of this act was to legalize growing of industrial hemp at a federal level. The bill went on to remove help from the Schedule 1 Substances and put it under the list of agricultural commodities.

Following the passing of this act, all hemp-derived products, including CBD, are now legal for sale and distribution at the federal level.

Must an employer accommodate recreational marijuana use?

Let it be known that the AIA has only given a green signal to the production and cultivation of hemp (including cannabidiol coming from this plant). Marijuana still continues to remain illegal for consumption and distribution as per the Controlled Substance Act. All products coming from marijuana are illegal across the nation.

However, whether or not CBD oil from marijuana would be legal at the level of state can vary significantly from one jurisdiction to another. As of now, 33 states have legalized the use of marijuana for medicinal purposes. Ten states in total, allow its usage for recreational purposes.

Despite the new strides around hemp and marijuana, to this day, no jurisdiction has come into light that requires an employer to accommodate marijuana for recreation. Employers still have a complete say in ensuring a drug-free workplace and the governing policies. They can refuse to hire employees who fail drug tests as a result of recreational marijuana usage.

CBD usage in the workplace

Whether or not an employer can and should accommodate CBD oil for medicinal purposes will vary based on the jurisdiction they are part of. It will also depend largely on whether or not it’s coming from marijuana or hemp. If it’s coming from hemp and is purely intended for medical purposes, employers should generally accommodate it. The only exception to the rule would be being in a jurisdiction that has taken on a restrictive approach in terms of using hemp-derived cannabidiol over the federal level.

For CBD oil that’s a derivative of marijuana – meaning it carries more than legal THC limit, employers residing in states with strict laws, can restrict the usage. In places where it’s legal, it may require a state-specific analysis. This will depend on the legislation designed to protect employees who need medical marijuana. However, state laws generally do not mandate it for employers to allow marijuana on-premises. An employer can choose to note tolerate someone performing his/her duties while under the influence.

Where things get tricky

The varying nature of cannabidiol and products containing CBD poses some obstacles for the employers. Since the majority of products out there are not overseen by the FDA, nor are they regulated by any other body, there’s always the risk of a product containing more than federally permitted THC.

That’s why it’s very much possible for an employee to be using a product which, although may be legally permissible, may actually be unregulated, thus triggering a positive result for THC content. That can make it difficult to definitively diagnose whether or not it was the marijuana that triggered the result or the  CBD oil.

Some of the supposed benefits of CBD are –

CBD usage in the workplace is a lingering question. The one that still needs answering. Its legality is always in a state of constant flux. So, consider everything before using it in your place of work.

Stay Active Series: Fun Fitness Challenges To Help You Play At Home While You Are Stay-at-home!