As cannabidiol becomes ever more popular, an increasing number of people are using it as a remedy for pain. But do we know how effective CBD is at treating pain – or even if we should be using it all?

To answer these questions, we need to start by examining the compound itself to learn everything about where it comes from and the ways in which it may provide relief to people with chronic pain.

What Is CBD Oil?

CBD is short for cannabidiol, a compound extracted from the leaves and flowers of hemp plants, and typically carried in an oil base known as CBD oil.

This compound is synonymous with cannabis or marijuana and it has a similar chemical structure to that of THC and other compounds in cannabis; but there are slight differences in their molecules that make CBD function differently than cannabis when consumed.

Both hemp and cannabis contain CBD in different concentrations, however, commercial CBD is normally produced by processing hemp plants, which contain a purer form of CBD (and in higher amounts).

Many of the compounds present in cannabis such CBD, THC, CBG; and CND, are known as cannabinoids. These compounds are absorbed quite naturally inthe human body because of a pre-existing relationship between what’s known as the human endocannabinoid system, or ECS, and cannabinoids such as CBD.

Humans produce cannabinoids for use in running many essential physiological functions such as sleep, mood, appetite, and even pain sensation.

How Does CBD Reduce Pain?

By ingesting CBD, or applying it to the skin, it may be possible to reduce the sensation of pain, because of the interaction between CBD and nerves that register and transmit pain signals.

Cannabidiol engages with brain receptors (known as CB1) responsible for causing the sensation of pain, and essentially minimizes the intensity of pain.

But this isn’t the only way that CBD provides relief. While targeting brain receptors responsible for the sensation of pain, CBD also triggers hormonal changes particularly with regard to stress hormones like adrenaline and cortisol, which are reduced significantly.

There are several publications of CBD research that people normally refer to when researching CBD online. Some examples include this review by Harvard, which perhaps doesn’t offer detailed information on how reliable CBD might be for treating pain.

Here is more research on CBD for pain:

Much of what is known about CBD comes from recent studies which mostly favor the use of cannabidiol and other cannabinoids for managing pain. Many show positive results, but whatwe don’t have are detailed studies looking at how CBD may impact users who use it for conditions such as arthritis or severe back pain.

How Do You Use It?

CBD oil can be applied topically or ingested to provide relief from pain. Some CBD products like tinctures provide a way to take CBD oil directly; by placing a few drops under the tongue. This may be a quick way for getting the compound in your bloodstream to stop pounding pain, but it’s not the only way to use cannabidiol.

Your main options for taking CBD oil are:

Are There Side Effects?

CBD is generally safe and tolerated by most people who take it. Chances of experiencing side effects are low and no cases of life-threatening side effects have been published. That being said, some first-time users may experience drowsiness, stomach upsets, or nausea. A few other reported side effects are:

Any side effects caused by ingesting or applying CBD on the skin will subside once you stop using the compound.

Cases of drug interaction require additional study and may be more serious; which is why health experts advise consumers not to mix CBD oil with other drugs without discussing it with a doctor. Even though it’s likely that CBD won’t cause major problems, drug interaction is still considered a serious issue.

Use CBD safely and discuss any emerging issues with your doctor. Don’t take too much when working or operating dangerous equipment, for it may cause sleepiness. 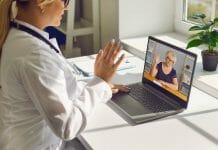