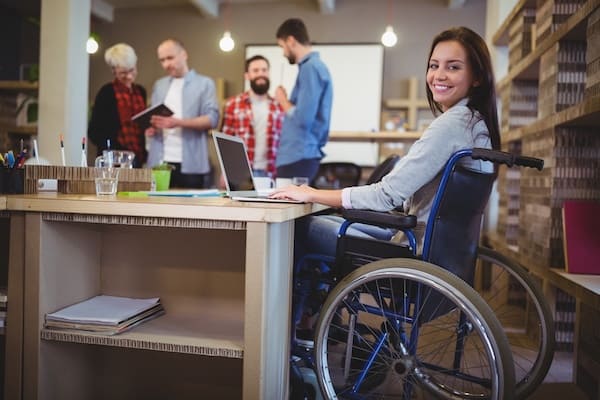 This article addresses long-term care administrators serving in the additional role of grievance officer. They’re predisposed to a pattern of performance termed, one-off syndrome. Administrators who also process filed grievances are susceptible to viewing all problems—resident complaints, various staff errors, cultural, HR, financial issues—as one-time occurrences; each and every one of them nonrecurring. For a workplace-view such as this to attain dominance reflects an overgeneralized belief that a singular approach to handling grievances happens to be universal to any and all problems of facility administration.

Yet the fault-line begins here: while some resident grievances are unique and require one-time handling, many others are plainly repeated symptoms of the same underlying cause. If repeated instances of nurses’ aides getting into tiffs with residents was an issue, the usual rational recourse would be a training class on people skills, perhaps by shift. To most organizations the notion of addressing each complaint instance with each aide, as it occurred, would be both wasteful and possibly limitless in duration. They wouldn’t even consider it.

On the omission side of error, here’s another example: medical technicians turn in requests to nurses for reinserting a medication prescription to a resident’s file if it ‘somehow gets deleted.’ Most organizations would be thinking ‘root cause’ at this point and investigate why that keeps happening and end it, full stop. But to one-off syndrome thinking, since the resident in question reminded the medical technician of the error, the ‘problem was solved.’ Case closed. [Until next time; which will definitely occur.]

According to two internationally-recognized authorities on quality, no less than 85% of all error, failure, oversight, customer harm/inconvenience, and detriment to business operations is directly attributed to inadequate management, its complicity in poor design of operations, and the unaddressed flawed systems underpinning it. Only 15% of fault can be accurately attributed to employee error.

Of the nearly-300 forms of human biases, one has solid footing in the one-off syndrome. It is the Law of the Instrument, aka Law of the Hammer. Its core meaning is this: If all one sees is a hammer, then everything looks like a nail. A one-approach-fits-all dovetails perfectly to the one-off syndrome but not with reality: as mentioned, many problems are actually symptoms of deeper ‘root’ problems. By reacting to the symptom leaves an organization open to needless repetitions of the same problem disguised in different forms. Secondly, there are different classes of problems requiring different approaches. For example, trouble-shooting is different than problem-solving, is different than decision-making; and each solves a different type of problem.

Two more points round out the syndrome, inward-focused and willful ignorance. Inward focused denotes how administrator attention is not placed on residents (the market), but rather on staff. Logic would suggest that, since management provides a staffed grievance office, it mistakenly takes a reactive posture by passively waiting for ill-treated customers to voice their needs in the form of a complaint; only then will management take action. Facilities embracing patient-centered service would of course shun this inefficient and reactive posture; since it blindly emboldens management to devote its full attention to staff.

Reinforcing the matter, the education levels of staff are wide-ranging: from high school graduates serving as aides, to master’s degree level nurse practitioners. This heterogeneous mix of personnel requires a two-tiered management focus, or otherwise a single approach ‘dumbed down’ in order to quasi-mediate service personnel issues around relationships, communication patterns, reporting roles, and so on. At any rate, what results is an introverted organization that’s clueless to the needs of its customers; a sure hindrance to being driven by the positive forces of the marketplace.

Lastly, there’s the issue of willful ignorance (WI). WI is double-sided. The front side consists of operational flaws that administrators and marketing personnel ‘forget’ to mention to applicants and their guardians prior to making a purchasing-decision of placing a loved one in the facility. [For example, not mentioning that their boilers cannot supply ample amounts of hot water to meet kitchen, resident room, and shower-room demands.]

The back side of WI consists of carefully-worded verbal and written surveys and interviews seeking resident feedback about service. When WI rules, it prefers neutrally formatted questions that yield less-damaging quantitative answers (how many times this week/month was your shower time cancelled?). Or not venturing too far into quality of services (How would you rate the shower room on cleanliness: □ Poor?  □ Fair?  □ Average?  □ Good  □ Excellent?).

A neutral checkmark beside ‘Average’ omits self-disclosure of plastic covers from throwaway razors that aides toss on the shower stall floor for bare feet to possibly slip on or get cut feet. It doesn’t address the combs and hair brushes with human hair left lying around. The dark blotches on floors. The odd odor emanating from the shower chair. In short, there’s much the watchful eye might detect if the survey occurred immediately after a scheduled shower, for example. So, how often do administrators or assigned supervisors spot check different units in the facility to ensure a set standard of compliance is maintained? For that matter, what’s the likelihood of a worthy standard having been set? Or more poignantly, does the facility suddenly ‘change its stripes’ on federal/state inspection day?

This paper was inspired by an ostensibly four-star rated facility. It’s assumed that whoever does the rating, knows the criteria and effectively assigns those ratings. That said, it implies that what’s observed in this locale is possibly better, but certainly no worse, than what can be found elsewhere. So, it’s assumed that facilities operated under leadership that exhibits the one-off syndrome would also show evidence of:

▪ Repeated occurrences of noncritical medications ‘disappearing’ from resident records and either not being discovered; or at least undiscovered until the next quarterly physician’s review.

▪ Dubious nurse’s aides’ abilities to clean resident restrooms after providing personal clean-up care to residents. Couple that with little/no supervisory spot-checking, and the result is poorly sanitized resident restrooms as fertile ground for infection. Further compounding the matter is cleaning-staff ignorance to go beyond ‘what’s visible to the naked eye’ and think ‘preserving exacting sanitary standards,’ given the routine care practices and setting.

▪ Med techs occasionally issuing the wrong dose or wrong medication to a resident.

The list goes on, but listing every instance is not the objective, here. Providers who personally relate to the machinations outlined in this paper are encouraged to make some drastic changes that will better serve residents’ best interests, most-assuredly inclusive of the long-term, and definitely shunning the practice of responding solely on ad hoc bases.

Not a certainty for every provider who fits the mold elaborated herein, but indicative of many who do, is a leadership vacuum. When such a vacuum is in effect, it means staff run operations on the fly: aides, medical technicians, and nurses. General order, schedules, activities, and personnel are therefore unreliable. Staff have not the training, the facility, foresight, and wisdom of experience to ensure work flows, completes, and achieves outcomes as expected. A closer description of the work that transpires could better be described as haphazard, hit-and-miss, and par at best; yet more likely subpar is the usual observed profile. Figuratively, think of this condition as though it were employee-operated, but notowned. If workers had a direct ear to their market’s lips, they’d quickly catch on to why they were about to become extinct.