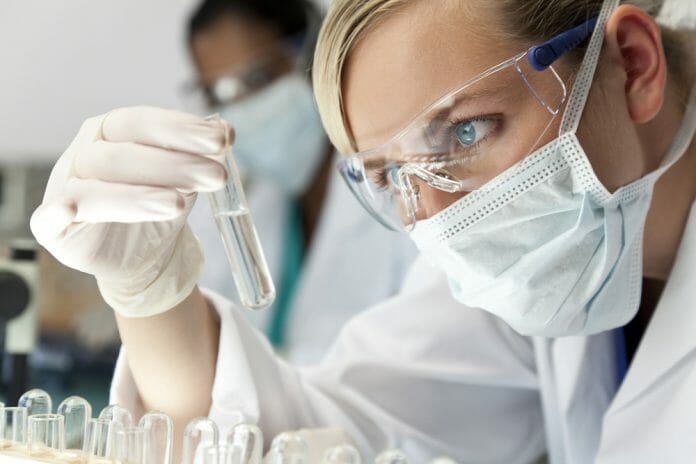 Less than a decade ago, approximately 200 rare genetic disorders classified as primary immune deficiencies (PI) were identified. Patients with PIs lack critical elements of the immune system that normally shield the body from infections, certain cancers, or other debilitating outcomes. Today the number of identified PIs is over 400, a testament not only to the rapid advances in genomic sequencing that are leading to new medical discoveries, but also to the increased attention paid to rare diseases.

But even as rare disease recognition grows, patients suffering from these illnesses encounter challenges that impede access to treatments that could improve and even extend their lives. Public policy makers, scientists, patient advocacy groups, and drug developers have historically engaged, to some degree, across a spectrum of initiatives to address rare diseases, but we have a long way to go. While the US Food and Drug Administration approved 27 therapies for rare or orphan diseases in 2021 alone, regulatory approval does not guarantee access, and many hurdles to investigative research, insurance coverage, and final product availability still exist.

One recent challenge was the SARS-CoV-2 pandemic. In 2020 and 2021, as attention was shifted to understanding the SARS-CoV-2 virus and developing vaccines and antibody treatments, research dollars and rare disease initiatives may have been deprioritized. This unexpected interruption likely left patients and rare disease researchers wondering when some semblance of normality might return, and scientific and advocacy work generated before the pandemic could be reignited. As we begin to emerge from the initial pandemic assault, we now have an obligation to ensure that relevant groups are again aligned and working toward common goals to address rare diseases. It is imperative that we take steps to ensure this.

The National Institutes of Health (NIH) estimates that approximately 25 to 35 million Americans are living with a rare disease, illnesses typically affecting less than 200,000 people. In the US, many rare diseases affect far fewer individuals, some occurring in less than 1 in every million or more people. Developing safe and effective treatments for these extremely small patient populations takes time, resources, patience, and collaboration across industry, academia, and both public and private policy sectors. No one entity can do this alone.

One of the ongoing challenges in the rare disease space is availability of research funding.  In fiscal year 2020, NIH provided $5.95 billion in grants to scientists studying rare diseases, according to Statista, a sum that was up only slightly over the previous year and that paled in comparison to available funding for non-rare diseases. But where gaps may be exposed in government support, biopharma companies focused on rare diseases raised nearly $23 billion in venture money and debt in 2021, up 28 percent over the previous year, according to DealForma and the rare disease organization Global Genes. In addition, numerous larger pharmaceutical companies have either enhanced or added rare disease drug development to their portfolios. To be clear, we need it all.

Policymakers in local jurisdictions and in Washington should be often reminded of the challenges faced by families dealing with rare diseases, and encouraged to promote a stable source of research dollars and other needed support. Because beyond the science, many other challenges still exist.

For example, patients with rare diseases face significant financial burdens. In a 2019 survey by the National Organization for Rare Disorders (NORD), 76% of respondents reported financial challenges stemming from their diagnosis of a rare disease or that of a family member. According to NORD, 61% of survey respondents were denied coverage for rare disease treatments or faced significant delays in coverage. In addition, health insurers may place drugs for rare diseases in formulary tiers that require the highest cost-sharing by patients. In doing so, their expenses may become untenable, forcing some to go without medication or use alternative treatments that may be less safe and effective, according to the NORD report.

There may also be disparities in coverage of rare-disease treatments that appear to underemphasize the value of the patient in the context of cost-saving.  Administration of a particular therapy, either in the hospital or home setting, could result in costs, inconvenience, or physical challenges that may not align with the concept of best possible care. Remember, patients with rare diseases have had their lives altered in sometimes unimaginable ways due to inborn genetic errors, not through any controllable or manageable self-actions. Our combined goal should be to keep patients with rare diseases out of the hospital and fully functional within our social structures.

To level the playing field in rare diseases, federal lawmakers have, and should continue to enact legislation to support patients with rare diseases. On the research side, the Orphan Drug Act passed in the early 1980’s, provides drug manufacturers with incentives to develop new therapies for diseases with a patient population less than 200,000. More recently, the 21st Century Cures Act (Cures Act), signed into law on December 13, 2016, was designed to help accelerate medical product development and bring new innovations and advances to patients who need them faster and more efficiently.

On the coverage side, the Access to Rare Indications Act of 2021 proposes requiring private insurers to expedite formulary exceptions for rare-disease treatments, as well as appeals filed by patients who are denied coverage. The Speeding Therapy Access Today (STAT) Act of 2021 proposes improving coverage for Medicare and Medicaid patients with rare diseases, and enacting policy reforms at the FDA to speed new rare-disease drugs to market. Both bills, however, are stalled in the U.S. House of Representatives.

Prescribers, trade organizations, patient advocacy groups, and manufacturers should continue to work with members of congress to advance these important initiatives. Even the prohibition against pre-existing conditions exclusions within the Affordable Care Act provides benefit for patients with rare diseases, and should be protected.

Solving rare disease research funding challenges and patient access issues is not a burden to be carried by any single group. It is, and should always be, a collective endeavor with all relevant parties contributing. While much progress has been made in the last 20 years, biopharma developers, advocacy groups, policy makers, insurers and other stakeholders must continue to come together to solve these challenges for patients with rare diseases. Without a collaborative mentality, we may fail far more frequently than we can succeed together.