Is It Time To Ditch Mobile Apps And Embrace The Smartphone As The Solution For Patient Engagement? 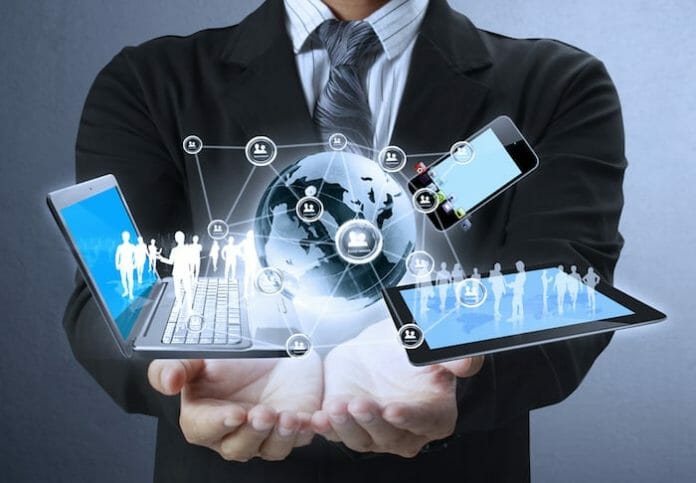 You may wonder if the headline question, above, makes any sense, at all. Aren’t smartphones and apps intertwined? Aren’t apps the way people “use” mobile phones? Well, today the answer is mostly “yes”, but that likely is about to change.

People certainly use and rely on, apps but that does not mean the mobile phone is useless without tapping the functionality of a downloaded app. People use embedded, out of the box smartphone capabilities more than you think. The purpose of embedded systems is to control a specific function within a device. They are usually designed to only perform this function repeatedly, but more developed embedded systems can control entire operating systems. For instance, home appliances, smartphones, the heating and security systems that operate without interference in our homes; all of these use some type of embedded system technology to function.

Before the introduction of the iPhone in 2007, the process of navigating daily life involved a variety of digital and analog processes. There was e-mail, websites, phone calls, faxes, printers, texting, and so on. It was all cool. But it was still kind of hard.

In the 15 years since that revolutionary Macworld unveiling, the smartphone evolved from a slick gadget loaded with potential to a device that most people cannot live without. Over 85% of adults now own a smartphone, and there are few things you can’t do from the palm of your hand.

The hard part of arming every consumer with an expensive, powerful, fully connected minicomputer has largely been accomplished. Not surprisingly, the software market for smartphones has become huge and saturated.

In 2020, consumers downloaded over 200 billion mobile apps from a pool of more than 5 million options. While some are great, most are not. One research study found that a whopping 89% of smartphone users’ time is spent on average of any number of combinations of 18 apps. That’s an engagement rate of .00036%!

For the healthcare industry, where everybody is a “customer” at some point, a digital engagement strategy built around smartphones should be an incredible opportunity to deliver on the promise of a consumer-like experience – one that’s on par with other industries to improve patient engagement, close care gaps and improve outcomes.

It costs $425,000 on average to develop and launch a mobile health app. There are now more than 300,000 estimated healthcare apps, yet patient adoption remains unacceptably low.

When the COVID-19 pandemic emerged, it created a perfect storm moment to drive massive patient adoption of mobile apps. According to McKinsey, in 2021, virtual care (telehealth visits) rates stabilized at levels 38x higher than pre-pandemic levels. Many thought the virtual care push would become the springboard to drive the masses to start using all of the apps that had been built to support patients.  Did the needle finally move? Research shows it moved a little – well, sort of.

In December 2021, Lifelink Systems’ did a consumer poll to get a sense of how patients were using healthcare mobile apps. More than a third, 36%, of respondents said they used a mobile app in the past year, which is an uptick from past usage. The data also suggests that these app encounters were episodic events. Of those who did recently use a healthcare mobile app, only 20% (or 7% of all respondents) say they use it regularly. In other words, patients are still not actively, regularly engaged with healthcare providers through their smartphones.

Healthcare mobile apps do not suffer from a lack of functionality. Many of them have evolved into powerful software tools. The problem is that designers have underestimated what patients are willing to put up with to use mobile apps. Friction is a big problem.

The key challenge to driving patients’ adoption of technology has long been the blend of complexity, regulations, security, and bureaucracy. The question the healthcare industry needs to ask itself is if mobile apps are a viable long-term strategy to engage patients. If 85% of them own a smartphone, what will it take to get 75% of them to use the device to book appointments, exchange information, and regularly interact? Is it a better app? Does it even need to be an app at all?

Smartphones are here to stay. And they will continue to rapidly evolve and get even more powerful. Why not just take advantage of the native capabilities that come pre-installed with every purchase? Is it really even necessary to add an app to the mix anymore?

Web browsers, SMS-messaging, the camera, maps, digital wallets, face ID, voice recognition are all there, pre- “loaded”, today. Different combinations of these features can be the future of mobile patient engagement. Apps may package functionality in handy ways. But if that comes at the expense of friction and resultant rejection by most consumers, maybe the time has come to tap the raw power of the smartphone.

The key innovation to maximizing these “built-in” capabilities is conversational AI, where interactive messaging takes the place of downloads, passwords, menu trees and complexity. Simple, smart messaging delivered through SMS and Web browswers becomes the user interface. The other phone capabilities are tapped as needed.

For example, imagine a patient has an upcoming appointment. They get an SMS message saying they have an appointment. They click on the link, which opens a secure, HIPAA-compliant browser to authenticate the user and walk them through the intake process. They can access their insurance card in their digital wallet solution or take a picture of it. Logistics to the appointment are supported with maps and transportation tools. The phone takes on the role of a digital assistant and handles the entire pre-visit administrative process.

After the appointment, the same device helps with a prescription. It also can remind, check in and much more. And importantly it can do all of this 100,000 times an hour, in any language, across large patient populations.

Usually, the most advanced technology on the planet is taken for granted because it blends simplicity with satisfaction. The telephone dial tone reliability did it for the analog generation. Google did it for the internet generation. And the smartphone is advancing to a place where mobile apps may suffer the same fate as software that was once sold CDs.

The Smartphone is an amazingly powerful machine. Let’s put it to work.