How to Use a Condom Properly 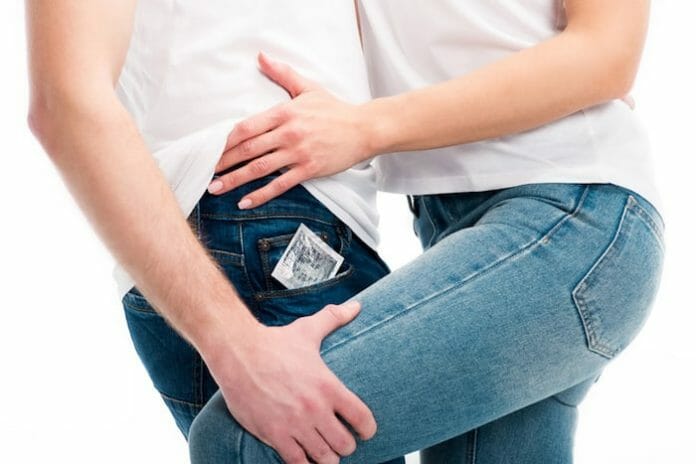 Disclaimer: We earn commissions if you shop through the links below.

Condoms are one of the most important ways that you can protect yourself and your partner from sexually transmitted infections as well as unwanted pregnancies. It’s the most popular form of emergency contraception and male birth control.

Condoms work because it uses the barrier method of contraception and provides extra protection even if your partner is taking a birth control pill or even female condoms.

They are inexpensive, easy to use, and widely available. While it minimizes your risk of pregnancy, did you also know that a condom can help prolong ejaculation?

How do I put on a condom?

Be careful when putting on a condom. Don’t just pull it quickly over your penis; instead, roll down from top to bottom. This way, there will be no creases in the latex which can cause breakage.

What size condom do I need?

Condoms typically come in three sizes for you to choose from:

Now that you have the proper measurements, you can check condom sizes from different brands to find one that most closely matches your erect penis size.

What should I look for in a good-quality condom?

There are several things to look for when buying a new condom:

The bottom line is that condoms offer great protection from pregnancy and sexually transmitted diseases but still allows you to have a pleasurable experience with your partner.

So, enjoy and be safe!