How Cloud Computing Has Changed Healthcare IT 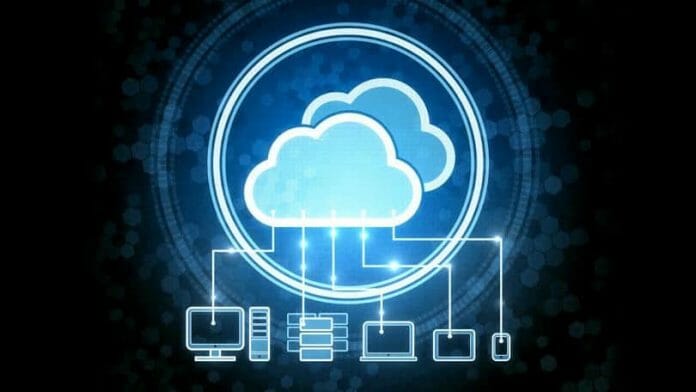 Cloud computing offers scalability, agility, and efficient storage, among other benefits. These upsides have facilitated the expansion of cloud computing, as has the integration of technologies such as wearable devices, big data, and the “Internet of Things” (IoT).

The cloud has also accelerated because of broader healthcare issues such as the increased flexibility of health plans and compliance with the Patient Protection and Affordable Care Act (often shortened to the Affordable Care Act or the ACA). These influences are yielding extraordinary growth figures: by 2023, the cloud market is expected to hit $44.93 billion.

Spurred by the transition to handling ePHI in a fully electronic format, other revolutionary technologies are proliferating within healthcare as well. Notable technologies include those listed above–AI, IoT, big data, wearables–as well as newer elements like blockchain.

Like the fields of robotics and AI, healthcare has ventured into the type of artificial intelligence that supports video and imaging analytics, called computer vision. Computer vision is projected to grow at 47.54% over the next five years, from $3.62 billion in 2018 to $25.32 billion in 2023.

In healthcare, the evolution of computer vision will allow researchers to locate unusual aspects within imaging studies in fields that use images for diagnoses, such as pathology and radiology. Other healthcare applications for this technology include biometric security, quality control, patient monitoring, and medication adherence.

Internet of Things applications often leads to a variety of gains, including a drop in operational costs, improved efficiency, and a more refined infrastructure. The IoT continues to grow as organizations seek to improve their processes, operations, and forecasting, as well as streamline their management.

In healthcare, IoT technology allows for the simple gathering of data within numerous databases, such as those containing electronic health records and population health information. The value of IoT technology in healthcare and other fields is trending upward; Persistence Market Research predicts worldwide revenue for IoT analytics to rise from $19.4 billion in 2017 to over $60 billion in 2025, achieving a 16.2% CAGR (compound annual growth rate).

As wearables continue to become more prominent and their capabilities increase, healthcare organizations can collect a richer profile of individuals’ health, according to a report released by Business Insider Intelligence.

The power of these systems represents an opportunity for healthcare firms to stand out, create engagement, and improve value. The benefits of incorporating wearables into your approach is clear when you look at the consumer adoption rate: it more than tripled from 2014 to 2018 (growing from 9% to 33%), according to Accenture; and that number will continue to climb, with roughly three-quarters of respondents saying that they view wearables as beneficial.

Wearables are one key example of how big data is already changing healthcare. Samsung Gear Fit, Jawbone, and Fitbit are examples of wearable devices that allow you to monitor your own fitness while uploading your results for comparison to other users.

In the coming years, your doctors will increasingly have access to this data, which they can use to better craft your treatment. Beyond individual recovery, the huge pool of public health data that results from these systems will allow for better social preparation as particular diseases become increasingly common.

Blockchain can act as the glue that holds together all the pieces of your health record, as noted by Randy Bean and Grant Stephen in Forbes. Blockchain is a distributed ledger that allows you to securely log and store transaction data. Made up of connected transaction blocks, it is an unchangeable record of peer-to-peer transactions.

Blockchain uses standardized encryption methods so that anyone using the network can access and store data. All records are distributed and stored throughout network, in lieu of unified management from your organization. This technology allows a reliable way to track all the adjustments made to health data in a way that addresses issues with interoperability and integration of numerous proprietary environments. In so doing, blockchain produces records that have strong integrity regardless of the fact that they interact with a spectrum of health systems.

Healthcare has been cautious and careful about adopting cloud because of concerns related to compliance and security. The Department of Health and Human Services (HHS) has made it clear that technologies can be compliant if the right safeguards are in place, and the same is true of cloud-supported technologies such as IoT, AI, wearables, and big data.

Marty Puranik co-founded Atlantic.Net from his dorm room at the University of Florida in 1994. As CEO and President of Atlantic.Net, one of the first Internet Service Providers in America, Marty grew the company from a small ISP to a large regional player in the region, while observing America’s regulatory environment limit competition and increase prices on consumers. To keep pace with a changing industry, over the years he has led Atlantic.Net through the acquisition of 16 Internet companies, tripling the company’s revenues and establishing customer relationships in more than 100 countries. Providing cutting-edge cloud hosting before the mainstream did, Atlantic.Net has expanded to seven data centers in three countries, with a fourth pending.