EP Procedures as a Profit or Loss Driver 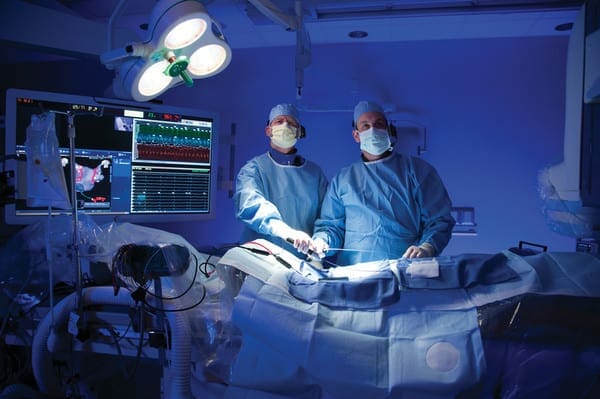 Reprocessing May Tilt the Scales

Electrophysiology (EP) procedures to treat patients with Atrial Fibrillation are among the fastest growing procedures in the United States. Changing demographics as well as improvements in technology that expand the range of patients who can be successfully treated have been driving growth rates in the high teens, and growth is expected to continue at this rate.

At the same time, EP procedures play a key role in the financial metrics of many hospitals. Depending on payer mix, the EP service line can at times serve as a profit contributor that offsets losses on other service lines, such as ICU and patient care units. On the other hand, with an unfortunate payer mix, a hospital will have a hard time keeping EP procedures profitable, especially for cases that are complicated and take longer time.

Why do EP procedures play such an important financial role? The explanation has to do with reimbursement rates, device costs and procedure complexity. An AFib procedure is reimbursed by Centers for Medicare and Medicaid Services (CMS) – as an outpatient procedure – at about $20,700, while private insurance reimbursement averages $33,417. These reimbursement levels make AFib procedures among the most expensive (or lucrative, depending on perspective) across hospital service lines. On the cost side, these procedures are also massive: The EP lab is one of the most expensive rooms in a hospital (some administrators I have talked to suggest an hourly cost of $2,500, just to “keep the lights on”).

In addition to this, medical device costs per EP procedure average $10,500, with some cost variation based on procedure, physician choice, contracted price, and choice of technology.  In the United States, AFib procedures are estimated to cost $2.5 billion in medical devices alone. According to the Advisory Board, median profit from commercial (private insurance) procedures is 47 percent, which equals $15,700 per procedure. Assuming a similar cost structure for CMS reimbursed cases, CMS reimbursed cases would garner a profit of $2,800 per case.

What further complicates financial management of the service line is variation in procedure duration. An AFib procedure that results in effective ablation to eliminate atrial fibrillation in the patient can take two hours. Or it can take seven hours. Procedure time depends on AFib severity, specifics of the case, patient health, technology choice, and physician skill. And while it is possible to determine that a case will be complicated prior to the procedure, unfortunately, it’s not as simple to determine that a case will not be complicated.

Bottom line: EP cases are expensive. But if the equation comes out right, they can also be very lucrative for the hospital. Many hospitals experienced the heavy weight of the service line when elective surgeries were shut down during April and May: Shutting down EP procedures (along with, for example, orthopedic procedures) and pumping resources into critical care services meant shifting operations away from profit-generating service lines towards service lines that operate with a loss. Essentially, hospitals were turning off the profit-generating faucet and opening the loss-generating faucet all the way. While this move made sense from a short-term public health perspective, recent reporting about the impact of COVID-19 on operating margins in hospitals demonstrates that this is not a sustainable solution: Hospitals need highly profitable service lines to remain financially viable – in normal times. This need is emphasized in a pandemic, where hospital profitability is a public health concern.

Single-use device reprocessing involves working with a third-party reprocessor to identify devices labeled “single-use” by the manufacturer that can be reused due to FDA reprocessing clearances. If it sounds absurd, it is because it is absurd: Manufacturers have increasingly launched devices as “single-use,” presumably to reduce patient risk due to device re-use, but more likely to drive revenue. (Data show that new devices actually fail more frequently than reprocessed ones.) So FDA has created a mechanism by which advanced reprocessing companies can achieve FDA clearances to reprocess specific single-use devices, provided they live up to FDA regulations – and provided they can submit data to convince FDA that reprocessed devices are functionally similar to new ones and do not involve added patient risk. In other words, reprocessing companies have to meet the same requirements (in some ways, stricter requirements) as any other medical technology company that wants to sell its products.

Recently, more clearances to reprocess single-use devices have been granted in the EP arena than anywhere else. Hospitals have focused on these devices because they are so expensive, and reprocessing companies have responded with a massive R&D effort that has meant that even very complex technologies, like catheters that create maps of the heart, can now be reprocessed.

As a consequence, today, an EP lab can reduce device costs in an AFib procedure by almost 30 percent, from an average $10,500 to $7,500. Given the “tight math” that makes a CMS-reimbursed AFib procedure either profitable or not profitable, this can tilt the scales and make the rapidly growing AFib procedures an important profit driver for the hospital. On a national scale, single-use device reprocessing, with the currently granted FDA clearances, can save U.S. healthcare more than $700 million per year.

The explanation for this is complex, but compelling. Certainly, EP labs could increase their reprocessing savings by better utilizing the program: getting better at buying reprocessed catheters rather than new ones, making sure all devices are collected and sent to the reprocessor, etc. However, the majority of the “lost savings” come from EP labs excluding the most expensive catheters from the reprocessing program. These are catheters that are more complex and more recently cleared for reprocessing by FDA. Importantly, given FDA’s strict criteria, they are devices that can be safely cleaned and tested by the reprocessor. FDA operates with only one set of standards to grant a single-use device reprocessing clearance: that it is demonstrated that the reprocessed device presents the physician with the same functionality and patient safety as a new device.

However, some of the original manufacturers of these more expensive devices are playing hardball with the EP labs, restricting the labs’ ability to use reprocessed devices: EP labs and physicians have come to rely on representatives from the manufacturer for the technical mapping of the heart that is so crucial in an AFib procedure. And while some manufacturers appreciate the role of cost reduction in their own long-term profitability, others are withdrawing mapping support if reprocessed versions of the more expensive devices are used in the procedure.

This may sound like an operational detail, but financially, a lot is at stake here. Out of the roughly $3,000 savings potential in an AFib procedure, about $2,200 come from these more advanced catheters excluded by the manufacturer from reprocessing. A lot of EP labs therefore save only $800 in an AFib procedure, where they could have saved $3,000. So, the scales may not tilt anyway.

Nationally, this “lock” on reprocessing costs hospitals more than half a billion dollars per year. However, more and more EP labs are insisting on maximizing their reprocessing savings, creating a different relationship with the manufacturer that is based less on fighting over sales dollars and more on collaboration and learning – to optimize patient care in a financially sustainable manner.