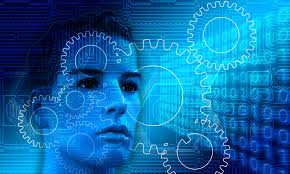 While building a culture of trust is essential to a leadership team’s growth and success, the fear of conflict can stop any positive growth in its tracks. Conflict happens, especially in business, and the key is to embrace rather than avoid it. As Patrick Lencioni writes in the Five Dysfunctions of a Team, “All great relationships, the ones that last over time, require productive conflict in order to grow.”

Conflict is not taboo, especially in teams where trust is the norm. In fact, allowing conflict provides the opportunity for a multitude of ideas. If there is trust in place, conflict won’t lead to heated exchanges but instead can result in passionate dialogue around key issues – with a full-scale examination of ideas and resultant decisions – that can move your organization forward by leaps and bounds.

While general conflict can be detrimental if left unchecked, I’ve found that when conflict is handled correctly there are definite advantages including:

Earlier Problem Identification – Kari Boyle, Queen’s University IRC Facilitator writes that workplace conflict can shine a light on deeper problems that need to be addressed. “Even the most seemingly trivial disagreements might stem from underlying issues that, if not addressed, are likely to fester and then explode down the road. Thoughtful managers can watch for patterns in the workplace and engage early with the involved staff before the workplace is disrupted by a full-fledged conflict.”

Creates Openness to New Ideas – In a rapid-fire exchange, conflict can either lead a person to stand their ground and remain committed to their original position, or it can open their eyes to new perspectives on their ideas or others. Psychologist Sherrie Hall writes that, “Conflict is an effective vehicle for the generation of new solutions, gaining trust and developing deeper agreements; all of which are great for networking, bonding and the establishing successful connections.”

Improves Relationships – When you feel comfortable with your colleagues, as in comfortable enough to disagree, it says a lot. In fact, the simple act of debating can help build or further strengthen your relationship. If a team is functioning cohesively and you can communicate constructively and talk through differences of opinion, you could very well find solutions you may not have uncovered otherwise.

Ultimately, as leaders, we need to remember not to fear conflict, but to welcome it. After all, that’s where problems are identified, ideas are born, and relationships are built. As Lencioni writes, “By engaging in positive conflict and tapping into team members’ perspectives and opinions, a team can confidently commit and buy into a decision knowing that they have benefited from everyone’s ideas.”

Rand O’Leary, FACHE, most recently served as the PeaceHealth Chief Executive for the Oregon Network. He shares his thoughts on leadership and the healthcare industry at randoleary.com.