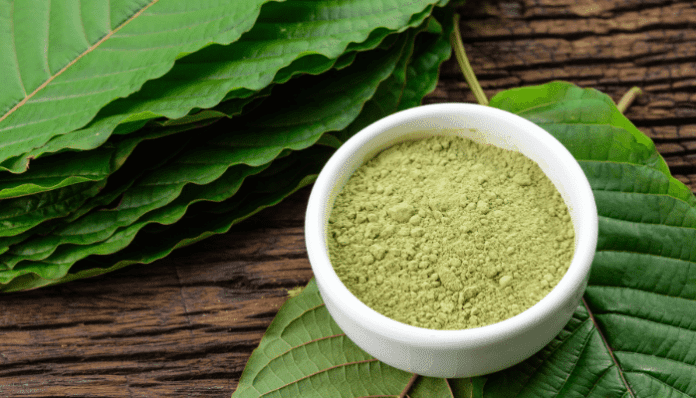 With the speed of information today, some botanical substances that have been known for their mood-enhancing qualities for hundreds of years are now emerging as popular treatments in every corner of the globe. One of these that has recently appeared in mainstream culture throughout the U.S. and Europe is the kratom plant.

It has only been in the past decade or so that the kratom plant (Mitragyna speciosa) has gained significant recognition for its herbal potential. Kratom grows indigenously in Thailand and Southeast Asia, where it has long been used for its powers in providing both stimulant and opioid-like pain relief effects.

In the U.S., kratom’s arrival on the market has mostly been to treat withdrawal from opioid dependency. Word traveled through smoke shops and the internet when others became interested in using kratom for pain management, general relaxation, and relieving depression and anxiety symptoms.

Today, kratom is still legal in most of the U.S.; however, how long it will remain so is uncertain. Those planning to purchase it may want to check current laws on a state-by-state basis, as legislation regarding kratom sales by individual jurisdiction can change.

For example, a 2016 news release by the American Osteopathic Association, or AO, reported a then-current ban of kratom sales in Alabama, Florida, Indiana, Arkansas, Wisconsin, and Tennessee. As of 2020, a more recently updated kratom legality tracking map maintained by an organization called the American Kratom Association notes that kratom is currently legal in Florida, with the exception of Sarasota County.
It’s suggested that if you are interested in a medical endorsement of kratom from a physician, you may want to consult an osteopathic physician.

Indeed, the American Osteopathic Association quotes Walter Prozialeck, Ph.D. and author of studies about kratom, “There’s no question kratom compounds have complex and potential useful pharmacologic activities, and they produce chemically different actions from opioids,” says Prozialeck. “Kratom doesn’t produce an intense euphoria, and even at very high doses, it doesn’t depress respiration, which could make it safer for users.”

In Asia, where it has been used for hundreds of years, kratom is used therapeutically against fatigue and pain. It’s also employed in the East to combat the common cough and diarrhea, as well as opioid dependency.

Beyond its applications for fighting pain, mitigating fatigue, and treating opioid dependency,  kratom is gaining recognition for other benefits. As noted by Worldhealth.net, kratom can:

If purchasing online, researching the vendor should be taken seriously. The following are some guidelines that responsible sellers and producers of kratom powders should provide:

One company that is rapidly emerging as a reputable vendor in the increasingly crowded field of kratom powder suppliers is Organa Kratom.

Consumers often turn to kratom powders to combat depression and anxiety. Organa Kratom’s Green Borneo Kratom Powder is marketed as a multi-purpose variety that effectively promotes relief from stress while boosting energy and focus levels. Like other Organa products, it’s completely vegan and organically grown and comes in non-GMO capsules that are gluten-free.

While kratom products are often sought for their energizing properties and as a more natural alternative to caffeinated beverages and energy drinks, some strains can help users regulate their sleep. Red Bali Kratom Powder and Red Borneo Kratom Powder by Organa are both gaining popularity for their ability to bring about relaxation and help users get needed rest.

Organa Kratom lists as many as 20 different varieties, so it’s worth spending some time on their website to get familiar with the product.

Advice for Starting Out With Kratom Products

Until one understands how kratom affects them personally, it is recommended to start with small quantities, gradually adjusting to the optimal amount for desired effects. Fortunately, the ability to purchase kratom in either encapsulated or powder form gives users an option to take precise amounts or make adjustments through careful measurements.

Another option when testing out kratom is to try various sample packs. Organa Kratom allows consumers to do just that with their Organa Sample Packs. These offer a convenient way to three different strains of your choice from the 20 varieties. This means no waste on varieties that are not your favorites. Once you determine which works best with your particular metabolism and your body’s response, you can order the number of capsules (typically from 100, 200, or 300 capsules) or powder (25, 50, 100, or 250 grams) that you prefer.

Consumers and physicians alike should be mindful of kratom’s therapeutic uses, health effects, availability, and even potential for abuse. If you are considering using kratom, learn as much as you can before you order and pay special attention to selecting the right provider. You want to know what to expect from the product and that the company is responsive to requests for customer service or more information.

Consult your physician or osteopathic doctor if you are unsure if kratom is right for you.

Kratom has the potential for managing pain, anxiety, fatigue, and more, so it’s worth investigating. Find a reputable company, use the product as advised, and read more information from a variety of sources.