Why Can Negligent Doctors Still Practice? 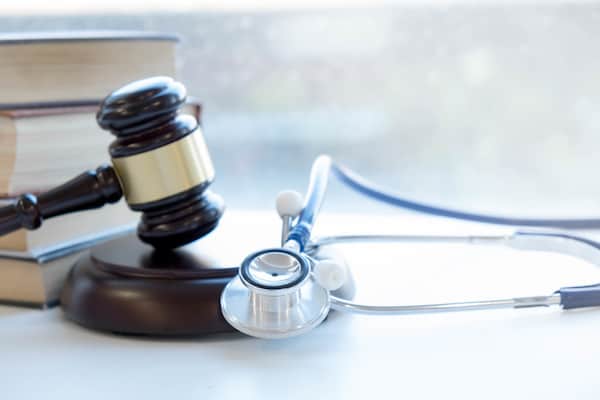 When we visit a doctor, our default belief is that they are a remarkably well-trained, highly-skilled, and extremely responsible professional. We want to embrace this belief because it makes us feel better, but also because absent clear indicators to the contrary, this is what we society has trained us to believe. Doctors are good (absolutely – many are) and we as patients are always protected as much as we can reasonably be.

One of the clear indicators to us in the public that everything is okay is that the doctor is currently allowed to practice medicine. Again, as patients, we assume that if there is a compelling reason for us not to trust the doctor, that doctor simply wouldn’t be an option for us. Doctors who fall below a certain bar of behavior, competency, skill – whatever, really – simply aren’t in circulation.

Then there are those cases that shock our collective consciousness, that show us our beliefs can be more fiction than reality. The case of the ongoing medical practice of Dr. Andrew Green, a Northeast Georgia Health System surgeon, all too clearly shows that not every doctor in practice is one who should be..

In March, a jury awarded $3,000,000 in the case of Frances Mitchell, a 42-year-old woman who died after laparoscopic surgery to remove a pelvic mass from her abdomen. The plaintiff alleged that Dr. Green pierced Mitchell’s small intestine during the surgery and “failed to properly examine Frances Mitchell’s small intestine to ensure that no gastrointestinal injury had occurred before he finished the surgical procedure.” The plaintiff was discharged from the hospital, returned and was admitted and examined by the same doctor, was then released and died two days later.

The Georgia jury deliberated only for five hours to reach their verdict, which was significantly less than the $24 million the plaintiff’s attorney had requested in their closing arguments.

The Gainesville Times reviewed the history of lawsuits in Hall County, Georgia, where the suit was filed, and found that four lawsuits had been filed against Dr. Green and the hospital in the past three years. The hospital’s position is that these lawsuits were simply outliers, not at all representative of the fine medical work Dr. Green always does. In the Times reporting, the paper quoted the hospital’s chief legal officer, who said “these individual cases don’t reflect the thousands of people Dr. Green has helped — including the lives he’s helped save. We look forward to reaching resolution through the judicial process.”

This is where reality and fiction collide for the average person like you and me – people who have no practical choice but to trust not only an individual doctor (if we are even conscious and in a condition to be able to choose between different physicians and hospitals) but the checks and balances of the system itself. One of those foundational checks is between the doctor’s degree of competency (read: “not habitually negligent”) and the hospital/medical bodies that employ the doctor and regulate their behavior.

Paul Lagnese, a Pittsburgh lawyer and co-founder of the medical malpractice firm Berger & Lagnese, LLC, points out that a potentially dangerous physician could practice for years before a picture of her or his liability becomes clear.

“Imagine that a physician hits a point in their career where they become negligent as a matter of course, rather than having made a rare mistake. By this time this comes to the attention of medical boards, there could be multiple ongoing lawsuits that have merit and the doctor is still practicing.”

It is impractical to reduce the cases involving Dr. Green or any other doctor who is serially negligent to a simple risk analysis. What we do know is that there is a substantial body of evidence that medical errors are a leading cause of death and permanent injury. But those in the equation the least able to do anything about it – us, the patients – are the most at risk.

An interesting side note to consider is that the Internet is packed with information for doctors on preventing malpractice claims, even when the search you’re doing is “how can a patient prevent medical malpractice.” What is missing is better regulatory control, by every entity involved in employing and examining the work of doctors, to ensure that when we do walk (or are brought in) to see a doctor, that the person treating us should be there.

Like with so many things in our society today, if we want to be protected, this starts by us protecting ourselves.

Aron Solomon is the Head of Digital Strategy for Esquire Digital and an adjunct professor of business management at the Desautels Faculty of Management at McGill University. Since earning his law degree, Solomon has spent the last two decades advising law firms and attorneys. He founded LegalX, the world’s first legal technology accelerator and was elected to Fastcase 50, recognizing the world’s leading legal innovators. His work has been featured in TechCrunch, Fortune, The Hill, The ABA Law Journal, Law.com, The Boston Globe and many other popular publications.