To most health gurus, CBD has been a familiar term with claims of being miraculous- it is therapeutic and healthy to the human body. However, as many online claims tend to be fake, it’s time for us to delve deeper and reveal the true identity and power behind the CBD oil.

CBD stands for cannabidiol which is usually extracted directly from the hemp plant, a cousin of marijuana. Unlike marijuana, CBD does not cause a “high” feeling and is legal in the United States, provided that it has a limited amount of THC.

Tetrahydrocannabinol (THC), like cannabidiol (CBD), is a natural compound found in lower concentrations in the hemp plant than in the marijuana plant. This is the psychoactive compound in marijuana that makes people feel “high.”

Although both are absorbed by the body, they have varying effects. Despite their similarity in chemical structure, they have different psychoactive effects. While THC is psychoactive, CBD is known to be a non-psychoactive chemical compound. Thus, CBD does not have the same recreational “high” provided by THC.

The 2018 Farm Bill has legalized the industrialization of the hemp plant, provided that it only had 0.3 percent of THC. This has enabled people to harness CBD and THC for its helpful benefits to the body.

The growth of the CBD industry is deeply rooted in its positive effects on the body. These are what CBD stands for in terms of health benefits.

Firstly, it may provide for pain-relief, especially with its potential in easing chronic pain, especially when mixed with THC. This relieves the pain brought by arthritis, sclerosis, and the likes.

The body has a system responsible for regulating functions, called the endocannabinoid system (ECS). Studies have shown that the receiving properties of the said system are impacted, which results in reduced inflammation and interaction between neurotransmitters.

Due to its anti-inflammatory properties, CBD is also found to be helpful in treating acne. As acne is a common problem among teenagers and adults, a natural remedy for this will surely be beneficial to society. Moreover, CBD has properties that inhibit the overproduction of sebum in our skin, which is one of the common causes of acne.

While it is usually treated with pharmaceutical drugs and prescription medication such as antidepressants, CBD may be a promising natural remedy. According to research, a healthy dose of CBD could work in significantly reducing anxiety before taking a test.

What makes CBD products a better alternative is due to its lack of side-effects present in pharmaceutical drugs such as substance abuse and addiction. This ability of CBD is attributed to its interaction with serotonin, a neurotransmitter that affects mood and behavior.

However, despite these health benefits, CBD is not a perfect natural remedy. It is known to have some side effects which may vary from person to person. Some of the side-effects include dry mouth, vomiting, dizziness, and diarrhea.

It may also interact with other medication, thus it is always best to consult your doctor before taking any supplements or natural remedies.

As CBD is derived from the hemp or marijuana plant, there could be different types of said oil, depending on the concentration of CBD, THC, and other cannabinoids found in the cannabis plants. So what does CBD stand for in the marketplace?

The isolate contains only CBD and no other cannabinoids. Those containing all naturally-occurring cannabinoids in the plant are called full-spectrum, which includes THC.

On the other hand, broad-spectrum contains everything in the Full-spectrum but does not contain THC.

Is CBD Good for Me?

While this can only be answered by an expert, based on the benefits, it is likely that cannabidiol is beneficial for you, such as CBD gummies!

However, one must be sure to check the contents and the possible side-effects. Moreover, one must be aware of everything being consumed (including prescribed medications). This is to help ensure that no negative interactions would occur.

Like every other supplement, it works differently from person to person. But with these potentials, CBD might just stand for the next big thing in health science.

5 Amazing Cannabis-Infused Recipes to Try In 2022 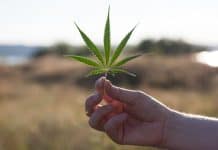