What Bio-Tech Brands Need To Do After Mergers 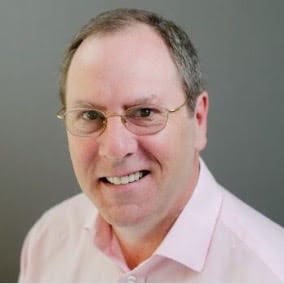 One of the largest industries in the world currently experiencing consolidation through mergers is that of the biotech and pharmaceutical industry.  Industry news on mergers is released on an ongoing basis, with biotech taking the lead as one of the most popular among acquisitions.  2018 could be what is named as an “explosive year for biotech mergers” according to Investor’s Business Daily.  Biotech companies are often times buying up several brands at once, making for mergers that include multiple entities as opposed to a single-company acquisition.

With companies experiencing rapid growth within the pharmaceutical industry, it can be assumed that operational hiccups and complications may arise.  However, with the rise in importance for Business Process Management (BPM), many brands undergoing mergers can more efficiently and effectively streamline two operations into one while ensuring proper documentation for compliance remains in order.

Consolidation strategies are used quite frequently in the biotechnology sector, and can be necessary to compete more effectively against new entrants in the marketplace.  The development of biotechnology has not only resulted in the advancement and treatment of disease, but has increased the competition between pharmaceutical labs and researchers. With an increase in competition, there is also an associated risk that merging pharmaceutical brands may not be adequately prepared for growth and thus results in monetary losses for biotechnology investors.  With any merger, it’s important for companies to consider how to make the transition while still maintaining production and meeting deadlines. Standardization will help to eliminate any “waste” and thus increase profits without damaging the underlying organizations.


The primary focus of any company post-merger should always be a strategic implementation model.  The most important factor post-merger depends on a dynamic management system that can quickly align both organizations to bring changes into immediate results. Specific to the biotech industry, mergers often take place between entities with separate holding statuses, one being privately held and the other public. According to Bio-Entrepreneur, there are approximately 300 public and 1,000 private biopharmaceutical companies in the United States alone.  Lab processes remain different between these organizations, forcing companies alike to come into alignment, along with any processes or procedures dealing with pharmaceutical development.  What’s more, pharmaceutical sales strategies must be branded as one.  Merging companies want to ensure that their ideas are unified immediately and quicker than before, enabling the companies to meet immediate demands without delay. Product-based and clinical trial stage companies have at times been reluctant to merge due to varied interests, making the implementation model even more critical.

Furthermore, many may speculate that it’s more difficult for a biopharmaceutical company to thrive today than it was in years past as the primary focus of drug therapy has shifted away from treating symptoms, and shifted toward understanding the genetic basis of disease.  With these new findings, it’s most important that all information is stored in a unified system or a combination of such systems.  The most effective system is that of process management.  When two pharmaceutical brands unite as one, BPM technology must be efficiently implemented so that customers don’t experience the growing pains that occur when multiple processes create turbulence at the employee and consumer level. Ordering and replacing prescriptions, for example, must become a smooth process at the customer level so that the pharmacy isn’t confused by two separate fulfillment procedures.

The right process management system will help capture key data on process metrics and visualize that information, thus making it possible for management to gain insight into what may have been hidden previously. Such systems are also likely to support the ongoing monitoring processes, identify deviances and ensure compliance. In the Pharma and Bio-tech industries, documented compliance with certain procedures can mean the difference between life and death or the difference between maintaining or losing FDA approvals. The key is to capture, compare, and contrast the difference between the alternative processes and only then decide what a new process should be.  The biopharmaceutical company can then decide to enforce one of their two existing processes, or use them both as inputs to develop a third option. Successful mergers are likely to occur when the new merged organization blends all three into one through a BPM system.

Currently serving as SVP Strategy at Signavio, Mark was formerly a Research Director at leading IT industry analysis firm Gartner. Mark has been around the BPM market for many years and is widely respected for his knowledge and views on business change.  He is the creator of “Next Practice.”

Mark has authored and co-authored four books on business and process management, and he is passionate about the people aspects of change.  He has traveled internationally; learning, teaching and researching the cultural aspects of change and how executives perceive business and process improvement. He has taught thousands of professionals the importance of process, and continues to work with various CEOs in the education of BPM. Mark holds qualifications and certifications in Six Sigma, PRINCE2, Sales, Neuro-Linguistic Programming and Hypnosis.