We Need to Expand the Nursing Education Pipeline 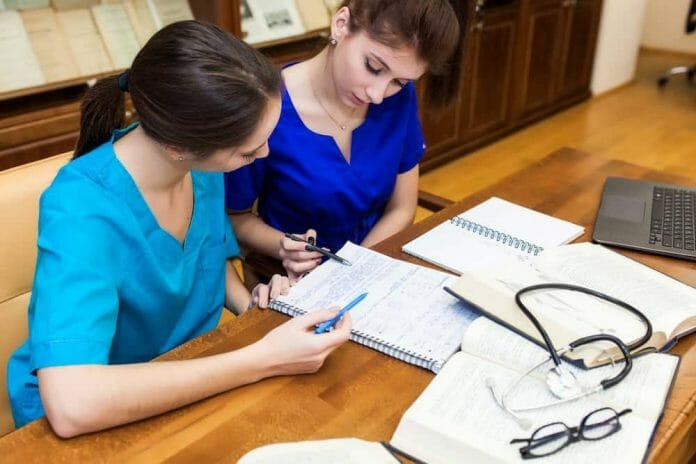 The nationwide shortage of nursing talent is causing healthcare facilities, universities, and policymakers to finally confront a root cause: the nursing education system. America cannot fill its open nursing jobs, healthcare professionals are retiring quickly, and the country is not training nearly enough nurses to replace them.

The 2020 National Nursing Workforce Survey found that the median age of registered nurses (RNs) was 52 years old, while the median for licensed vocational nurses (LVNs) and licensed practical nurses (LPNs) was 53. Over 20% of surveyed nurses plan to retire within five years, and one-third of nursing faculty members are expected to retire by 2025. Moreover, convincing nurses to become professors and train the next generation is difficult when they can earn an average of $110,000 practicing, but just $79,444 as an assistant nursing professor.

Although the American Association of Colleges of Nursing (AACN) reported that enrollment increased by 5.1% in 2019, its members still turned down 80,407 qualified applicants for a lack of faculty and resources to teach them. Meanwhile, overworked nurses suffer burnout, and facilities are struggling to maintain safe nurse-patient ratios.

Action to address this situation is picking up. Some universities have tried to expand enrollment by hiring more faculty or by partnering with community colleges to make degrees more accessible and affordable. State governments, including Florida’s, are investing millions in nursing scholarships and funds to recruit faculty. The White House has increased funding for nursing scholarships and loan repayment, while Congress has focused on regulating nurse-patient ratios.

The following proposals for nursing education match the severity of this crisis:

The U.S. Health Resources & Services Administration (HRSA) runs multiple scholarship and loan repayment programs for healthcare providers and scholars. These include the Nurse Corps, a scholarship for nurses who work for two years in a critical shortage facility (CSF) upon graduation, and the Nurse Corps Loan Repayment Program, which pays up to 85% of nursing education debt for RNs, APRNs, and nursing faculty willing to work two years in a CHF or teach at an eligible nursing school.

Even with the White House promising an extra $1.5 billion for the Nurse Corps and its sister program, the National Health Service Corps, these programs come nowhere close to addressing the talent shortage. The White House itself says we need to graduate 158,000 new nurses every year for the rest of the decade to make up the shortfall.

For perspective, the HRSA’s full-year 2020 report shows that with over $517 million in funding, HRSA scholarships and loan repayments programs reached 11,002 awardees. That averaged to about $47,064 per awardee. The $77.4 million available to the Nurse Corps averaged to $76,000 for each of the 1,013 Nurse Corps awardees. Thus, the $1.5 billion in additional funding would cover about 19,700 nurses.

While we cannot expect one federal agency to solve the nursing education crisis, clearly the funding available to HRSA programs doesn’t match the scale of our shortage. Moreover, these programs target more educated nurses (mostly RNs and above) while skipping over the CNAs, LVNs, and LPNs who are also in short supply and equally essential. That needs to change.

University hospitals are striving to expand enrollment, as they are well aware of the nursing shortage. The University of Utah, for instance, says there are over 2,500 RN positions unfilled in Utah alone. In early 2022, 20 Navy medical personnel, including 14 nurses, were deployed to the University of Utah Hospital to address understaffing that kept 52 beds out of commission. Thus, the university is expanding pre-licensure enrollment by 25% within a year, which amounts to 36 extra students.

Thirty-six students are a tiny dent in the 80,407 qualified applicants that nursing schools couldn’t accommodate. To operate at the scale we need, the federal government ought to incentivize universities to train more nurses.

The University of Utah says it will spend $400,000 per year to achieve that 25% expansion in enrollment. Let’s use that as a benchmark. The university is spending $11,111 per additional student. The federal government could offer that amount per additional student as a subsidy to nursing schools that expand enrollment (adjusted for local cost of living, etc.). That would not only incentivize expansion but likely also enable universities to pay nursing faculty wages that are more competitive with the private sector.

Since 1937, the U.S. government has administered registered apprenticeships—programs in which a trainee learns a trade or profession by working under an expert—in numerous fields including healthcare. Apprenticeships are particularly well suited to CNAs, LPNs, and home health aides, who don’t necessarily need training in a university to succeed at these jobs. Moreover, apprenticeships enable would-be nurses to be paid while they learn how to do the job.

The most likely providers of apprenticeships are large healthcare facilities, nursing homes, and assisted living facilities unaffiliated with a nursing school. They are hard hit by shortages and could benefit from having apprentices on the floor.

Take Dartmouth-Hitchcock Medical Center (DHMC) and Clinics in Lebanon, New Hampshire. According to 2016 research from Case Western Reserve University, DHMC ran an apprenticeship program at the cost of $59,700 per medical assistant (MA). Because the apprentices reduced overtime costs and increased revenue from appointment bookings, DHMC saw a 40% return on investment within the first year.

Yet, among the nation’s 636,515 active apprentices in all industries in 2020, only 6,862 trained in healthcare and social assistance. That included a total of 1,994 nursing assistants. Clearly, this is an underutilized system, and one that could expand the education pipeline without negative tradeoffs for the apprentices or the facilities.

No single measure is a panacea for the issues that prevent qualified people from becoming nurses. However, the combination of more funding for HSRA scholarships and loan repayment, subsidies for schools that increase enrollment, and apprenticeships to train CNAs, LVNs, and LPNs could make a difference. For the sake of hard-working nurses, and the patients they serve, we need to do something.