Patients, physicians and communities have been coming to view venous disease and its symptoms in a new way in the last ten years.

Many who experience vein disorders have been disappointed with traditional methods of care, or have been discouraged from seeking treatment because of limited options. In my practice, covering Maine, New Hampshire, Massachusetts and Canada, we’ve focused on patients ranging from the first appearance of varicose veins to advanced-stage venous stasis ulcers – and explored the best avenue for treatment.

While varicose veins can hinder confidence and the ability to participate fully in life’s activities, venous disease is never simply cosmetic. It is a progressive disease that can lead to incapacitating symptoms, heightened pain, and intensified health concerns. Today, those suffering with venous disorders and their symptoms can improve their overall health, and manage the progression of their disease. Patients can benefit from today’s minimally-invasive therapies with very little pain.

One option for challenging, winding veins has been sclerotherapy foam which can go places that are more challenging for traditional devices. Sclerotherapy is a type of treatment where medicine is injected directly into blood vessels that can cause them to shrink.

For instance, physician-compounded foam sclerotherapy is no longer an option I offer my patients to treat their superficial venous disease. After presenting a case report at an American College of Phlebology meeting of a middle cerebral air embolism in a healthy 36-year-old woman following physician-compounded foam (PCF) sclerotherapy, I was astonished at the number of phlebologists who contacted me and related similar cerebral vascular accidents. At the time of my presentation in 2012, there had been eight previous documented cerebral vascular events or transient ischemic attacks associated with PCF sclerotherapy injection for the treatment of chronic venous disease. Today I believe that number was a gross underestimation of the number of serious adverse outcomes resulting from PCF sclerotherapy.

At the time, I was resigned to replacing PCF sclerotherapy with the more invasive but safer microphlebectomy to treat my patients’ superficial venous disease and tortuous varicose veins. But with the FDA’s approval of polidocanol endovenous microfoam (Varithena, BTG) in November 2013, I can happily say I have not performed a single phlebectomy since. The safety of Varithena has been evaluated in 1,333 patients in 12 clinical trials, including 3 placebo-controlled, randomized trials to date. No clinically important neurologic or visual adverse events suggestive of cerebral gas embolism have been seen in any trial participants. In the 3 placebo-controlled trials, the incidence of neurologic and visual adverse events within 1 day of treatment was 2.7% in patients treated with any dose of Varithena (n=437) and 4.0% in placebo-treated patients (n=151).

Adverse events not so rare with PCF

A 2012 meta-analysis of the frequency of serious neurologic events in patients receiving PCF sclerotherapy reported rates as high as 0.9% with many—but not all—demonstrated to have a patent foramen ovale (PFO). A right-to-left cardiac shunt, such as a PFO, creates a higher risk of an adverse neurological event from the high nitrogen content of manually generated foam made with 1% polidocanol solution and room air.

The patient who developed a middle cerebral air embolism from PCF described in our case report likely did not have a PFO or intra-atrial shunt. The healthy patient developed the cerebral vascular event after receiving a second PCF sclerotherapy treatment for residual varicose veins following completion of endovenous ablation and microphebectomy treatments. During the procedure, a total of 3 mL of sclerosant was injected. (A total of 5 mL of sclerosant was injected during the first sclerotherapy treatment 1 month prior with no complications.) The patient collapsed approximately X minutes after the procedure as she was getting dressed to leave the physician’s office.  Her speech was slurred and she had a dense right hemiplegia. In the ED, an urgent computed tomography scan (CT scan) of the brain demonstrated an air embolus in the left middle cerebral artery (MCA) with early ischaemic changes in at least a third of the MCA territory. The CT scan also showed a cut-off of the proximal left MCA due to air bubbles. Within 3 hours of the onset of symptoms, the patient had a normal neurological exam. Two days later, the patient had a transthoracic echocardiogram that suggested a possible intrapulmonary shunt. But a subsequent imaging 2 months later showed no evidence of PFO or intra-atrial shunt.

Our second published case report on a severe neurologic event following PCF sclerotherapy involved a healthy 56-year-old patient, a physician, who received 3 to 4 injections in the left leg and 2 in the right leg to treat reticular veins and spider veins primarily in the posterior of both thighs. Approximately 10 minutes after the injections were completed, the patient reported feeling lightheaded. A few minutes later, he experienced weakness of the left upper and lower extremities. An initial neurologic examination revealed left-sided hemiplegia with 2/5 muscle strength in the left upper, lower extremities—a moderate stroke presentation. After receiving oxygen by nasal cannula and Trendelenburg positioning, the patient’s symptoms resolved completely within approximately 25 minutes and he has not experienced any subsequent neurologic symptoms. The patient declined an echocardiogram study to evaluate for paradoxical right-to-left cardiac shunt due to the risk of another TIA or stroke.

PCF has no clear safety profile and is also not FDA-approved. A physician’s use of PCF, with its potential for adverse outcomes and lack of FDA acceptance, would likely not be viewed favorably in a court of law adjudicating a malpractice suit when compared with Varithena’s safety and efficacy profile.

The mixture of gasses matter in sclerotherapy. PCF is made in 1:4 of 1% polidocanol solution and room, which contains 70% nitrogen and is poorly soluble in blood. The pharmaceutical-grade Varithena is generated from 2:1 oxygen to carbon dioxide and contains <0.8% nitrogen. The low-nitrogen foam is, therefore, highly absorbable in blood, reducing the risk of gas embolic adverse events.

Another advantage of Varithena is the predictably and consistency of the foam. Varithena’s microbubbles are of uniform size and density with a median bubble diameter of approximately 100 microns and no bubbles greater than 500 microns. The uniformity of microbubbles causes Varithena to remain intact longer than PCF, filling the lumen and destroying the endothelial lining efficiently with very low polidocanol concentration. PCF contains bubbles of varying sizes, causing it to degrade faster and to sometimes be thinner than desired when it is injected. PCF can be sloppy and very difficult to work with, whereas Varithena is a stable and predictable foam.

I typically use Varithena to treat residual varicosities after endothermal laser ablation, neovascularization, and for tortuous veins not amendable to laser-based therapy. Varithena, however, is also indicated for the treatment of incompetent great saphenous veins (GSV).

My patient, a former national figure skater who is now a skating coach, had a long history of chronic venous insufficiency in his right leg. “Richard” had been treated twice with endothermal laser ablation more than 7 years ago, and after each procedure, he had a recurrence of symptoms and reflux, which was exacerbated by the hours he spent on his feet every day. Duplex ultrasound of Richard’s right GSV showed 7 mm at the saphenofemoral junction (SFJ), 3 mm at the thigh, and 8 mm at the knee. Patent at distal thigh. Reflux was >1000 ms in the SFJ, GSV, and high calf.

We performed venous mapping while Richard stood to check for clots and pathology. We accessed the GSV 10 cm above the knee fold. Richard was placed in the Trendelenburg position with his leg elevated 45 degrees. We administered Varithena in 5 cc intervals for a total of 15cc. We applied pressure at the SFJ when the foam column arrived and held the pressure until we noted the appropriate venospasm. We released the distal pressure and asked Richard to pump his calf 20 times.

Richard was instructed to wear the full compression wraps for 48 hours and compression stockings daily for 2 weeks, to walk 30 minutes a day, and to control pain by elevating his leg. Four weeks after his treatment, Richard reported minimal post-operative pain, and no bruising or skin changes. His right GSV was non-compressible and hypoechoic from high thigh to the mid-calf. There was no flow in the treated segment of the GSV, and no evidence to suggest thrombus from the ablated GSV into the common femoral vein. Richard said he was extremely satisfied with the resolution of his symptoms and improvement in the appearance of his leg.

I believe Varithena offers a true benefit to our patients with reflux disease. According to results from the VANISH-1 and VANISH-2 trials, patients reported clinically meaningful improvement of their symptoms after treatment with Varithena. Only time and additional research will tell whether Varithena-treated veins will recanalize 15, 20, or 30 years later like some other sclerotherapies. I’m confident that studies in the nearer future, however, will continue to show that Varithena is as effective and safe as my patients have found it to be.

Dr. Cindy Asbjornsen of the Vein Healthcare Center is board-certified in phlebology and family practice. She is a Fellow of the American College of Phlebology and founder of Vein Health News. 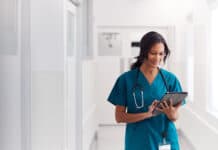 7 Benefits Of Automation In Healthcare 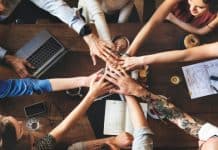 Navigating the Risks, as Healthcare M&As Expected to Increase

What Do I Want to Change in Healthcare? How About Everything?