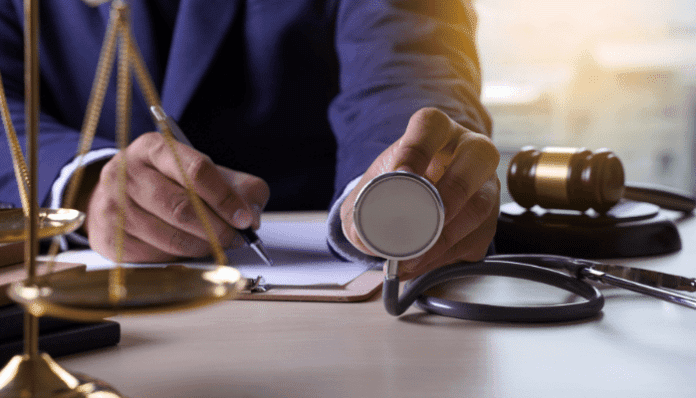 In this article, we review the intersection between the peer review process involved when limiting a physician’s medical privileges and imposing discipline for a physician-employee based on employment-related misconduct.

Whether and when the peer review process has been triggered oftentimes forms the basis of litigation following an action that limits or terminates a physician’s ability to practice medicine in the hospital setting.  More and more, however, we are seeing claims where a physician-employee points to the lack of a formal peer review process as evidence of pretext or unlawful conduct in response to being terminated as an employee even though the physician maintains privileges to practice with the hospital or acute care facility.  This article will look at the case law governing peer review to guide employers as they navigate through the disciplinary process involving physician-employees.

In Economy v. Sutter East Bay Hospitals (“Sutter”), Sutter operated a “closed” anesthesia department pursuant to an exclusive contract with East Bay Anesthesiology Medical Group (“East Bay”).  Under the terms of the contract, only anesthesiologists employed by East Bay Group could provide anesthesiology services at Sutter.  The plaintiff, a physician, was terminated from East Bay after quality concerns regarding the plaintiff’s patient care were raised during a California Department of Public Health survey and subsequently, by Sutter’s pharmacy manager.  Following these events, Sutter demanded that East Bay Group permanently remove the plaintiff from all future schedules, effectively denying the plaintiff the right to practice medicine on its premises.  The plaintiff pursued a civil action against Sutter, alleging that it violated his right to a fair hearing under Section 809 (“809 Hearing”) when it directed East Bay to terminate his employment.  On appeal, the Court concluded that by directing East Bay to remove the physician from all future schedules, Sutter’s actions were “the functional equivalent of a decision to suspend and later revoke the [physician’s] clinical privileges” and that such a decision could be made only after Sutter provided the physician with notice and an 809 Hearing.

Likewise, in Alaama v. Presbyterian Intercommunity Hospital, Inc. (“Presbyterian”), Presbyterian terminated the physician’s medical privileges and staff membership without an 809 Hearing after the physician engaged in a series of misconduct over the course of several years.  Specifically, the hospital found that the physician engaged in “abusive and harassing behavior toward other physicians, nurses, and hospital employees.”  The final incident, leading to the hospital’s termination of the physician’s medical privileges and staff membership, involved a situation where a patient was lying on his stomach, vomiting, and two nurses and a technician asked the physician to move a cart where he was charting so they could care for the patient.  The physician allegedly responded with a lack of urgency for the patient’s needs.  The Court of Appeal concluded that the physician was entitled to a hearing, noting that “even if [the physician’s] conduct was not detrimental to patient safety, it was detrimental “to the delivery of patient care” under Section 805. “And that, under the statute, is enough” to trigger the peer review process outlined in California Business and Professions Code section 805, et seq., remarked the Court.

Although none of these cases involve a hospital solely terminating a physician’s employment, the California Courts make clear that when the decision is based on an administrative reason, such as harassment and/or interpersonal conflicts with peers/work colleagues, any disciplinary decisions (including termination), fall outside the scope of the peer review process.  Nevertheless, if a hospital takes some action to limit or terminate the physician’s ability to practice medicine for misconduct related to interpersonal conflicts that reasonably may be detrimental to patient care, an 809 Hearing is required before the hospital may terminate the physician’s medical privileges.  The key issues are whether (1) the hospital takes action that would limit the physician’s ability to practice medicine and (2) the conduct underlying the hospital’s decision is or may be detrimental to patient care and/or safety.

In order to mitigate the risk of physician-employee claims related to a failure to provide an 809 Hearing in the employment context, hospitals should do the following:

Although the above framework puts California hospitals who directly employ physicians on stronger legal footing, it is always possible that employee-physicians will challenge decisions regarding discipline, including termination.  To mitigate any potential liability, hospital-employers must ensure that a proper investigation is conducted, hospital policies are consistently applied, and that the hospital’s peer review committee is notified of any issues that involve the physician’s medical competency.  In the latter circumstance, the hospital should not take any action to limit the physician’s ability to practice medicine until the peer review committee provides notice and an 809 Hearing to the physician.  Hospitals faced with the need to discipline physician-employees, regardless of jurisdiction, should consult with experienced counsel to minimize potential legal liability.

Dawn M. Irizarry is a Partner and Chair of the Firm’s Healthcare Practice Group at Carothers DiSante & Freudenberger LLP, a California-based labor and employment law firm with offices throughout the state.  Dawn has focused her practice on counseling and defending businesses in labor and employment matters for over 15 years.  In particular, Dawn has defended many healthcare institutions against claims of sexual harassment, unlawful discrimination, hostile work environment, retaliation, wrongful discharge, defamation, failure to accommodate and other employment-related disputes before federal and state courts.  Dawn was recently named one of the “Top Health Care Lawyers” by the Daily Journal for 2020.  She can be reached via email at [email protected].

Ashley N. Lopeztello is an attorney at the California-based employment law defense firm of Carothers DiSante & Freudenberger LLP.  She provides litigation and advisory services to private and public sector clients throughout the state.  Specifically, Ashley has defended many healthcare organizations against whistleblower actions for retaliation in violation of California Labor Code section 1102.5, wrongful termination, harassment, discrimination, failure to accommodate, and other employment-related disputes before federal and state courts.  These experiences have provided Ashley with an understanding of how to best serve her clients and anticipate likely issues prior to them arising.  Ashley can be reached via email at [email protected]. 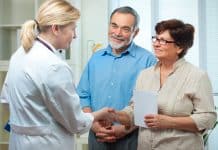