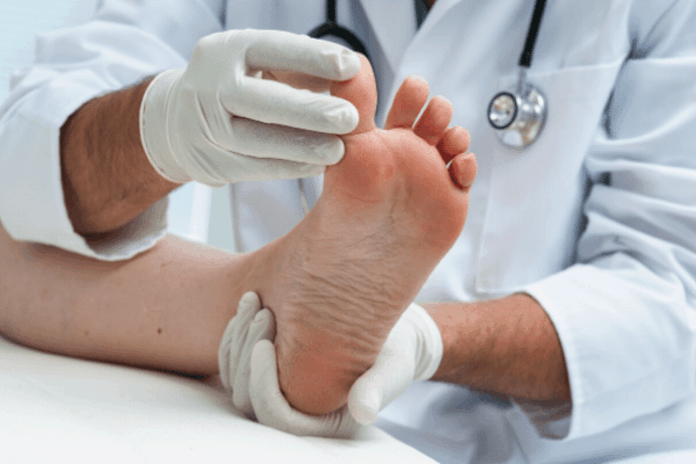 Gone are the days when people used to consult just any physician for all their health problems. Recent years have witnessed tremendous growth in specialty treatments. Of course, the growing awareness among the patients has a lot to do with this trend.

On the other side of this notion, the government and the professional associations are also responsible for this growing popularity. According to the American Medical Association, every healthcare expert needs to undertake skill tests at regular intervals. In other words, doctors need to continuously improve and learn new developments in their particular field. This leads the doctors and healthcare experts to master their knowledge in more and more limited issues that target a specific set of problems.

Specialty treatments are thus grown out of the necessity to evolve.

Specialty, in distinct medical practices, refers to when a professional focuses entirely on a group of patients coping with a common set of ailments. Some common examples may include oncology, pediatrics, gynecology, and so on. While the specialization in modern medical practices evolved during the 19th century, the idea is not at all new. There are pieces of evidence that prove the specialization in particular medical issues have been around for thousands of years.

Early greek and roman physicians have been known to specialize in their respective fields which included digestive problems, skeletal deformities, and general medicine. Likewise, Indian medical practitioners, commonly known as Ayurvedic Doctors, mastered their practices in particular fields including neurology, gynecology, orthopedics, and so on. However, these specializations varied in the approach that medical practitioners of those times used, in comparison to the modern medical experts.

One such specialization in modern medicine is podiatrics. The study deals with the problems related to the foot, ankle and lower leg, in general.

A field in medical sciences that focus entirely on foot, ankle, and lower extremities of the legs. A medical professional who practices podiatry is known as a podiatrist. While the term podiatrist became popular in the 20th century, originating in the US, the practices have been around since 2400 BC. Ancient Egyptians had professionals to care for their feet and legs, especially.

In the United States as well, president Abraham Lincoln was known to have his personal podiatrist to care for his feet and leg problems. However, before the 20th century, these professionals were more commonly known as chiropodists.

Medical students enrolled in podiatric studies have to go through several surrounding study areas as well. These include anatomy, physiology, biochemistry, general medicine, and many other medical areas. According to the American Association of Colleges of Podiatric Medicine, the curriculum for students enrolling in the course must include an introduction to the necessary auxiliary studies. It should include embryology, orthopedics, general medicine, cardiology, human anatomy and physiology, etc.

Why Consult a Podiatrist?

Foot and ankle problems may occur due to chronic diseases including arthritis and diabetes. Or they may also occur due to everyday situations, such as improper stepping and sudden thrust to the lower leg regions. In either case, consulting a general physician may not suffice, for the reason, a podiatrist would consider several issues before offering a long term remedy.

Here are a few reasons why consulting a podiatrist is the best option to alleviate foot and ankle problems.

While certain conditions may be rightly cured by a physician, most of the problems concerning foot and lower extremity are beyond the scope of their practice. For example, a general physician may not consider bunions as a major health issue. Whereas, a podiatrist would consider it as a critical health condition which can alter the quality of life for the patient.

Bunions are outgrown toe bones that can get sore and hinder the ability to walk properly for the patient. Usually, a podiatrist would consider either adjusting the bone through therapeutic sessions and prescribing suitable exercises or they may resolve to surgery, if needed.

Likewise, podiatrists specialize in several other foot conditions which include fractures, tumors, skin or nail diseases, ulcers, artery problems, walking patterns, corrective orthotics, amputations, and foot prosthetics. Out of all, corrective orthotics is most popularly sought treatment from a podiatrist. As this website explains, booting (a specialized orthotic mold to immobilize the foot region) may also be used after surgical treatment for Plantar Fasciitis. The condition occurs when a large ligament, called Plantar Fascia, at the bottom of the feet develops a sprain due to excessive straining.

Such injuries are common to athletes and sportspersons, but others may also suffer from these. A common cause of Plantar Fasciitis is improper posturing and foot setting while walking. Sometimes, sporing may also appear at the ball region (below ankle) in the foot, which may result in the spraining of the ligaments. The condition can cause acute inflammation and hinder the ability to walk for the patient. Usually, this condition is treated by improving the posture and imparting the right footing techniques. Mild stretching may also help alleviate the condition. But all of these are only possible if a specialist for the condition is approached.

As already mentioned foot and ankle problems can also result in chronic health issues. A general physician may consider only the problem area and the symptoms described by the patient. Whereas, a podiatrist will consider other risk factors as well. A podiatrist would usually ask several questions before proceeding with the treatment. Some of the problems that they consider include obesity, diabetes, arthritis, cholesterol levels, blood circulation, and heart diseases and strokes.

Considering the amount of risk involved, a general physician may not be able to identify the symptoms properly. As a result they might not be able to cure the problem to the best. For example, some of the common symptoms of diabetic foot complications include dry or cracked skin, calluses or hard skin, cracked, dry or discolored toenails, tenderness in muscles, pain in calves when walking, and so on.

As far as a general physician is concerned, they tend to resolve these symptoms separately. Whereas, a podiatrist would consider collecting evidence to find the root cause and then proceed with the appropriate treatment. For example, in the case of diabetic foot problems, a general physician may fail to identify the condition and prescribe treatments that may affect the diabetic condition of the patient. On the other hand, a podiatrist would certainly prescribe medicines that would help alleviate diabetes along with curing the foot condition.

Most importantly, it is the surgical treatments that require a podiatrist’s involvement. For example, bunion removal is the most common surgical procedure that requires a podiatrist’s consultation. They may help identify the correct procedure for the surgery to help restore the normal movement for the patient.

Likewise, treatment for several sports injuries to the lower leg region requires podiatric assistance. For example, foot fractures, flat feet, bone spurs, ingrown toenails, are a few common treatments that may need surgical procedures. All of these injuries are common with athletes and sports persons that indulge in rigorous footwork.

In short, a podiatrist must be the one-stop consultant for all foot and ankle issues, be it concerning an injury or a sprain.

What Treatment Options do they Offer?

At this note, it is necessary to have a thorough insight into the conditions and the treatments that a podiatrist can help with.

Podiatrists regularly treat fractures and sprains in the lower leg regions. These may include everything from hairline fractures in toes to muscular sprain in calf muscles. Such injuries are pretty common with athletes, football players, and others practicing spontaneous sports. Most of the sprains result when a sudden change in the direction of the motion occurs.

The joint at the base of the bigger toe in the foot often gets knocked out of place. This condition is known as Bunion. The condition is often symptomized by an outward bulging that appears near the toe. It leads to the bending of the toe inwards, resulting in an improper movement when walking. Likewise, hammertoes occur when the toes bend abnormally in a directionn. A podiatrist would look into the condition and suggest the corrective measures which may sometimes involve surgical procedures. Usually, bunions can lead to several other conditions in the foot including sporing of the heel bone and spraining of Plantar Fasciitis.

The nerves between the third and the fourth toe can develop deformities which may lead to pain, burning sensations, and sometimes cause a feeling of something in the shoe. This condition is usually observed in sprinters and athletes who are at the early stages of their careers. A podiatrist may suggest neurological medicines to check and correct the disorder.

As already mentioned, excessive straining of the plantar fascia can cause the ligament to develop minor bruises or cracks. The condition can cause pain while walking or running. And the pain usually magnifies as the activity progresses. Usually, a podiatrist may prescribe some medicines along with mild stretching of the ligament to help release the tension. In some cases, surgery may also be needed depending upon the extent of injury to the ligament.

Another common condition where consulting with a podiatrist is beneficial is cramping and sporing. Cramping is the condition when muscles become rigid and any movement may cause inflammation. Chronic medical conditions such as diabetes and arthritis may further escalate the problem for the patient. Likewise, sporing is when the ball in the heel starts to bulge out of its place. The condition may also cause severe pain during walking. And may also force the patient to completely restrict from putting down the heel. A podiatrist would once again suggest corrective orthotics and use of prosthetics to help with the condition and alleviate the pain.

Lastly, several patients pay a visit to a podiatrist for nail disorders. An ingrown or broken or discolored toenail is a very common condition. Some of these conditions in addition to other symptoms may also suggest diabetic disorders in the patient. Apart from this, injuries to the toenails are quite common in everyday life. For example, an accidental bumping of the toe into furniture may result in chipping or breaking of the toenail, which may cause extreme pain. Such injuries can sometimes escalate into bigger problems if left unchecked.

Summing it up,  a podiatrist can help with every issue concerning the leg region below the knee. Legs are an important part of an organism facilitating the movement for the organism. Therefore, paying proper attention to its health is an important decision. At the same time, consulting just about any specialist for foot and ankle treatments might be foolhardy. Consulting a podiatrist with a good reputation and years of expertise can improve the chances of recovery exponentially.

6 Technologies That Are Shaping the Future of Dentistry

Why You Should Be Using Peptide Face Creams