The federal government contributed over $40 billion to university-related research and development projects in 2017. Academic institutions―most often colleges, universities, and related hospitals―rely on these grants to fund research, support faculty and staff, train students, create collaboration opportunities, and enhance facilities and equipment. However, federal research grants create at least two areas of False Claims Act exposure for academic institutions—proper use of the funds and research misconduct. Indeed, a recent False Claims Act settlement for $112.5 million is a jolting reminder that institutions must promptly address (and sequester) alleged research misconduct.

The economic pressures of research funding often counterbalance scientific endeavors. Government-funded research dollars are vital to the success and prestige of academic institutions. Professional advancement for research faculty members often requires obtaining grants to fund their research and publishing the results. Yet, competition for these research funds is high.

Research misconduct occurs when researchers―consciously or otherwise―place professional advancement above the rigors of the scientific method. Faced with allegations of research misconduct, the investigating body must promptly and thoroughly investigate the allegations, while also taking care to prevent unnecessarily tarnishing the researcher’s reputation.

Missing the mark on these obligations exposes the academic institution to False Claims Act liability. The recent United States ex rel. Thomas v. Duke Univ., et al. case drew considerable attention not only because of the $112M settlement amount, but also because the focus was the alleged mishandling of the investigation. This complaint alleged Duke discovered pervasive research misconduct in one lab and then, according to the relator, knowingly submitted 30 grants to the National Institute of Health (NIH) and Environmental Protection Agency (EPA) that contained the falsified or fabricated data, perpetuating the research misconduct rather than containing and disclosing it.

Assuring Compliance through the Integrity Rules

In addition to the research grant dollars, academic institutions receive additional funds to pay for the “indirect costs” associated with administering grants. Through these indirect costs, the Public Health Service Act regulations impose an affirmative duty to ensure the integrity of the research programs.  This can be accomplished only through a robust compliance program that examines how research dollars are acquired and spent, and scrutinizes both the research and the research process itself. When any component lacks integrity, the institution must consider self-disclosure or risk suffering damaging results.

A necessary component of any academic institution’s compliance program is a detailed plan to handle allegations of research misconduct.  The academic institution must provide assurances it has complied with the Public Services Act (and appropriate regulations) that require, in part:

The internal investigation will likely play a key role in determining (or at least mitigating) potential exposure under the False Claims Act.

In 1863, Congress designed a system to detect and reduce fraud against the government. Today, the False Claims Act encourages individuals with knowledge of suspected government fraud to file qui tam lawsuits against institutions and individuals that have benefitted from the alleged fraudulent conduct. Research misconduct involving federally-funded research grants can lead to a qui tam lawsuit for violating the False Claims Act. Plaintiffs (or relators) file qui tam actions against academic institutions for scientific misconduct involving allegations of, among other things, supporting grant applications with fabricated data.

In the Duke case, the relator alleged that a clinical research coordinator in the school’s Airway Physiology Laboratory operated several machines that provided key data to experiments involving pulmonary research studies on mice. The relator alleged that the research coordinator “committed research misconduct and fraud on nearly every experiment or project with which she was involved.” The allegations of research misconduct ranged from making up data to running the experiments but altering the data so it conformed to the original hypothesis.

In March 2013, Duke allegedly reviewed the experiments described above and discovered this fraudulent data. The complaint alleges that Duke and others concealed “research misconduct, rather than make complete and timely disclosures,” delayed retracting publications premised on fraudulent data, and submitted additional grants and progress reports after Duke discovered the false or fabricated data. According to the relators’ attorneys, one of his motivations for pursuing this lawsuit was Duke’s alleged lack of transparency after discovering the false data.

This fact pattern is not unique in research misconduct False Claims Act cases. The plaintiff (or relator) often files at least one complaint with the academic institution’s administration. Institutions should seize this opportunity to understand the allegations and potentially prevent a False Claims Act investigation. Though federal regulations define the investigation process, institutions must understand the broader implications of these allegations and prevent making additional certifications or representations based on the research until the institution has fully vetted the allegations. Failing to do so quickly and carefully increases the likelihood that the institution is incurring liability through additional false claims. 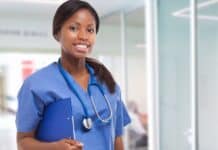 The Most Common Career Paths for Nurses 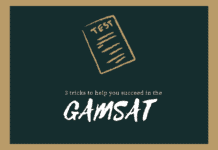 3 Tricks to Help You Succeed in the GAMSAT