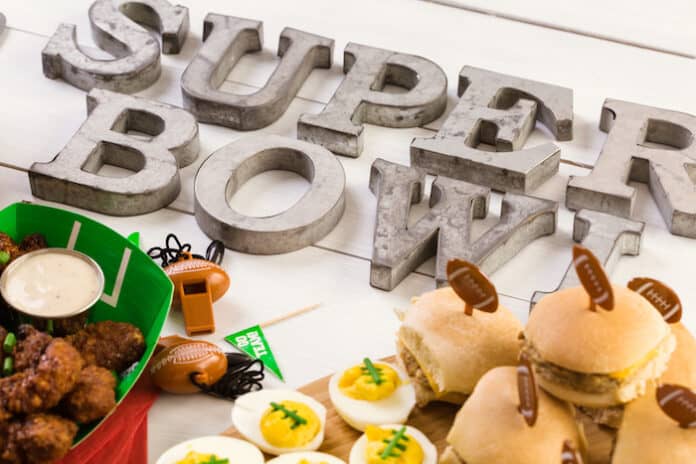 How do you hold a Super Bowl in the midst of a global pandemic? The NFL intends to show everyone the proper and safest method of doing so.

When the football season kicked off back in the fall, among the Super Bowl bets on offer at online sportsbooks was in fact a wager on whether there’d even be a Super Bowl played this season.

The completion of the regular season was not without its pitfalls. COVID-19 raised up and caused a number of games to be postponed and rescheduled. The Denver Broncos were forced to face the New Orleans Saints with practice-squad wide receiver Kendall Hinton, a college quarterback, under center because all four of the team’s QBs ended up in COVID-19 protocol the day prior to the game. Both the Cleveland Browns and Detroit Lions contested a game minus their head coach due to a COVID-19 outbreak.

Still, the league persevered and completed the entire season’s schedule of games.

“We as a league have less than one percent positivity, and we have worked hard, obviously, with the players’ association, with our medical experts to take the necessary steps to not be part of the problem but actually be part of the solution and try to do things in a way that are responsible and safe, not just for our personnel but also the communities in which we’re operating in,” NFL Commissioner Roger Goodell told ESPN.

Several teams and coaching staffs encountered significant fines for violating the league’s COVID-19 policies, including not wearing a mask while on the sidelines.

While it will still be the Super Bowl, it won’t be anything at all like any previous Super Bowl. Generally, the competing teams arrive at the Super Bowl host city exactly a week prior to game day in order to ramp up the hype.

This year, the league remains uncertain as to when the two squads will be getting to Tampa Bay. Media Day, perhaps the second-most popular Super Bowl event after the game itself, will be conducted entirely virtually this year.

“A number of things will inevitably be different,” NFL executive vice president Peter O’Reilly acknowledged to ESPN. “But different isn’t always worse, and we think we can innovate and adapt and create a really powerful Super Bowl week that culminates in a really unifying game day on Sunday.”

Other Super Bowl week events, such as the NFL Honors gala, will be more orientated toward being a television production than offering in-person attendance. The Super Bowl Fan Experience, a week of events that will line the 2.7 miles of Riverwalk in the heart of Tampa Bay, are also being safety-fitted in order to avoid any spread of the coronavirus.

All participants will be required to sign a health promise, to wear masks at all times, and follow all social distancing guidelines. Guests will also need to sign up beforehand and each will be assigned different time slots during which they will be permitted to access specific events.

How Many Fans Will Be In Attendance?

The NFL still hasn’t issued a determination on exactly how many spectators will be able to access Raymond James Stadium to sit in the seats and watch the Super Bowl game.

The state of Florida has no regulations in place in terms of attendance at sporting events, meaning the league could go ahead and sell every seat. However, during regular-season play, the hometown Tampa Bay Buccaneers opted to follow Center For Disease Control (CDC) advice and limited attendance to 25 percent capacity, around 16,000 spectators, in order to permit safe social distancing.

As for the Super Bowl, the league’s chief medical officer, Dr. Allen Sills, doesn’t anticipate much change to these guidelines.

“I think it’s going to look very much like what we’ve seen throughout the season which is (the) use of masks by everyone, physical distance, all of the measures we put in place for risk mitigation and risk reduction,” Dr. Sills told the NFL Network. “There will be no change as far as those stadium procedures and policies that we’ve been following everywhere. As far as the total capacity I think that’s something we’re still looking at. Whatever we do it has to be driven by safety.”

One element the league is reportedly considering is inviting vaccinated frontline workers to watch the Super Bowl free of charge.

“As we know, these frontline workers are true American heroes and we owe them our ongoing gratitude, and we also know we need to rely on them for months to come to distribute vaccines, and continue to treat all those that are ill from COVID and other illnesses,” Goodell told USA Today.

One facet of confronting COVID-19 that the NFL absolutely insists it will take no part in is acquiring vaccinations for Super Bowl participants by jumping the queue.

“We are not planning on any of our personnel being vaccinated in advance of the Super Bowl,” Goodell said.

“That’s obviously being done at higher levels and given priority to obviously health care workers, first responders and those that are in the riskiest state. We don’t fall into those categories, so we don’t anticipate that and we’re not planning for that.” 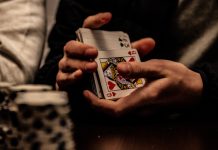