It is well known that a large number of medical malpractice claims result from problems related to obstetrics (OB). Recent data suggest the cost of such claims is climbing higher. Based on the cases handled by Beazley in late 2018, jury awards across the spectrum of hospital care are creeping up and the current cost of OB claims is especially high.

Data from Beazley’s U.S. hospitals professional liability claims database shows a steep increase in the severity of claims in many jurisdictions. This includes those that benefit from tort reform (where caps on non-economic damages or other types of damages apply) and the venues that traditionally have had a more benign claims record. This trend is apparent both in the statistics from the 900,000 records in the database, and corroborated by our claims team, which works with insureds to mitigate the effect of large events.

The increase in claims severity is related to medical malpractice plaintiff lawyers’ increasing success in securing advantageous results for their clients.  Juries have been progressively more generous in their judgments and several jurisdictions have witnessed record verdicts in the last three years. This has driven up the settlement value of claims, while more insureds are afraid of negative publicity and potential reputational damage from taking cases to court.

With fewer hospitals willing to try cases in court, claims that previously were settled for limited amounts can now be as much as twice as costly to close.  The expectations of plaintiffs and their lawyers have increased proportionally to the plaintiff bar’s successes.

Against this backdrop of rising jury awards, there are specific implications for hospitals.  Based on Beazley’s data, OB claims represent only 14% of all settlements but a far larger share of the most expensive claims – 38% of claims that closed in excess of $1 million and 46% of claims closing in excess of a $10 million.

According to the data, obstetric cases tend to end up in large pay-outs:

In an environment of increasingly high penalties, hospitals must ensure they are adequately insured while also focusing on prevention.

Based in London, Valentina Minetti is a member of Beazley’s healthcare team and focus group leader for U.S. hospitals. 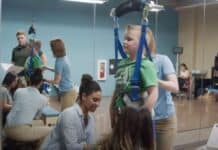 Can you get withdrawal from Suboxone?

3 Ways for Medical Professionals to Give Back

How to Reduce COVID-19 Risk In Long-Term Care Facilities

Sharing Misinformation and Its Impact on the Medical Industry