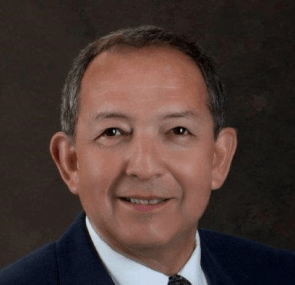 McKinley County, New Mexico, is the namesake of the assassinated 25 U.S. President William McKinley. Many locals, particularly those Native Americans of Navajo descent living on reservations, have also been the victims of assassination, but in character in addition to physical attacks.  Three decades ago Gallup, New Mexico, which borders on the Navajo Reservation, was known as “Drunk Town, USA.”

For many years Northwest New Mexico’s Gallup ranked number one nationally in the number of alcohol-related deaths. This reputation also killed many residents’ spirits, contributing to addiction, joblessness and homelessness, further highlighting the need for behavioral health care in this region. Native American youth have the highest rates of alcoholism of any racial group in the country, according to the National Institute of Health.

McKinley County Is One of Poorest in U.S.

There are many stories like this. Addiction’s partner is the adjunct poverty of McKinley County, one of the poorest counties in the U.S. In Gallup there is a large population of Navajo Indians along with Zuni and Hopi Indians. It is the most populous city in the county with 22,670 residents and is situated between Albuquerque and Flagstaff with 61 percent living below the federal poverty line and unemployment at 8.4 percent.

The Indian Health Service (IHS), an operating division within the U.S. Department of Health and Human Services (HHS) is the principal federal health care provider for Indians. Its mission is to raise their health status to the highest possible level. However, there are still issues such as the life expectancy for Indians being approximately 4.5 years less than the general population of the United States, 73.7 years versus 78.1 years.

Data from a 2014 National Emergency Department Inventory survey also showed that only 85% of the 34 IHS respondents had continuous physician coverage. Of these 34 sites surveyed, only four sites utilized telemedicine while a median of just 13 percent of physicians were board certified in emergency medicine. Another behavioral health related disease afflicting the territory is diabetes. In 2016, diabetes was the 6th leading cause of death for New Mexicans and the 7th leading cause in the U.S.

Despite the drumbeat of bad news and discouraging statistics, organizations such as Gallup’s Na’ Nihzhoozhi Center Inc.’s (NCI) has 26,000 admissions every year and is the nation’s busiest treatment center with many repeat customers. The detox center was the result of an effort 30 years ago which began when more than 5,000 people marched from Gallup to Santa Fe to demand assistance from state lawmakers and received a $400,000.00 for a study to build a detoxification center. The hospital then received two-million-dollar ongoing yearly federal grant out of which NCI was born.

The leader of that effort in the 80s and 90s was David Conejo who returned in 2014 as the CEO of Rehoboth McKinley Christian Health Care Services (RMCHCS) where he leads the fight against addiction with traditional tactics, but also behavioral healthcare innovations which have captured the attention of the healthcare industry.

Turing the Tables on Addiction

When he became CEO of RMCHS a few years ago, he took a financially failing hospital and turned it around with the help of William Kiefer, Ph. D who is the hospital’s chief operating officer. Recognizing the root cause of the region’s health problem was addiction, Conejo revitalized a former rehab building on the hospital’s grounds and with some fundraising he launched the Behavioral Health Treatment Center.

The center is operated by Ophelia Reeder, along time health care advocate for the Navajo Nation and a board member of the Gallup Indian Medical Center. Bill Camorata, a former addict, is the Behavioral Special Projects Director.  He opened “Bill’s Place”, an outdoors facility where he and hospital volunteers treated the homeless with meals, clothing and medical triage as part of Gallup’s Immediate Action Group which he founded and serves as president.  The center has treated more than 200 addicted residents since the center opened in 2015 and has a staff of 30 who manage resident’s case work, provide behavioral health services and are certified in peer support.

From this traditional form of behavioral health addiction treatment, Conejo has turned to health information technology in his pursuit of behavioral health care remedies while leveraging government insurance changes in Medicare and Medicaid Services (CMS), under the Obama Administration. Rather than traditional acute care services, CMS began to shift its focus on preventive care, identifying a 6:1 cost savings ratio.

Conejo recognized that RMCHCS would benefit by offering preventative care services which fit perfectly with his behavioral care plans while creating a new revenue center through reimbursements by CMS. To achieve this, he recognized the need for the convergence of hospital information across clinical, financial, and operational systems.

He began by integrating data from the hospital’s three clinics—the College Clinic for family and internal medicine, the Red Rock Clinic for general surgery and the Acute Clinic for emergencies and occupational health. He used a cloud suite application from Zoeticx which integrates and streamlines data from the Center for Medicaid and Medicare Services (CMS) including Annual Wellness Visits (AWV), Chronic Care Management and Care Transition between physical and behavioral health services.

The cloud application streamlines data from Annual Wellness Visits (AWVs) and integrates it with the hospital’s Electronic Health Record (EHR) systems from Athena Health and MedTech. The app also allows for the management of tracking for patient wellness visits, provides a physical assessments guide through preventative exams and maps out the risk factors for potential diseases for patient follow-up visits.

In addition, the Zoeticx app includes other services that Medicare would recommend apart from a checkup. The app also lets him identify integrated EHR solutions that could also meet CMS and private insurer requirements for organizations like Blue Cross/Blue Shield. The app’s time tracker capability automates invoices for faster billing.

RMCHCS’ business is growing with full or near-full coverage compliance. And with its Accountable Care Organization (ACO) in startup mode, RMCHCS is also receiving a bonus check from Medicare for containing costs, in addition to the new revenues being generated. During the first five months of using the Zoeticx app, the new revenue has matched the financial incentive from its ACO, with the outlook of at least doubling the bonus from the ACO. Furthermore, RMCHCS does not increase its current operational cost to achieve this type of outcome.

Joe Wright, the hospital’s director of clinical services, has found the apps provide significant time savings for the nurses and medical assistants when disparate EHR data is integrated and streamlined. He also notes more patients can be seen. When the doctor comes in, they already have the requisite information about meds, compliance and other important factors, but if a physician saves 10 minutes per patient, at 18 patients a day, that’s an extra 180 minutes. More minutes, more patients.

In addition, his chronic care patient practice has grown significantly since the recent implementation of Zoeticx’s Chronic Care Management where many patients suffer from diabetes. Patients participating in AWV visits have grown to 250, a 50 percent increase since the apps have been installed. The AWV appointments also mean fewer patient visits to the hospital. At the hospital’s Behavioral Health Services facility where addiction to alcohol and opioids are the main patient affliction, all 68 beds are full.

Conejo’s next big technology push will be a telemedicine program enabling reservation patients to be seen by mobile healthcare physicians connected by satellite to the Internet to extend the hospital’s outreach to patients who can’t visit the hospital for various reasons.  This will enable patients to be treated as if they were at one of the hospital’s clinics with all their data entered into the appropriate systems and ready to be whisked off to the insurance organizations.