Once considered the “ugly duckling” of healthcare, behavioral health is finally beginning to gain proper recognition for the significant role it plays in a patient’s overall health. From the cognitive deficiencies caused by dementia and Alzheimer’s to the direct physical complications of substance abuse and addiction, health plan executives, clinicians and payers are finally focusing attention on the linkage.

We like to think of the healthcare system as tightly knit, organized networks of care in a connected series of specialties – a sort of universe whose central point is the patient. The reality is that, with rare exceptions, there are no fully integrated and connected networks. Instead, there are fragmented components arranged in ways that make navigation difficult for patients and family caregivers.

For generations, the principal focus of healthcare has been the physical health of the patient’s universe. But lost in that universe is the full spectrum of health influencers – including the social and behavioral health conditions – that frame the patient’s profile. By not taking this all into account, we are doing a disservice to the patient.

Historically there have been a number of factors contributing to this fragmentation. Carve-outs, competing service agencies, lack of equal benefits coverage, and inconsistency between laws and regulations have all created barriers to patients getting the behavioral healthcare they need. Continuing cultural stigma and social isolation further increased the challenges of integrating care for those with behavioral health conditions.

Legislative and regulatory efforts to mandate benefit parity has had a limited impact, and the cold reality is that mandating does not equal adoption.

There is strong evidence that behavioral health conditions are not only a major contributor to the disease burden of patients, but are responsible for significant increases in the costs of healthcare. A July 2015 report by the Medicaid and CHIP Payment Commission found that about 20 percent of Medicaid enrollees have a behavioral health diagnosis, yet account for 48 percent of Medicaid spending. A separate study by the National Institute on Aging reported in the November 2015 issue Annals of Internal Medicine that total health spending for patients with dementia in the last five years of life was 57 percent higher ($287,000 vs. $183,000) than for patients with other disease conditions. Medicaid expenditures averaged $35,346 for patients with dementia versus $4,552 for those patients without this disease.

Clearly, it is time for change.

In order for the integration of physical and behavioral health to be successful, two things must occur. First, all of a patient’s healthcare needs, regardless of how or why he or she entered the healthcare system, need to be identified as early on as possible. Second, we must be committed to applying the core structural components of patient-centered care across all practice settings, including effective care coordination support to aid the patient in navigating the system. A study in the March 2016 issue of Health Affairs reporting on the use of “best practices” by clinicians revealed that while the majority of the 1,000 practices studied followed the five steps considered the best practice to manage a patient’s physical chronic conditions, less than 10 percent used similar best practice protocols for depression.

While we still have a long way to go, we should not ignore some of the innovation and efforts that are occurring in different markets around the country. Intermountain Health, Group Health and UnityPoint Health – Trinity, for example, have all had success with integration innovations. There is also collaboration in San Diego between Scripps, Kaiser and Sharp health systems. Led by Dr. Michael Lobatz, their goal is to transform care for Alzheimer’s patients via simple standardized screening tools and interview questions for family and caregivers. Initial results have found an 80 percent effectiveness rate at identifying patients who may have cognitive impairment and highlights red flags for immediate specialist involvement.

Many models – from simple screening mechanisms to co-location and health homes – are being evaluated as potential paths to innovation. But most still use the typical medical model as its foundation. Perhaps it is time to flip that model on its head and consider integrating physical healthcare into the behavioral health setting. Anecdotal evidence suggests that patients rarely miss a behavioral health appointment to get their medications and receive counseling, while generally avoid their physical medicine provider.

Maybe it’s time to begin integration where the patient is and not where we want him or her to be.

Hank Osowski is managing director of Strategic Health Group which provides healthcare organizations with consulting services across a wide spectrum of needs including strategic planning, market expansion, corporate finance and treasury, marketing communications, actuarial services and many others. www.strategichealthgroup.com. 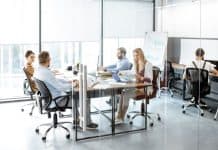 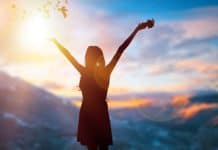 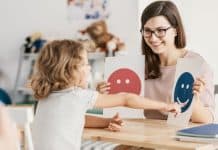