A cancer diagnosis can be daunting. Anxiety and uncertainty can follow a diagnosis, regardless of what type of cancer a patient has. However, in today’s modern medical era, living with cancer no longer necessitates excessively harsh treatments, a laundry list of side effects, or a terminal outcome.

Recently, immense strides have been made in finding novel ways to treat cancer. Fortunately, nowadays a cancer diagnosis is much less ominous than it was a mere five or ten years ago. Although there are still several aggressive types of cancer that may be resistant to treatment options, emerging alternatives are showing incredible promise in eradicating this devastating disease once and for all.

A Focus on Immunotherapy

Many of us have a basic understanding of how the body’s immune system works. From a broad view, the mechanisms of the immune system can appear quite basic . When a bacterium or a virus infiltrates our bodies, our immune system immediately responds to these antigens (that is, the foreign substance itself) by producing antibodies to fight off the pathogenic foreign bodies. These antibodies then proceed to attack the invading forces, and depending on the strength of the immune response, they can eventually kill off the pathogen in question.

In many ways, cancer is not entirely unlike a viral or bacterial infection – at least, not as far as our immune systems are concerned. While it certainly varies in presentation, research has shown that we actually can tap into our own inherent immune system to help combat the abnormal cells that cause cancer proliferation. Current immunotherapy treatment options include checkpoint inhibitors (which serve to give the immune system free rein in the body), immunomodulators (which work by boosting the immune system), and monoclonal antibodies (a type of synthetic antibody protein).

The Effectiveness of Autophagy

The concept of autophagy has proved fascinating for medical and scientific communities for many years. Autophagy is defined as the process in which biological cells target and destroy abnormal matter within its endoplasmic structure. When autophagy degrades, it typically results in poor health outcomes. However, successful autophagy has been shown to help eliminate nearly all potentially hazardous cells in your body – including cancer cells. Because of this, finding ways to promote autophagy has become increasingly important to the research community.

One way researchers have been encouraging autophagy is through fasted states. That’s not the only means to accomplish it, though. Current studies have pointed researchers towards a highly promising protein found on the KL gene. Known as klotho, activation of this protein has been shown to trigger autophagy in patients, leading to a myriad of health benefits such as longevity, improved cognition, and a reduction in cancer occurrences in certain populations. The pioneers at Klotho.com are at the forefront of this research, forging an exciting path towards the potential prevention and treatment of cancer.

The Use of Precision Medication

Just as a person’s genes influence certain biological outcomes such as eye and hair color, height, and personality – they can also have a considerable influence on the likelihood of developing certain diseases like cancer. That said, having a genetic predisposition toward a certain trait does not necessarily mean that a person will manifest it in their lifetime. The same can be said for cancer, which can be a result of either environmental factors or genetics.

Precision medication allows clinicians to better customize conventional cancer treatments. Meeting with a genetic counselor can help empower a patient to become better aware of their own risk factors and take steps to help mitigate that possibility. Should a person discover that there is a higher than usual risk of developing cancer, they can be proactive in preventing it. Furthermore, if they do wind up with a cancer diagnosis, the same genetics can be used to treat it.

A Cure On the Horizon?

Ultimately, cancer remains one of the leading causes of death today, and nearly ten million people succumb to it every year. Luckily, these novel therapies are enabling the possibility for patients to live longer, happier, and healthier lives after a cancer diagnosis. 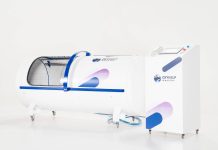