Modafinil Not Working: Is It Possible & How to Avoid It? 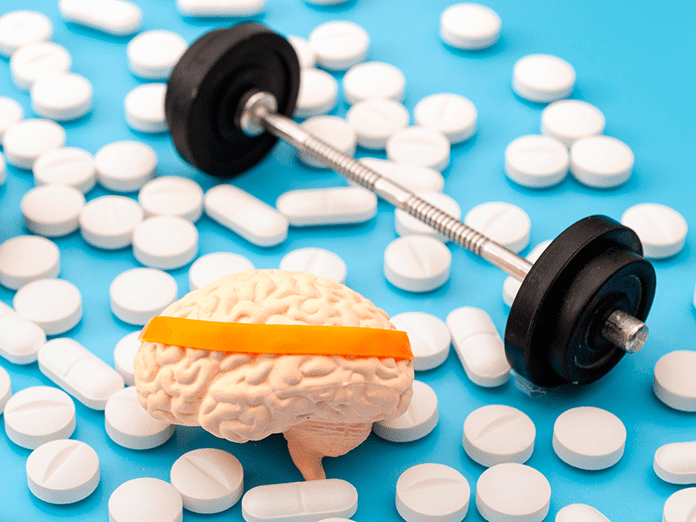 Modafinil offers the ambitious an extra edge. It’s one of the most prevalent “smart drugs” known to ameliorate cognitive function with various benefits. For the most part, modafinil does what it’s set out to perform, but in extremely rare cases, it doesn’t kick in as it’s thought to. This guide offers the reasons why modafinil is not working for some users & a few tricks you can use to get your modafinil working if this happens to you.

Modafinil is sold under the brand name Provigil by Cephalon, Inc. However, due to its patent expiration, various companies began producing cheaper generic versions of this medication with different trade names. They usually offer the same safety, efficacy, and benefits as their branded counterpart but are sold at a far lower price.

Besides, the drug is often used by healthy individuals from all walks of life to heighten their brainpower just to gain an edge & boost productivity. In particular, it augments cognitive performances in domains like attention, executive functions, & focus, increases alertness & response accuracy, boosts memory, and heightens decision-making & planning. Nootropic enthusiasts love it for the potent cognitive-enhancing effects it gives.

How Does Modafinil Really Work?

Why Is Your Modafinil Not Working Anymore?

It’s a rare occasion that genuine modafinil doesn’t work anymore for certain individuals. Nonetheless, there are a couple of distinct reasons why modafinil is not working. Let’s discuss each of them in detail.

Using counterfeit modafinil may be harmful to your health. Depending on where you’ve shopped for your tabs, you may have obtained a low-quality version that isn’t powerful in producing insanely great cognitive or wakefulness effects. There are a lot of scam websites & firms with inferior integrity in the “smart drug” space due to its unregulated nature.

Drug quality is the primary basis for why it’s critical to purchase modafinil from reputed vendors. Such reliable e-pharmacies source their meds from certified pharmaceutical companies and provide a modafinil fast shipping process.

To test whether the med is genuine or counterfeit, you may use a TLC (Thin Layer Chromatography) test kit [2].

The typical dose for modafinil is 200 mg. It’s relatively common for first-time users to ingest as low as 50 mg & have it not produce any noticeable effects. In other instances, even the 200 mg dose is too low for some individuals. This is particularly true for those with larger-than-average builds.

If the dose is only 50 mg or 100 mg & you’re of average build, you’ll likely need to increase the dose to produce meaningful effects. You may also switch to armodafinil 150 mg, the stronger version of modafinil.

If you’re a larger individual & the 200 mg tab isn’t doing enough for you, try taking a higher dose. Increase it gradually to 300 mg first before graduating to 400mg. Note that higher doses may induce significant side effects such as headaches. However, modafinil headache can be resolved by drinking a lot of water during therapy to avoid dehydration, which may induce head pain.

The term “genetic polymorphism” is used to describe various forms of a single gene. This condition is what makes individuals have different hair & eye colors; it can affect many other human body functions as well. Certainly, some genetic polymorphisms affect the way your body metabolizes meds in the liver. Some allow you to metabolize the drugs quickly, while others induce metabolism to be slower than average (making the meds’ effects last much longer).

The solution to this issue is to combine modafinil with other supplements that slow down its metabolism. You can drink grapefruit juice that reduces the activity of all CYP450 genes linked with modafinil metabolism. Bacopa monnieri & berberine-containing plants also do the job well.

Inactivation by Other Compounds

Modafinil may interact with other foods/supplements/meds [3]. Some compounds can bind to the meds like modafinil & prevent them from effectively being absorbed into the body.

The “smart tab” only has a 40–65% absorption rate on its own [4]. Anything that further lessens its bioavailability can certainly lower the effects the active ingredient has on the body. Bypassing this trouble altogether is extremely straightforward: ingest your modafinil at least after 90 minutes of the intake of other supplements you use.

This problem is fairly controversial since modafinil, as is known, doesn’t cause any tolerance. Nonetheless, it’s also a typical issue reported by users who administer modafinil regularly. The easiest way to resolve this is to take periodic breaks from the medicine. You may take it 3 times a week and take a break, or one week on and one week off as well after a month. However, this depends on the condition you’re treating & how long you are on the med without breaks.

As is widely known, the “smart tab” works as advertised, is well-tolerated & a fairly safe med. If it’s not working, there are a few things, as discussed, you can consider & make adjustments to that can resolve the problem. Bad quality tabs, rapid med metabolism, drug or supplement interactions, & inadequate doses are all suspect. If you’re a long-term drug user, you ought to assess the probability of developing tolerance to the med.