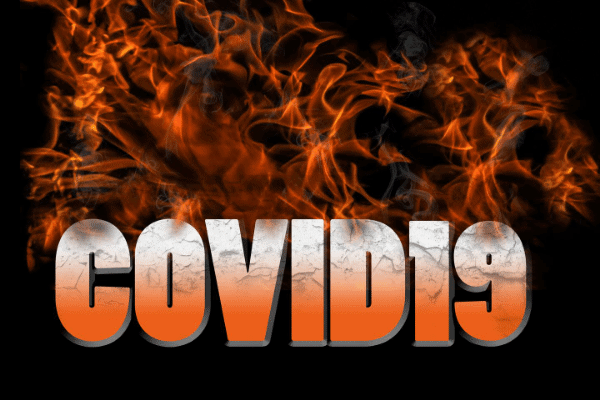 New York State and the tri-state area confronted the pandemic several months ago but did not come out unscathed. As of August 6th, the world has reported 18.9 million cases and more than 708,941 deaths. New York State was the epicenter back in mid-March and a shutdown was implemented. Several months later, all ten regions of New York State reopened in a phased approach with New York City being the last region to reopen (although in a modified manner without indoor activities).

Throughout this entire pandemic in the United States, there has been no national approach or plan to the response to this historic pandemic. The pre-established process to handling pandemics and public health emergencies has been generally ignored. All disasters are first handled by local responders. If the local resources are overwhelmed, then the state steps in. When the state resources are not sufficient, then the federal government is supposed to coordinate with the state and provide additional resources and assistance. There has been an observable breakdown across the nation with the majority of states suffering from ongoing surges.

Why do we not have more widespread COVID-19 testing to assist in the surveillance and to provide much needed guidance on reducing the spread of this novel coronavirus? There is still no approved treatment or vaccine yet and one is not expected until 2021. As of August 6th, the United States is 4.9 million cases and 158,606 deaths into this pandemic resulting in a 3.2 percent case fatality rate. If those figures are not a wakeup call that better efforts are needed before it gets much worse, then I am not sure what is.

As new cases and hospitalizations run rampant throughout the majority of the United States, now is the time to step back and try to flatten the curve and reduce the spread before the virus takes control of the economy and the health of so many persons. As more people get infected and die across the country, there will also be a long term detrimental impact on the economy. States like California, Texas, Georgia, and Florida are just a few of the many states struggling to keep the new daily cases and hospitalizations at bay. Healthcare systems are being overwhelmed. Healthcare personnel, specialized equipment, supplies and personal protective equipment (PPE) are running low. The current course of events in the rest of the nation, however, should not be surprising since New York State and specifically New York City, went through this very same predicament just a few months ago. Through a concerted and data-driven method, New York State was able to flatten the curve and reopen in a phased approach- “NY Smart” as coined by Governor Andrew M. Cuomo. New York State is currently maintaining steady with low daily cases and daily hospitalizations. As of August 6th, California (530,739), Florida (502,739) and Texas (476,999) have surpassed New York (418, 225) in total cases.

Until a safe and approved treatment or vaccine is widely available for the public, we will only overcome and take control of this pandemic if the public and government collaborate. The public must heed guidelines, avoid mass gatherings, wear face coverings, keep physical distancing, and wash their hands or use alcohol-based sanitizer. The government must also do their part and assist in providing testing, healthcare services and provide a national approach to this pandemic. They need to provide a uniform message and promote unity rather than divisiveness.

In terms of reopening, there must be a closer look so that a phased approach is done in order to minimize the spread. We have already seen how abrupt reopening have contributed to the increase of cases across this nation. Before we allow schools to reopen with in person classes, there must be a plan to handle the large number of children in the schools. The teachers and staff must also be protected as part of the safe school reopening.

Good communication by all parties involved is also necessary. There is an uptake in infections among the younger adult population. Although they may not have as serious consequences, they may infect others who may be older or have underlying health conditions which may predispose them to have more complications including death. This nation needs customized public service announcements to raise awareness and increase compliance.

I know that it is hard to try to stay at home and not go to parties and hang out, especially during these summer months, but the general public must make hard decisions in the short term so that the long term impact is more beneficial to everyone in the community. Reopening too soon may have a short term positive effect on the economy but in the long term, if more people get infected, there will be a detrimental impact to the economy.

Bringing back a shutdown may be the answer to try to get ahold of the uncontrollable spread of the virus. Due to the incubation period of 14 days, another shut down for 30 days may be the best approach to get a better handle on the virus and its spread. If we do not shut down again, the cases will only increase, healthcare systems will be overwhelmed, military ships will need to be deployed to other parts of the country, makeshifts hospitals will be established at convention centers (as already seen in Texas) and most important of all, many more people will needlessly die. One approach may be an immediate 30-day shutdown to reduce the spread and flatten the curve across the country. This shutdown may include a partial roll back or a complete reversal to where some states were in the first quarter of 2020. This time period may be our last chance before the arrival of the academic calendar and the seasonal influenza.

Some may argue that forcing people to stay at home or wear masks when they go outside is imposing on people’s right. But then others can argue that by not doing so will not help us win the fight against the spread of a coronavirus that is engaging in community widespread transmission especially when 30-40 percent of persons may be asymptomatic and unknowingly transmit it to others who may be more vulnerable once they get it. Finally, one can also ask, “What has the current approach gotten us so far?”

We need to put the PUBLIC back into public health. We need to protect the public. And the public needs to do ITS part too.  We need to stand together as we confront other recurring events such as hurricanes (‘tis the season until November), heatwaves and seasonal influenza across the United States.

Let us all do our part to be in control of this virus so that we are better prepared for the months to come in case a second wave comes in the fall. I do not want to relive the days where most of the patients I see were dying from COVID-19 complications. We have an opportunity to do better. We can do better. We must do better.

George W. Contreras, DrPH(c), MEP, MPH, MS, CEM, is Assistant Director of the Center for Disaster Medicine and Assistant Professor, Institute of Public Health, at New York Medical College. He is adjunct Associate Professor at John Jay College of Criminal Justice and adjunct Professor at Metropolitan College of New York. He also still works as a paramedic in the New York City.