On the surface, the United States appears to be one of the best places to grow old. After all, we have some of the best hospital facilities, a high standard of living, and tons of investors ready to help build a new wave of senior housing to keep our growing aging population safe. So why does America continue to rank behind other developing countries when it comes to the overall well-being of its aging?

It turns out quality senior housing itself is not enough to solve the problems facing today’s aging Americans—problems including both poverty and isolation, which lead to increased risk of death. Although many have a place to live, some 60 percent of nursing home residents do not receive visitors—a problem that leads to depression, as well as greater instances of abuse and neglect. The statistics show it is no longer adequate to know where we’ll “put” our aging population—it’s how we treat them going forward that matters most.

In a report from AARP and HelpAge, Aging, Older Persons, and the 2030 Agenda for Sustainable Development, research showed 40 percent of older persons in the United States are living in poverty. Compare that to the United Kingdom (19 percent), Norway (11 percent) and even Poland (20 percent) and Slovenia (9 percent). In a 2017 list of the best places to grow old, the United States came in 9th. Still, the World Health Organization notes that ranking may be misleading. Their study found that while the United States is one of the richest countries in the world, its elderly fare worse in both income security and health than more than 20 countries other countries. In fact, the U.S. ranked 35th in pension coverage. How does an investment in senior housing fix that?

The answer: we need to invest better in senior housing.

Impact investing has become a trendy topic as of late, especially in the private equity circle. And while senior housing seems to fit the bill as an “impact” investment by providing more space to house our aging, it doesn’t solve the more personal problems that still lie in wait. When it comes to helping our aging, investors have a responsibility to look beyond just making money with their senior housing investments. They need to research how the community plans to help make residents’ lives better, more meaningful, and affordable. After all, this is an opportunity for a cultural shift in America—one where we look at our aging as people to honor, rather than a challenge to manage—or an opportunity to capitalize on. The following are a few things for investors to keep in mind as they consider an investment in the senior housing space:

Consider a New Model
Though the number of private-pay, upscale senior housing developments is growing—and many may offer a higher potential return—it’s important to remember many seniors can’t afford those communities. Rather than investing in “a fancy place for mom,” consider investing in communities that make senior housing more affordable—and less stressful—for impacted families, while still providing high-quality care and services that keep our aging healthy and well.

Set a New Standard
The United States is not the only country facing a demographic shift in its aging population. By 2050, the population of those 65+ in China will be larger than the entire population of the United States. Germany has already experimented with “exporting” its elderly to cheaper locations like Hungary, and Japan has gone so far as to create care-bots to assist their elders—something many consider to be “emotionally dangerous.” We have an opportunity to be a model for other nations facing similar crises in housing for their aging family members. We need to embrace it! If we as a society can create chips that allow our blind to see, we can find a way to make senior housing more affordable. It’s an opportunity not just to build nice communities for our aging, but to be a model for the rest of the world for honoring those who came before us.

Just like the real estate bust in 2008, we’re at risk for another bust in the number of aging who can actually afford today’s upscale communities. There may literally come a time when there are too many upscale facilities and not enough seniors to afford them. In fact, many are starting to consider aging in places like the Philippines or Thailand, where facilities are not just comparable—they cost less than 25 percent of the price ($1,500/month versus up to $8,000) of those in the United States. Investing in more affordable locations in the United States will allow our aging to stay closer to home.

Learn from Other Cultures

Countries like Sweden and Switzerland have consistently ranked ahead of the United States when it comes to senior health and well-being. Consider researching investment models in other countries to find projects that mirror the same quality of care.

Remember: We’re All “The Aging Population”

Lastly, we need to remember that all of us are the aging population. All of us will get to the point where we need a safe and joyful place to live when we are too old to care for ourselves. Do we want that place to be one that adds great financial stress to our family members—or one that provides peace of mind to our children and ourselves? The choice seems obvious. If we really want to help our aging, we must be willing to do more.

Jess Stonefield is a contributing writer on aging, technology, senior care, housing, and the greater longevity economy for publications such as Forbes.com, Changing Aging, and Next Avenue. She is passionate about impact investing and the greater concept of “equitable equity”—spreading wealth to all levels of our society. She is a communications expert for Senior Living Fund. 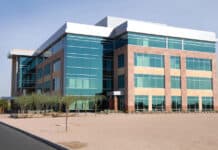 Values of a Good Building Design