If you’ve been accused of drinking and driving, you may have heard the phrase “breath alcohol ignition interlock device,” also known as a BAIID or an IID. This device is meant to ease the difficulties of those convicted of a DUI without failing to punish drunk drivers, but what does that mean for you?

If you’re not sure how this device works, read on for a little guidance on your case. Knowing what to expect before you agree to a BAIID can help you avoid any nasty surprises.

What is a Breath Alcohol Ignition Interlock Device?

If you’ve been convicted of a DUI, the judge may have granted you your license, but only if you use an ignition interlock device. This device is installed in your car to help deter further drinking and driving. That way, you’re unable to drink and drive.

This device is essentially a Breathalyzer machine attached to your car’s ignition. You’ll blow into it to take the sobriety test, and if you’re sober, the car will start. If you’re not sober, your car won’t start, and you’ll be unable to drive.

That helps keep driver convicted of a DUI responsible. If you’re physically unable to start the car unless you’re sober, it gives you fewer chances to have a few too many drinks and get behind the wheel again. That could protect you and other drivers, so many drivers choose this option if a conviction is likely or happening.

Qualifying for a BAIID

If you’ve been convicted of driving under the influence, you may have realized quickly that you have no other options for transportation. While Chicago does have a public transport system, you may be unable to afford a rideshare or other options to reliably get to work outside the city limits.

Because of this, you may need to fight for a hardship license with your Chicago DUI lawyer’s help. Your hardship license grants you the ability to drive, but only when absolutely necessary. A BAIID can help keep you accountable in these cases, which can help your chances of getting your license back.

When losing your license or driving under certain restrictions are your options, it can be stressful and difficult to make the right decisions. Fortunately, you have the chance to qualify for a BAIID and keep your license, even if you’re convicted of a DUI.

How to Avoid a BAIID

However, when possible, it’s best to avoid an ignition interlock device. These machines can help deter drinking and driving, but they can also be a nuisance and an embarrassment. Adding extra steps to start your car makes it difficult to get where you need to be on time, and it can be embarrassing to have visible proof that you were convicted of a DUI.

Because of this, it may be better for you to avoid a BAIID, when possible, by defending yourself against your DUI charges. Your lawyer can help you avoid these penalties and fight back for your case. 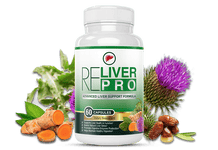