How Can Virtual Reality Be Used To Treat Mental Illness 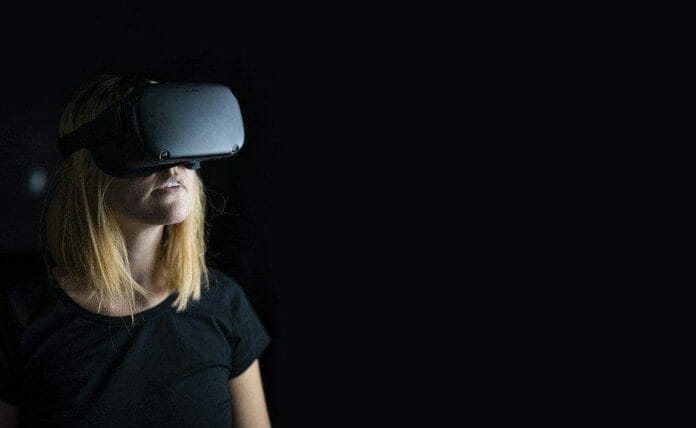 Upon hearing the word trauma, one envisions things like an accident, injury, or emotional damage. Words like stress, anxiety, and depression have different meanings for everyone. For ages, people are skeptical when it comes to talking about mental health. Unfortunately, we have portrayed mental health as a taboo, which has made matters worse for people in dire need of professional help.

What are the treatments?

Mental health disorders have various treatments that have evolved with time. From counseling to therapies and medications, professionals have used different combinations. Some people still opt for traditional herbal medicines. Shamanism used ancestral and herbal healing techniques to treat mental illnesses. Their methods involved using various plants and herbs in the form of pastes and tea to treat ailments. Modern medicine has found the use of ayahuasca as PTSD treatment quite effective. Ayahuasca is a plant found within the Amazon forest and is consumed in a tea-like brew, and studies have found it to be potent in controlling symptoms related to anxiety and PTSD.

As the world embraces digitalization and technology has seeped into our lives, the application of virtual reality in medicine is becoming increasingly popular. Many researchers believed that it could help in treating PTSD and other mental health issues. Here is how.

PTSD  is common, and the condition going unnoticed is even more so. Many studies suggest that people who have served in the war are more likely to suffer from PTSD than other individuals. Scientists have researched the use of virtual reality exposure therapy effective in helping veterans overcome PTSD. VRET helps simulate the traumatizing events that individuals have faced and helps them cope with their emotions and feelings. By projecting the triggering event, professionals guide patients until they are build a coping mechanism around their trauma.

Social anxiety is one of the most undermined mental illnesses because people often think that undiviudals suffering from it are rude, introverts, or ‘just like that.’ However, that is not the case. People who face social anxiety live in constant fear of being watched or judged by others. This fear affects their self-esteem and their perception of themselves to a great extent. Often, they experience panic attacks in crowded places.

The clinical use of VRET for people with social anxiety has proven beneficial. After carefully identifying factors that trigger their social anxiety, patients are then subjected to them via exposure therapy. Repeating the process eventually brings them to a point where they no longer experience signs and symptoms related to the disorder. Simultaneously, the treatment is supplemented with counseling to help them overcome low self-esteem issues and being judged by their peers.

Anxiety disorder is one of the common mental health issues affecting 40 million people in the US, costing 42 billion dollars annually. Decentralizing treatment through telemedicine and self-guided therapies can make a huge difference for many people afflicted with anxiety disorders.  Using virtual reality to treat anxiety disorders is essential by exposing the trigger to the patients and understanding it. Anxiety can stem from anything, it can be as minor as fear of losing someone, or it can be a past event messing with our brain.

Be it dark alleys or lizards, a phobia can be quite daunting, especially if it is prevalent at extreme levels. For instance, If you want to be a jet pilot but are afraid of flying, chances are you’ll have a tough time trying to fulfill your dream.

The Freudian concept of fear says that fear is illogical, and VRET can prove it right! In fact, exposure therapy has by far the most practical applications in helping people overcome their fears. Patients are subjected to simulations of the things that scare them until they can overcome them and are no longer afraid.

Whether we have diagnosable mental disorders or not, we all suffer from varying stress and anxiety levels in our lives. A financial hurdle, work burnout, a failing marriage, or flunking exams; the causes are variable. Stress can cripple our daily routines, leading to a chain reaction of developing mental and physical ailments in a pressure cooker effect. If we keep bottling it inside us, it eventually leads to a breakdown.

VRET has played a substantial role in helping people relieve their stress and get them to practicing meditation. Many companies have incorporated virtual reality as a solution to deal with anxiety and stress at the workplace. VR meditation games are also an excellent way to keep stress levels low after a long, tiring day.

Avoidance is one of the most collective reactions in response to a triggering event or a memory. People who have PTSD often indulge in unhealthy activities as a means to overlook their deteriorating mental health. Since 1997, researchers have studied virtual reality and found its implementation in exposure therapy beneficial. Be it stress, fear, anxiety, or any trauma, getting exposure to a particular stimulus reduces its effect in the long run.

Howver, VRET alone cannot help patients who have PTSD or a phobia. It also involves cognitive behavioral therapy to change the thought process associated with that trigger. Both behavioral and exposure therapy work side by side in helping people deal with mental illness. Fortunately, medical practitioners now realize the benefits of applying both sciences to treat medical diseases worldwide.