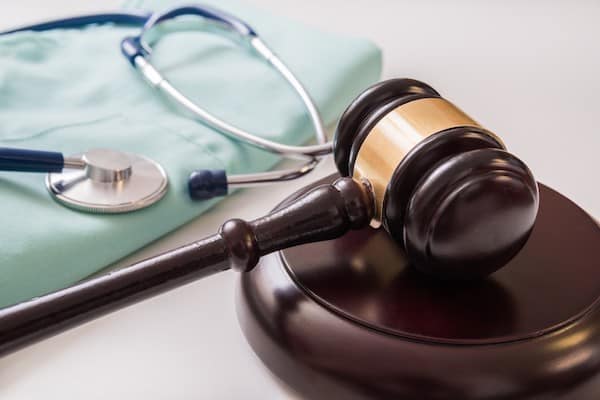 By Kevin Koronka and Julian Rivera

According to the EEOC, the hospital’s “Late Career Practitioner Policy” dictates that medical providers over the age of 70 must undergo both neuropsychological and ophthalmologic examinations – a policy the federal agency claims violates both the Americans with Disabilities Act (“ADA”) and Age Discrimination in Employment Act (“ADEA”).  The EEOC claims that the individuals required to be tested are singled out solely because of their age, instead of a suspicion that their cognitive abilities may have declined. The agency further charges that the policy also violates the ADA because it subjects the physicians to medical examinations that are not job-related or consistent with business necessity.

The hospital asserts that the policy is well-intentioned and is desired to protect its patients from potential harm, while including safeguards to ensure the physicians are treated fairly with regard to their application or renewal of their medical staff privileges.

The lawsuit alleges that the hospital enacted the policy in 2016 and has since required 145 individuals over the age of 70 to undergo testing.  The EEOC is seeking relief on behalf of all allegedly impacted individuals.

A Yale medical school professor and the hospital’s chief of staff recently published findings in the Journal of the American Medical Association reporting that the mandatory testing showed that nearly one in eight clinicians age 70 or older had cognitive deficits that were likely to impair their ability to practice medicine independently.  The medical school professor stated that he initially “thought it was a good idea, but [he] wasn’t sure about its necessity” but that he “now believe[s] it is essential to review older clinicians” as “[w]hile older clinicians can bring a great deal of experience and expertise to the practice of medicine, we must be sure that they have the cognitive ability to solve problems and make appropriate judgments.”

As recently noted by the New York Times, age based testing of health care professionals is a growing trend, with hospitals and medical staffs across the nation attempting to balance clinicians’ rights with their duties to protect patients from potential harm.  This is especially pertinent now, as more than 10% of actively licensed physicians in the country are estimated to be older than 70.

Hospitals around the country, along with their peer review and medical staff governance committees, are aware of the recent studies which establish that an individual’s cognitive and other skills begin to decline with age.  It has long been recognized that protecting patients from impaired providers, whether due to age-related factors or others, is fundamental to a hospital’s business.  As a result, peer review organizations are bound to disagree that cognitive function and eyesight are not considered job-related and that, from a business necessity perspective, they should be permitted to make such inquiries.  Further, from a business necessity standpoint, accreditation standards obligate hospitals and/or their medical staff committees to obtain information about a physician’s current physical and mental health status as a condition of appointment and reappointment to their medical staffs.  Similarly, hospital policies, medical staff bylaws and accreditation standards require the identification, on an ongoing basis, of physician impairment issues, particularly given that such issues are often not self-reported.

The EEOC’s position appears to be that a mandatory examination is legally appropriate only where there is an observed decline specific to an individual doctor. Of course, a hospital or medical staff may not be specifically aware of a cognitive decline or safety issue until a patient incident has already occurred.  Credentialing and peer review committees, tasked with proactively preventing such incidents, would likely argue that the goal of preventing patient harm comes first, and that such a uniform policy is appropriate in the hospital setting in order to protect patient safety.  Moreover, credentialing committees must be concerned with potential negligent credentialing claims.

Other industries have faced similar challenges in the past.  For instance, commercial airline pilots are generally required, under FAA regulations, to retire by the age of 65 and to undergo regularly scheduled medical examinations.  The rationale is that airlines can impose a mandatory retirement age or other examinations as they can show that age is a “bona fide occupational qualification.” Because of the safety issues involved in piloting a commercial aircraft, the FAA and commercial airlines have taken the position than health issues brought on by aging creates a permissible exception to the general prohibition against mandatory retirement age policies.  The same exception has been found to apply to police officers and firefighters.

Many observers may find it difficult to create a distinction between pilots, police officers and physicians when it comes to safety issues, particularly when the EEOC has attempted to challenge similar policies impacting pilots and first responders in the past.  With the tension between hospitals’ obligations concerning patient safety and older physicians’ individual employment rights, as well as the academic research done on the issues, health care systems and providers will be closely monitoring the litigation between the EEOC and Yale for the impact it may have on their current, planned or future policies related to aging physicians and whether their medical staff members might be treated in the same manner as pilots or first responders.

Given the EEOC’s position that traditional employment statutes like the ADA and ADEA apply to the teaching hospital’s medical staff (as privileges are required as a condition of employment at Yale Medical School), if the EEOC is successful, this case will cause significant disruption beyond the traditional sphere of employment due to the likely reversal of similar policies in hospitals or medical staffs across the nation.  In the meantime, hospitals and their medical staffs should review their existing bylaws, faculty plans, employment agreements and related physician reporting policies to assure that they are objective, balanced and based on the safety of patients, while evaluating with outside counsel the issues presented in developing or maintaining a procedure similar to Yale’s Late Career Practitioner Policy.

When to Hire a Qualified Personal Injury Attorney