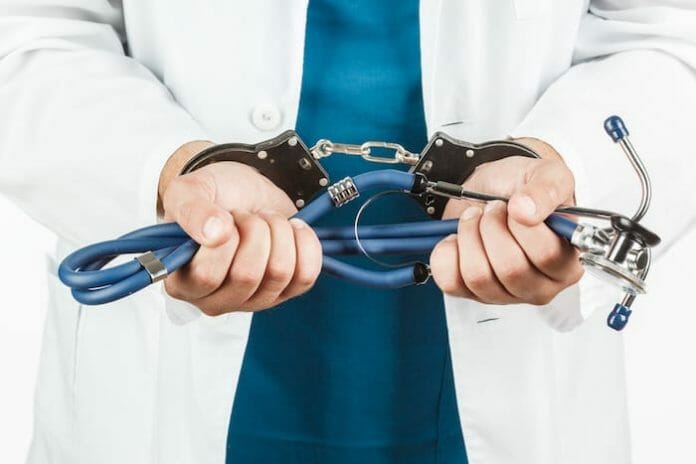 The FCA or False Claims Act is the primary means of the federal government to protect itself against fraud. Contractors, businesses, and individuals who attempt to exploit the programs of the government for their own benefit can be prosecuted by the government through the FCA.

The whistleblowers or people who speak out against fraud are offered protection by the False Claims Act under its qui tam provision. Note that whistleblowers can file legal actions against individuals, businesses, and contractors on the government’s behalf. If you’re one of the brave citizens who want to blow the whistle, check out this Lawsuit Legal guide for whistleblowers.

Read on below for the 11 things you need to know about FCA.

The FCA is also popularly known as the “Lincoln Law” since it was proposed by former US President Abraham Lincoln.  It was during the Civil War when the False Claims Act was developed as a response to the military contractors’ war profiteering activities. From selling the same horses for cavalry units to the armed forces of the US multiple times to sending boxes that contain sawdust instead of guns, military contractors attempted to defraud the government in several ways during the Civil War period.

From 1863 to 1943, the False Claims Act remained in its pure, original form. However, various amendments to its provision de-incentivizing qui tam actions followed. The amendments made the statute nearly obsolete. In order to provide greater incentives to civilians or private citizens that report fraud activities on the government, the FCA was amended again in 1986. Ever since the 1986 amendment, the said act became an increasingly active mechanism for the federal government to combat false claims and fraud.

The Federal Claims Act has a unique mechanism termed as “qui tam” that allows a private person or entity to sue the wrongdoer on the federal government’s behalf as long as they have evidence of fraud against the government. It actually stands for a long Latin phrase that describes the action as one brought under the FCA by a private plaintiff. Such actions are also referred to by some as ‘whistleblower lawsuits.’  Note that the government can either choose to intervene or decline intervention with a qui tam lawsuit. The case may proceed as a private lawsuit should the private plaintiff decides to continue even if the government already declined intervention.

Examples of frauds that can be stopped through qui tam lawsuits are education services fraud, like research misconduct in academic institutions, defense contractor fraud, healthcare fraud, and other fraud types that financially impact the government. Qui tam lawsuits have become a potent way for individual whistleblowers to help the federal government combat fraudulent activities. Qui tam actions result in the recovery of billions of funds that have been cleared out from the taxpayers and US treasury.

Violations of the False Claims Act occur in any situation wherein the local, state, or federal government is dispensing or collecting money. Qui tam offenses are very common and include the following:

The above mentioned violations are only some of the many offenses that warrant a qui tam case under the FCA.

Massive settlements have been paid by some hospitals and hospital companies to resolve qui tam actions against them. In 2000, the largest US for-profit hospital chain, the Columbia HCA, paid over USD$731 million to settle FCA allegations against them. Also, Tenet Healthcare agreed to pay USD$900 million to the federal government in 2006. The national hospital system’s massive settlement was for billing violations that also involved bill padding, upcoding, kickbacks, and manipulation of outlier payments. Similarly, a New York non-profit hospital chain known as St. Barnabas Hospitals paid USD$265 million to settle allegations related to improperly claiming ‘outlier’ Medicare payments in 2006.

The news that the federal government has recovered massive amounts of money from FCA violations made by hospitals isn’t surprising. That’s because healthcare is actually the false claim recovery’s top industry. In 2009, more than two-thirds of the total recoveries under the False Claims Act were from healthcare fraud. The total collection was USD$2.4 billion, and the accounted amount recovered from healthcare fraud was approximately USD$1.6 billion. Other federal agencies that shared in these recoveries include the following:

Significant changes were implemented to the False Claims Act in 2009 after former US president Barack Obama’s signing into law of the Fraud Enforcement and Recovery Act. The changes include the addition of known retention of overpayments as an FCA violation on top of improper filing to collect money. Retention of overpayments made by healthcare providers, such as hospitals, are now considered as a qui tam offense. The expansion of the False Claims Act’s prohibited conduct has also made clear that any false claims submission even if not directly handed to the federal government can still be considered as an FCA violation. That means it also covers false claims submitted to a state Medicaid program.

It’s essential to note that a whistleblower’s identity will be revealed in the course of a qui tam case. That’s because the complaint can’t be sealed indefinitely. However, until the federal government decides to lift the qui tam action’s seal or even when a qui tam complaint or action has been filed against it, the defendant won’t learn the identity of the whistleblower. That means the whistleblower’s identity will remain a secret to everyone except the federal government during the seal period.

Also, the identity of the whistleblower will almost always be revealed to the public should they decide to continue with the complaint even if the government already declined to intervene. On the other hand, the whistleblower’s identity and the fact that they filed a qui tam action will remain a secret from public knowledge if the whistleblower decides not to proceed with the qui tam complaint.

A lot of people are asking whether they’ll immediately obtain a False Claims Act qui tam reward if they provide information to the federal government about fraud. Well, the answer is ‘no.’ Only disclosing information to the federal government won’t meet the requirements. It’s essential to strictly follow the FCA’s outlined procedures, which means the whistleblower must file a quit tam complaint in federal court.

Violations under the FCA can result in financial penalties to the organization or person involved. The recovery will be three times the total amount of false claims on top of a penalty of USD$5,500 to USD$11,000 per claim.

The False Claims Act allows private individuals to file complaints against fraudsters on behalf of the government. The goal of the FCA is to change corrupt corporate cultures, bring law enforcement attention to any scheme that defrauds taxpayers, and to incentivize integrity.

Why Medical Clearance Is Really a Preoperative Evaluation