Market forces have always ensured that health services stay afloat and profitable. Yet, it is easy to understand why so many people have a bleak attitude with regards to the health service. Some of the statistics are rather troubling. This article features a few of these troubling statistics. They may spell bad news for health insurance companies and government tax offices, but they are good news for you. These statistics should compel you to get into the healthcare industry if you want a recession-proof, stable and well-paying job.

The Cost of Noncommunicable Diseases Are Ballooning

A noncommunicable disease is something like heart disease or diabetes. It is a problem that is often brought on by genetics or lifestyle choices. The morbid fact is that we are becoming so proficient at treating these diseases that people with them are living far longer. Meanwhile, they are consuming epic amounts of drugs over their lifetimes to control these problems.

This spells bad news for our water tables and reservoirs since many of these drugs do not degrade quickly enough when they are expelled as urine. It is even worse for the health services of the world as the inflation adjusted cost in 2030 may be as much as $30 trillion. This is especially true if bitcoin is accepted by more governments as a way to pay taxes, as we will start seeing similar problems appear in developing economies where banks are not trusted, but where people may still earn and maintain personal wealth through cryptocurrency.

In order to keep up with the demands of the global population, by 2030 the world will need 80 million health workers. But, without intervention, we will only have 65 million workers, leaving us short by around 15 million. This is likely to cause serious harm to everyone’s healthcare around the world.

Here are two key factors that don’t help with the shortage of healthcare workers: you have the aging population who may survive much longer than their ancestors because of the miracle of modern medicine and health service jobs are not touted as preferable jobs. The media saturates us with messages about how horrible nursing and caring jobs are, and so people avoid them.

On the other hand, with the exception of the USA, India, China, and UK, unemployment is rising, especially in middle eastern countries, eastern Europe, and several parts of Asia. Yet, if they had suitable healthcare qualifications and degrees, they could easily find work in their own countries and abroad. For example, we all know that getting into the USA is tougher these days, but if you have any form of medical qualification, including nursing, childcare, elder care qualifications, then they will throw a visa at you in order to encourage you to come over and work. If you are looking for a recession-proof and safe job in the future, then strongly consider a job in healthcare.

Around 30% of Doctors Are Men

Is this another piece of divisive piece of feminist propaganda? Well, actually no, because on an almost worldwide level, in developed countries, the health service hires women at the 3 to 1 rate over men. In fact, in South American countries, and many parts of Europe, the health service is the biggest industry where women can thrive and earn a good living.

So, why are so many men becoming doctors when women are not? Commonly, people suggest it is because more men would be nurses if the term “nurse” were not so gender stereotyped. However, the real reason is the same as why there are more male veterinarians, judges and lawyers. The fact is that training and education takes so long, and it severely cuts into the years where a woman is fertile.

Even if a woman doesn’t have children up to the age of 27yrs old, she will have to give birth within the next 8 years afterwards if she wants the best chances for a problem-free pregnancy. This again, will cut into her career as a doctor, lawyer, judge, etc. In short, if you want to be a doctor, and you are a woman, you will have to choose between not having kids, or choose a career path that is more difficult if you also wish to have children. On the other hand, if you do become a doctor as a woman, then finding a job is easier because of various mandated diversity quotas that hospitals have.

Take the United Kingdom where there are more women becoming doctors each year than men, which is a stark contrast to the rest of the world. You would think that this means there are fewer doctor jobs for women, but this is not true. Female doctors are more likely to take part-time hours in order to have children, which means there are still plenty of other doctor jobs for other men and women. In short, there are going to be countries and areas where the statistics listed above do not apply, but in many cases this doesn’t nullify the argument in this article. In almost every case, getting a career in the health service is a good, profitable, long-lasting and intelligent thing to do. 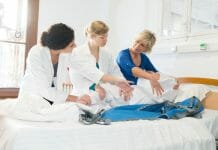 Essential Things All Caregivers Should Know 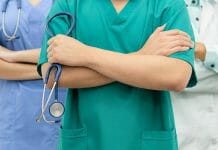 The Best States To Work in if You’re a Nurse 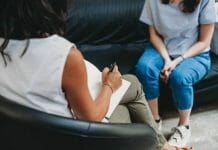 How To Achieve Work-Life Balance as a Psychotherapist