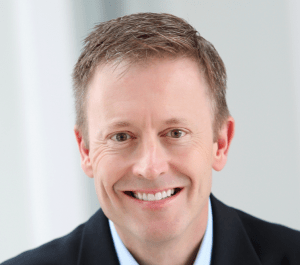 Forest fires are once again raging in California, burning in unpredictable patterns and leaving catastrophic destruction in their wake. What we’ve witnessed in Southern California is not dissimilar from the October Tubbs fire that decimated Santa Rosa, destroying neighborhoods, jumping Highway 101, and forcing the evacuation of a hospital.

In both instances physicians, nurses and other healthcare providers joined with fire and police first responders to help stunned residents cope physically and emotionally with the tragedy that befell them. These courageous efforts were captured well in the San Jose Mercury News in October when they reported that “a team of Kaiser Permanente nurses and doctors, faces covered by respirators, gently raced critical patients in hospital beds down the street, with bright orange flames in the background. About 130 patients were safely evacuated in three hours, including women in labor and a very sick child.”

For those of us in healthcare, such heroic actions should come as no surprise. Responding to emergencies with quick, nimble and decisive action is what providers are trained to do … and do every day. Sadly, however, the same cannot be said for many health system executives whose organizational structure and outworn ways of doing things is nothing more than a hindrance when decisive action is needed.

And now is just such a time.

Over the past few weeks, CVS and Aetna announced plans to merge … and as if word of that enormous conglomeration wasn’t enough, it was followed quickly by United/Optum announcing its plan to acquire DaVita. If Paul Revere was alive today, he would mount up and ride cross country shouting a warning to all healthcare providers to wake up and take arms as these consolidations could have a chilling effect on the healthcare industry for years to come.

Make no mistake; CVS/Aetna and United/Optum are planning a blitzkrieg in every market they operate, which in United’s case includes every one of the 50 states. For healthcare provides caught in the crossfires of these transactions, this is no time for committee decisions or the creation of task forces that need consensus to make even the slightest movement. It is time for bold leadership and purposeful action.

If and when completed, CVS will have the ability to leverage its retail expertise against the Aetna membership; and Aetna will instantly have the ability to encourage or entice (or even force) consumers to use MinuteClinic. As for their part, United – which already employs more physicians than anyone else in America – will add to that number through DaVita’s Health Care Partners division, particularly in attractive markets like Southern California. In addition, United will increase its ownership of leading brands in ambulatory services, which will come to include MedExpress (200+ urgent care clinics), Surgical Care Affiliates (200+ surgery centers), and DaVita (200+ dialysis centers).

Health system leaders that continue to focus on deliberate, group-driven incremental change are in for a big surprise when the full impact of these consolidations take place. If your leadership team has been spending more time thinking about Epic’s roadmap than how United and Aetna are about to separate your system from “your” patients who are “their” members, the New Year may be a good time to make a new resolution: commit to dramatic change now. Don’t let antiquated ways of doing things be a barrier between your organization and sustainable success. It is one of the great ironies of our industry that in a world full of enemies, the most dangerous threat to a health system is a fear of disrupting the status quo. For many health systems, the words of Pogo ring true: “We have met the enemy, and he is us.”

For the foreseeable future, health systems will be fighting unprecedented fires on multiple fronts; and using a garden hose as a defense is doomed to fail. As General Eric Shinseki said, “If you don’t like change, you are going to like irrelevance even less.”

Hal Andrews is chief executive officer of Trilliant Health, the parent of a group of technology, data, and marketing companies focused on helping hospitals and healthcare providers grow profitable revenue.