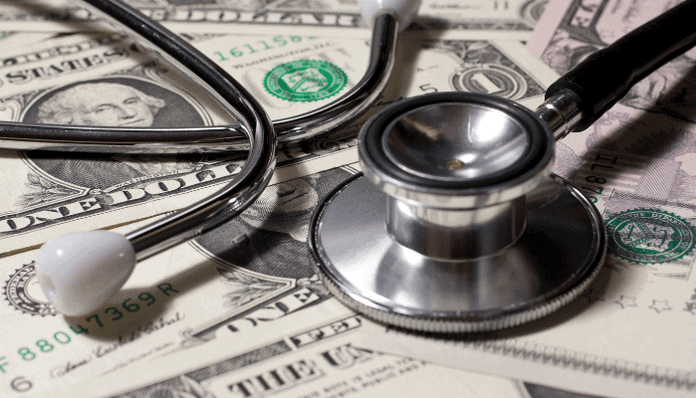 At over 17% of GDP, the United States spends more on healthcare than any country in the world. We are “first” in spend, but we are far from achieving the best outcomes. While the potential solution to this problem is a perennial subject of fierce debate, many elected officials across the political spectrum agree that the United States spends too much on pharmaceuticals, which directly impacts the overall value equation in the healthcare system.

President Biden recently spoke about the nation’s increasingly unaffordable drug prices, urging Congress to take steps toward drug pricing reform. While the President’s proposed plan is a long way from becoming reality, it does hold promise for effecting critical improvements. Here are five levers that the United States could deploy to reduce drugs costs and confront runaway healthcare spend:

Among the 37 OECD countries, only the United States, Canada and New Zealand allow direct-to-consumer advertising of prescription drugs. And the United States does not use its size as leverage to negotiate bulk discounts on drug purchases. Rather, each individual plan must negotiate prices and rebates directly with manufacturers relative to their own size and geographic reach. The Veterans Health Administration (providing healthcare coverage for former military and their dependents) and TRICARE (providing healthcare coverage for active military and their dependents) are not encumbered by this practice. Yet, Health and Human Services effectively enables manufactures to charge their desired price, even as Medicare covers over 30% of retail drug spend in the US. The federal government should embrace its fiduciary responsibility to taxpayers, rather than continue to cross-subsidize pharmaceuticals across the globe, by negotiating prices akin to those realized in other developed nations.

Drug development is a challenging enterprise with uncertain outcomes. Over time, the government has enacted several policies to support innovation in the face of high front-loaded investments—among them, tax credits that offset research and development costs, support for patient medical expenses in clinical trials, and expedited FDA review. Larger pharmaceutical companies have also offset their risk by purchasing smaller companies that undertook initial research and discovery work—often funded in part by NIH grants and other public support—thereby greatly improving their odds of successfully commercializing therapies. Yet, none of those programs requires that companies make price concessions when their drugs are marketed. The risk-reward ratio should support private sector innovation but not without regard to the public domain, whose investment and policies supported those discoveries.

In theory, new drugs receive FDA exclusivity for 5-12 years, providing a period of monopoly in the marketplace whereby manufacturers may benefit from high prices to recoup R&D expenses and deliver profit to their shareholders. In practice, minor changes such as that to a drug’s formulation or coating may extend patent protection for decades. Enbrel, a rheumatoid arthritis drug, was developed in the 1990s, but its many patents don’t expire until 2029—and in the meantime, the drug has a wholesale cost of more than $72,000 a year. This sharply reduces competition well beyond the periods envisioned by the law, as other manufacturers are delayed or prevented from producing generics of brand-name drugs. By allowing the law to be used to extend monopoly power for decades, the very same patent process designed to provide incentives for drug development in a market-based economy can be used to stifle innovation and reduce competition, in effect causing a market failure. Reducing the number and types of patents available to drug manufacturers—and preventing manipulation of the patent process to extend patents perpetually—will help curtail this practice, and by extension, overall drug costs.

Some of the most expensive drugs on the market are biologics, which are large molecule drugs modeled after those in living systems. They are more costly to manufacture and administer than their small molecule cousins, typically requiring more expensive capital plant and provider-administered infusions (as opposed to availability in liquid and pill form). Yet, multiple barriers to developing biosimilars (therapeutically similar drugs, although not identical as in the case of generic pills) exist. These include high threshold costs to achieve FDA approval, patent fights, and low reimbursement levels. Europe, on the other hand, has taken a more aggressive stance to encourage biosimilar production and commercialization. By shifting our approach towards biosimilars, the US will provide alternatives to some of the key drivers of pharmaceutical expense.

The United States healthcare system is a story of intermediaries, each with their own financial interests often driving costs upward. Pharmaceutical distribution is no exception. There are contractual arrangements that tie wholesale distributors, pharmacy benefits managers, insurers, retail pharmacies, and others together in a gordian knot. The details of those arrangements are rarely made public. Yet, these complex agreements often favor brand-name or other high-price drugs even if they offer little clinical value, creating waste and potentially reducing competition. Rebates and other discounting mechanisms further complicate the drug supply chain, meaning that economic benefits may be realized for specific stakeholders, even as the system on the whole achieves sub-optimal value.

It goes without saying that healthcare is extremely complex, and that any one of the above initiatives may have unintended consequences. Nonetheless, inaction threatens to crush U.S. healthcare under its own weight. It is time to move from ideation to action, and intelligently reduce pharmaceutical costs as one critical step toward protecting the long-term financial viability of our healthcare system.