Curtailing “A Crisis on Steroids”: How to Halt the Nursing Home Talent Drain 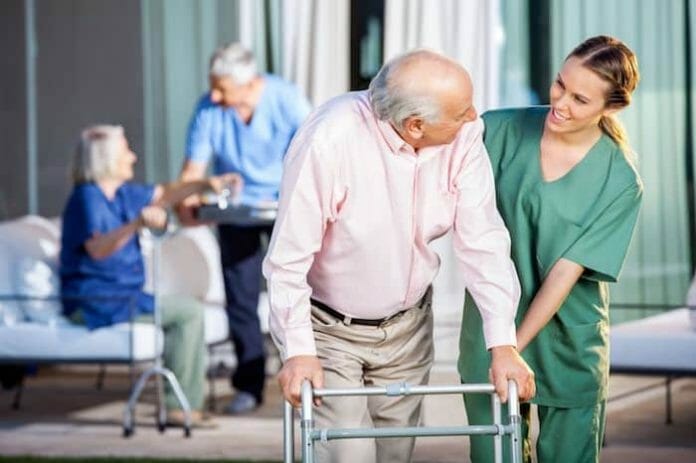 In January 2022, Washington Post reporter Rebecca Tan gave a face to the nursing-home labor shortage when she profiled 34-year-old LaToya Francis, who works at a facility in Southwest Washington, D.C. Tan detailed the overwhelming stress faced by Francis – how she must deal with a staggering workload, and how it often leaves her in tears.

While the talent shortfall predated the pandemic, it has become particularly acute since the outbreak hit the U.S. in March 2020. A report released in November 2021 by the American Health Care Association (AHCA) and National Center for Assisted Living (NCAL) cited Bureau of Labor Statistics (BLS) calculations showing that nursing homes had lost 221,000 workers between the start of the pandemic and October 2021. But Tan, also using BLS calculations, wrote that the number is closer to 420,000.

Small wonder that Harvard Medical School researcher David Grabowski called the shortage “a crisis on steroids,” according to Tan’s report.

Even more troubling is the fact that there will be an increasing need for nursing-home workers in the years to come. Some 10,000 Baby Boomers are passing the age of 65 each day while at the same time fertility rates are falling, meaning that by 2034, the number of seniors will outnumber those under the age of 18. As Dr. Grace Whiting, president and CEO of the National Alliance of Caregivers, told the website Census.gov, “We aren’t having enough children to take care of us in our old age.”

Sixty-nine percent of the nation’s 14,000 nursing homes have turned to temp workers to fill the breach, and some 58 percent of those facilities began limiting admissions. But increased governmental support would appear to go a long way toward alleviating the issue, as was noted by Mark Parkinson, president/CEO of AHCA/NCAL, in a statement quoted by Provider Magazine:

“Congress has the opportunity right now, through budget reconciliation, to include meaningful investments in long-term care, which will help address key staffing challenges. Our caregivers are the backbone of long-term care, and they deserve the full support of our lawmakers. We cannot allow facilities to close because of these challenges, which will directly impact residents and their families, especially when lawmakers have the means to help solve this dire situation.”

Certainly the federal government has sought to intervene in other ways. Tan noted in her piece the introduction in the U.S. Senate of The Nursing Home Improvement and Accountability Act of 2021, which establishes minimum staffing limits in nursing homes, as well as standards of accountability and transparency. Approval of this measure, which has become part of President Joseph R. Biden’s Build Back Better agenda, has been stalled in Congress, however.

As noted on the website Assistedliving.org, the aging services budget stood at $455.1 million in 2018, some $170 million more than in 1960, when the first federally funded nursing homes were built (with privately financed facilities soon to follow). The uptick in funding has, however, not kept pace with the increase in the number of seniors in need of such care.

Beyond that, there is the increased usage of time-saving (and, ultimately, life-saving) technology, like robotics, remote patient monitoring systems and electronic health records.

Other suggestions include tweaking the workplace culture to improve employees’ work-life balance and decrease the possibility of burnout, and upgrading recruiting efforts. Two examples of the latter are certified nursing assistant programs in Florida and Minnesota, which in recent years have brought hundreds of candidates into the pipeline, and have boasted a strong retention rate.

As Parkinson told Skilled Nursing News: “I do think there will be an end to the employment crisis, but it’s going to take a while. We’re going to not only have to be great employers on the engagement and satisfaction side, we have to have jobs that can compete with other sectors.”

The bottom line is that the staffing crisis is not going to abate any time soon. In fact, it will only worsen, given the increasing number of seniors that will require nursing-home care in the years to come. As a result, those operating such facilities will need to be agile and creative in seeking solutions that will not only ensure better working conditions, but also the best possible outcomes.

Melissa Powell is COO of Genesis HealthCare, a network of 250 facilities across 22 states.