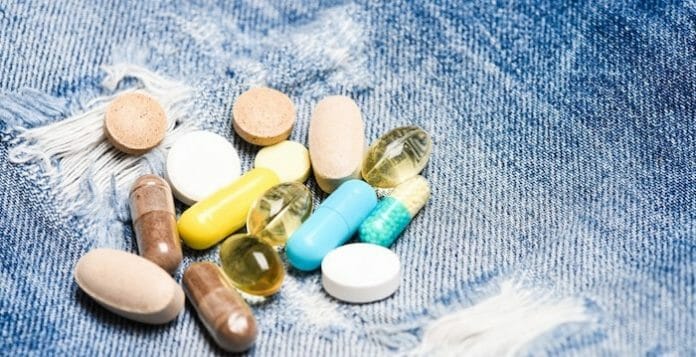 At first glance, the Inflation Reduction Act (IRA) seems like a step toward reducing drug prices, but it falls short for not addressing the medication waste epidemic.

There are plenty of signs that something is very wrong with our medication spending levels. According to the Kaiser Family Foundation and the Peterson Institute on Healthcare, the U.S. spent more than $1,000 per person on prescription medications in 2019, double the $552 average that other high-income countries paid per person. The exact same medications cost far less across the border in Canada (or in Europe), even for medications manufactured by US-based companies.

For all of our ever-increasing spending, much of it by the federal government, we have very little to show for it. Our improvement in life expectancy has stalled, and U.S. life expectancy is now lower than that of Chile, Slovenia, and a large portion of the European Union. Life expectancy in other industrialized countries has steadily increased over the last thirty years.

Even more alarming is the fact that the U.S. spends over $500B on medications each year, but we still have no idea if patients are actually taking their medications, experiencing side effects, or administering them properly. We do know that only half of the medications are picked up at the pharmacy, and poor medication adherence (not taking medication properly) leads to worse health outcomes, increased mortality, and a substantial rise in healthcare costs.

Earlier this month, in an attempt to address the problem, Congress passed the Inflation Reduction Act (IRA), which President Biden then promptly signed into law on August 17. In an unprecedented move, the IRA will permit Medicare to bargain with drug companies over the price of prescription medications starting in 2026. The legislation will also penalize drug companies for raising Medicare drug prices faster than the inflation rate, among other provisions. These changes are long overdue; it is shocking that the largest purchaser of medications in the US (the government, which is funded by the taxpayer) has been accepting prices without negotiation.

Despite the positive developments, efforts to lower drug prices through the IRA miss the mark because the Centers for Medicare & Medicaid Services (CMS) quality program is driving massively inflated drug pricing. The CMS’ antiquated “adherence” quality metrics were created with good intentions — to make sure people have access to prescription drugs. To the delight of pharma and the medication supply chain, the metrics encourage the refill of certain medications aimed at controlling chronic diseases, with no incentive at all for health plans to ensure that these medications are effective and actually taken. In fact, premiums can be increased for achieving refill quality metrics, with no regard for whether the medications are used. Often, a 90-day supply is picked up, only for the regimen to change a few weeks later, with a new 90-day supply of the next medication. CMS is promoting self-inflicted waste.

Pushing refills has created at least two major problems. First, drug prices are set to an artificially-inflated demand; prices would drop if they were based on what is actually needed and taken. Second, non-optimized regimens and medication non-adherence result in more than $500B in preventable morbidity and mortality each year. Revenues in the medication manufacturing supply chain may be up, but it’s a horrible status quo for Medicare, Medicare and Medicaid managed care organizations, patients, and the taxpayer, all of whom pay for unnecessary medications and poor outcomes from non-adherence.

We can do better. There is an obvious, feasible, no-legislation-required solution to fight rising drug costs right under our noses: changing CMS medication adherence quality metrics to give health plans an incentive to make sure patients are actually taking the right medications correctly and consistently.

Instead of continuing to use refill rates as a proxy for medication adherence, the CMS can add measurements of true adherence through more accurate indicators, such as biological markers (like cholesterol levels for statins, viral load for HIV, or A1C for type 2 diabetes). The standard of care for inpatient care, directly observed therapy (DOT), can also be extended to the outpatient setting for some time to provide certainty that medications are taken properly while supporting the management of adverse events. We now have the technology to provide a window into patients’ lives to understand and manage issues that might prevent the taking of medication. Such insights are an essential first step in investigating how to optimize the overall health of each individual.

Modernizing antiquated, waste-inducing adherence quality measures will reduce inflated demand and drive a culture where proper medication taking becomes the standard. Imagine a world where health plans have a financial incentive to make sure patient medication regimens are optimized and then actually taken as prescribed. After all, nowhere in the definition of “medication adherence” is there a mention of refills. The accepted meaning of the term (CDC, WHO, and others agree) is the extent to which medications are taken as prescribed. Well, let’s measure that! This is a blind spot in the drug cost equation. We can save a lot more than money by setting an incentive framework that encourages the disciplined, cost-effective prescribing and use of billions of dollars of medication.

Sebastian Seiguer is CEO and co-founder of emocha Health, a digital health platform that has been implemented by Johns Hopkins and 400+ health departments.