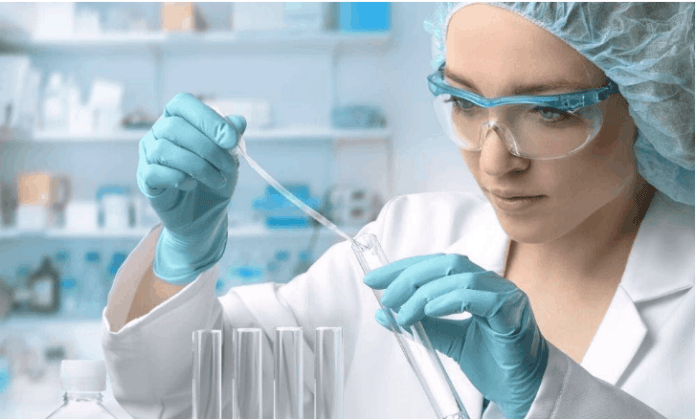 By Prof. Shai Efrati MD, Director of The Sagol Center for Hyperbaric Medicine and Research and by Prof. Rachel Lev-Wiesel chair of The Emili Sagol CAT Research Center, The Sagol Lab for Children at Risk, University of Haifa

Fibromyalgia syndrome, a chronic pain condition characterized by widespread pain, fatigue and cognitive issues, impacts a large portion of the population. The syndrome’s effect on people’s lives is severe, limiting the ability of sufferers to engage in everyday activity. Effecting an estimate of 2-5% of the world, 75-90% of patients are female. While the exact cause of fibromyalgia is inconclusive, science today suggests that fibromyalgia stems from an increase in the transmission and processing of pain within the central nervous system.

Prof. Efrati, MD: “Through my work as Director of The Sagol Center for Hyperbaric Medicine and Research, I have spent years conducting research on the effect of Hyperbaric Oxygen Therapy (HBOT) on wounds. At the beginning I was focused on physical wounds, and over time, we discovered HBOT’s ability to heal certain types of damaged brain tissue, treating traumatic brain injuries and post stroke-patients. Most recently, based on clinical observation we had on fibromyalgia patients being treated for other indications, we have initiated an ongoing research program on central pain syndrome, also known as fibromyalgia.  While researchers have been inconclusive on the causes of fibromyalgia, among possible risk factors is an emotionally or physically traumatic event.

Today in our research program, we refer to the fibromyalgia patients based on the trigger that initiated the syndrome and based on metabolic brain imaging. In the last published study, we demonstrated the link between childhood sexual abuse (CSA) and non-recovering biological damage to the brain. We were able to see these “wounds” persist into adulthood. In our study, we observed the beneficial effect of HBOT in healing those brain wounds, which were a result of early childhood trauma”

Prof. Lev-Wiesel: “I have been working with patients who suffer from the long-term consequences of childhood sexual abuse for over 40 years. Unfortunately, throughout those many years, we hit a ceiling in terms of the improvement our patients could make following CSA. No matter how much we invested in additional therapy modalities, there was a limit to our patients’ improvement. Now we understand that this is due to a biological limitation. CSA can cause biological brain damage that no psychological intervention can overcome. This means that for biological non-recovering brain wounds there is a need for biological intervention. This is where HBOT comes into play. In our study, we see the potential to help women suffering from the effects of trauma as a result of CSA more than ever before. It is likely that a joint approach combining HBOT and psychological care can significantly improve these women’s quality of life following their early life trauma.

In this article, we will explore this link and offer new hope for women with fibromyalgia as a result of CSA.

Hyperbaric Oxygen Therapy (HBOT) involved the administration of pure oxygen within a pressurized environment, which raises the oxygen percentage in the blood and tissues up to 20 times its usual rates. The process of raising and lowering oxygen levels in the body triggers the body’s regenerative mechanisms, which lead to the healing of tissue.

Until recently, HBOT had been used to facilitate the healing and rejuvenation process of physical injuries throughout the body that haven’t healed properly such as serious infections, bubbles of air in blood vessels and wounds that haven’t healed as a result of diabetes or radiation injury. These are among the FDA approved treatments for HBOT today. However, in recent years, HBOT has been shown in several clinical studies to treat and heal brain wounds, restoring both cognitive and physical capabilities to patients. This discovery has led expanded uses of HBOT, for example, treating people with chronic post-concussion syndrome due to traumatic brain injury, post-stroke patients and anoxic brain injury. With HBOT’s ability to heal neurological disorders, patients suffering from the most common type of central sensitization syndrome, Fibromyalgia, have become a new category of candidates for the treatment.

Medicine today attributes fibromyalgia to a problem in how the brain processes pain signals, making the syndrome an example of a brain injury that has potential to be improved through HBOT. In a 2015 study, HBOT was used to rectify the abnormal brain function underlying the symptoms of female fibromyalgia patients. The study provided evidence that HBOT can improve the symptoms and quality of life of fibromyalgia patients, improving pain threshold, fatigue, distress and quality of life. Of the patients, 70% had such a dramatic improvement in their symptoms that they clinically no longer met the criteria of Fibromyalgia.

Used to treat the underlying pathology linked to the disease, the last published study revealed more than just a treatment for fibromyalgia. The study found that fibromyalgia may be a consequence of post-traumatic physical and psychological distress associated with childhood sexual abuse. Meaning, sever emotional stress may culminate in long standing brain injury damaging the brain’s ability to process the signals coming from the body. The study was triggered by observation in our previous study that found that during HBOT, repressed memories of the past abuse were recovered. Though this was not the case for all patients in the previous study, there was a large enough subset of patients with this experience that we decided to embark on a separate study for female patients with fibromyalgia who had experienced CSA.

In our further research on the effects of HBOT on female fibromyalgia patients with a history of childhood sexual abuse, we used novel brain imaging technologies to identify injured areas of the brain caused by traumatic abuse. The study showed that symptoms associated with emotional processing and environmental communication are connected biologically, causing wounds in the brain and explaining unremitting long-term physical and psychological disorders like fibromyalgia.

As we found in previous clinical studies researching the impact of HBOT on brain injury, we found that this treatment induces neuroplasticity in fibromyalgia patients as well, causing rejuvenation and healing of abnormalities in the brain regions responsible for the chronic pain sensation. Patients reported significant improvements to their related clinical symptoms. The results of this study demonstrated a reversal of the brain abnormality caused by the trauma along with relief of the fibromyalgia symptoms. Furthermore, other symptoms of distress such as depression, anxiety and somatization decreased concurrently. We therefore concluded that HBOT can lead to a state of recovery for these patients.

Our study suggests that survivors of childhood sexual abuse who develop fibromyalgia may be effectively treated with HBOT combined with psychotherapy to recover both biological and psychological function. For sufferers, this offers a potential lifeline for healing of both the physical effects of fibromyalgia as well as the psychological pain due to childhood abuse. Giving new hope to survivors of sexual abuse, and potentially survivors of other traumatic events, time and further research can potentially lead to a new hope for trauma survivors.

Dr. Shai Efrati is a professor at both the Sackler School of Medicine and the Sagol School of Neuroscience of Tel Aviv University. He serves as the Director of the Sagol Center for Hyperbaric Medicine and Research at Shamir (Assaf-Harofeh) Medical Center in Israel, affiliate of Tel Aviv University, which has become one of the largest hyperbaric centers worldwide. Under Dr. Efrati’s direction, a research program focusing on the neuroplasticity (regeneration of damage brain tissue) by the use of Hyperbaric Oxygen Therapy (HBOT) has been initiated, leading to fruitful ongoing cooperation including a multidisciplinary team focusing on the regenerative effects of hyperbaric oxygen in age-related functional decline and Alzheimer’s disease.

Prof. Rachel Lev- Wiesel is a professor and head of the Emili Sagol Research Center for Creative Arts Therapies, and the Sagol Laboratory for Children at Risk at the University of Haifa. She is also Co-director of the FAA – Emili Sagol Creative Arts Research and Innovation for Well-being Center at Chulalongkorn University (CARIW), Bangkok, Thailand. She is considered one of the world experts in child abuse, child sexual abuse and analysis of drawings for assessment and therapeutic purposes. Under prof Lev-Wiesel leadership, numerous assessment tools and innovative therapeutic techniques were developed and validated, combining physiological and psychological measures.