Are Fat Burners Legit or Scam? 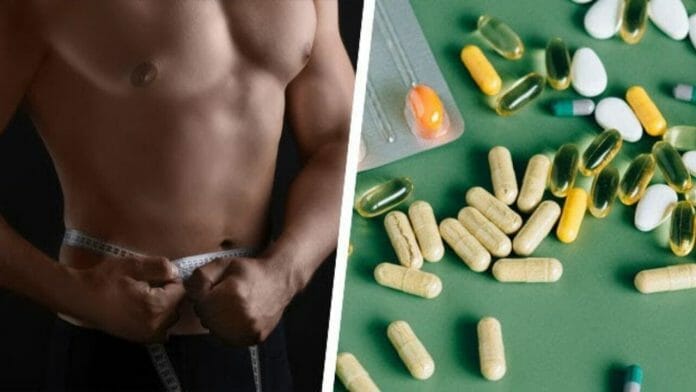 It is highly important to find out whether the products promoted through push marketing are actually worth the hard-earned money of an individual or not: especially, the products that are promoted in such a way that they target the sentiments of a certain population: people, who are overweight and/or obese, are pushed into self-worth issues by means of dirty marketing.

The reality of fat-burners, the mention of which commonly comes up during the talks about losing weight, will be discussed. Markets, globally, are filled with products that promise instant fat loss. The reality of such products is not always surprising. However, the question persists whether all the fat burners are fake or some are worth a buy.

What are Fat Burners?

Simply, fat burners are all those pills and syrups whose marketed use is, presented to be, helping people lose weight. These fat burners can enable weight loss in their consumers by making their metabolism more rapid: which is one way of losing weight. Some fat burners employ a different route, and they work by suppressing consumers’ appetites. The actual effect of various kinds of fat burners varies from person to person. However, some generalizability is attained.

What Exactly are Fat Burners Made of?

As mentioned above, there are various kinds of fat burners, with each having a unique purpose and sometimes multiple purposes. Similarly, the various kinds of fat burners contain various types of ingredients: the most common ingredient in the fat burners that are aimed at reducing fat by making metabolism rapid contain synephrine, which, upon consumption, causes an increment in hormones like adrenaline and dopamine.

The fat burners, which are marketed to be appetite reducers, contain various ingredients; one of them is raspberry ketones: this is directly extracted from the raspberry fruit and is considered to have multiple benefits for people wanting to lose weight, and one of those benefits is the reduction of appetite. Another commonly found ingredient in appetite-suppressing fat-burners is Garcinia Cambogia.

There are fair reasons to believe that, in theory, the ingredients that are used to make fat-burners will enable a person to lose fat and weight. However, the contentions that persist against the fat-burners are the lack of scientific backing for them. Firstly, the majority of the fat-burners are not approved by the FDA: this should, alone, enable people in the US to remove any faith they have in the non-approved brands and kinds of fat-burners.

Secondly, the trustworthiness and reputation that FDA has acquired globally must also be enough for most people, out of the US, to believe that most of the fat-burners are nothing but fraudulent schemes of earning money by playing with the sentiments of people: despite the non-approval status of most of these pills, the industry of fat burners is globally valued at $140 billion in the year 2020, and in the US alone a total expenditure of more than $2 billion annually, on fat-burners by the people, was recorded. Also, business experts project this industry to grow at a very steady rate in the forthcoming years.

However, regardless of the giant spending done around the world on fat loss pills, there is little to no evidence to suggest the success of these products; even those pills that have the approval of FDA are only complementary in nature to the fitness regime that a person follows and, on their own, such pills are not reported to have any significant effect on weight.

The Truth Behind Herbal Fat Burners

An easy way to escape approval and sale authorization is to register a drug as an herbal product. The word herbal might promote a feeling of unscientific environment in people’s perception: however, when the word “Herbal” is attached with words like “easy weight loss,” then they can cause a person suffering from issues like obesity or excess weight to become persuaded to try the herbal variants of fat-burners.

Herbal products are allowed to be sold over the counter, without FDA approval, increasing the accessibility of herbal fat-burners. Thus, leading to a booming herbal fat-burners industry. But according to a research that studied herbal weight-loss pills, there is no evidence to support that any of these herbal products has a negative impact on people’s weight.

Another problem, which stems from people’s perception, is that people consider herbal products safe for consumption and free from any side effects: this is not true, however. Herbal fat-burners carry side effects, which can turn out to be severe for some people, like increased heart rate, changes in blood pressure, and increased possibility of getting strokes. The lack of awareness on people’s part is a direct contributor to the boom of this industry.

Like, herbal products, dietary supplements are also not required by law to have an FDA approval before they hit the shelves for sale, over the counter. Hence, these kinds of pills also escape official scrutinization. The result of which is that any manufacturer of dietary supplement pills can label them with any unverified claim and sell them in the market.

People’s perception again comes into play in the case of the dietary supplement weight loss pills: the word “dietary supplement” is often considered by people to be a product that is suitable for consumption by everyone. However, this is not the case: not all dietary supplements are products that all members of the population can consume.

As per a study, most of the ingredients of dietary supplement fat-burners failed to generate any promising results for people looking to lose excess weight, and a few ingredients that did demonstrate a little success were also not tested enough times to attain high statistical reliability to conclude in favor of these pills. Hence, the stance persists that dietary fat-burner pills, like herbal fat-burners, do not have any known significant negative impact on people’s weight.

Reasons for Growth of the Fat Burner Industry

Opportunists, with capital, have found an amazing way to make money by diverting their investments to the manufacturing of products whose marketed use is not achieved. The success of such products is solely dependent on the superior marketing strategies employed to sell these products: the visuals shown on TVCs, the captions used on print ads, the claims imprinted on product packages contribute to the huge success of such useless products.

Lastly, not enough is being done by the governments to raise mass awareness among people by running prolonged campaigns: aimed to deter people from consuming non-approved weight loss products. Presently, only free activists and NGOs have raised voices against these products.

The loopholes in the legislation and extra-ordinary marketing tactics all jointly enable fat-burners to sustain their footing in the market and experience exponential growth; intelligent legislation around the world will break the industry’s growth trend for such false products. The best way is to begin by revoking the ease that the manufacturers of herbal and dietary-supplement products receive. As a result, the misleading products will, to a great extent, lose their official presence on the market. From there, it is the responsibility of the state to go after people carrying out underground sales of harmful and useless fat-burners.