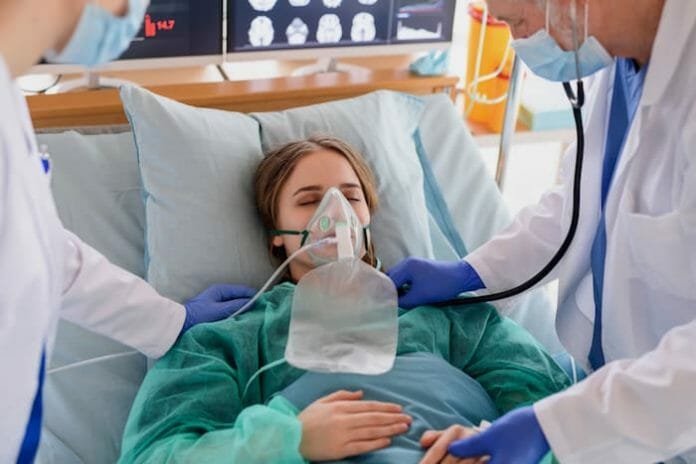 There is no doubt American health care will never be the same after the COVID-19 pandemic. It has laid bare nearly every weakness in health care, but particularly exposed an urgent need to improve clinical data interoperability. Our industry’s inability to track patients effectively and share their most recent medical records between health care providers put us at a disadvantage for managing the pandemic and hindered our ability to treat patients effectively. As we look for a path forward from such a tragic event that has claimed so many lives, we should consider the ways this experience will improve health care in the future.

Prior to arriving at Bridge Connector, I spent over 20 years working in financial services, and that industry endured a scenario somewhat comparable to the COVID-19 pandemic. It was a catastrophic event that completely altered the course of the industry – Black Monday. After the Dow Jones Industrial Average plummeted a record 22 percent on October 19, 1987, it forced the industry to reevaluate itself. It eventually led to the implementation of preventative measures with data access serving as a key component to that plan. Coming out of the pandemic, health care should look to that event and our response to it for inspiration as we evolve.

In 1987, Wall Street primarily shared and consumed its data via two methods: paper and telephone. The latest market news and numbers could be found in that day’s edition of the Wall Street Journal or in one of a financial firm’s daily printed trade publications and subscriptions. Those looking to buy or sell stocks or municipal bonds could pick up the phone to make a transaction. No answer? Try calling back later. The inefficient way we shared financial data at the time appeared even more antiquated against the backdrop of the computer revolution. Apple launched the Macintosh computer in 1984 and by the early 1990s, companies such as IBM and Dell contributed to making the personal computer ubiquitous.

The most influential technology of the time came from Bloomberg, particularly when they launched the color edition of the Bloomberg Terminal in 1991. I spent five years at Bloomberg growing global trading software in the early 2000s and developed a first-hand appreciation for the influence of the terminal. Bloomberg released the first edition of its software system in 1982 and it provided firms with all the financial data found in the newspapers, except in real-time on a computer monitor. The 1991 color edition truly revolutionized the industry with an instant messenger called Bloomberg Messenger – a completely novel concept at the time that came years before cell phones could text or the advent of public instant messengers like AOL. Data became exponentially more accessible and communication between firms had never been so easy, contributing to a strong and sustained bull market after the crash.

While health care slowly caught up to the computer revolution with the adoption of electronic health records in the 2000s, data sharing continues to inhibit provider ability to treat patients. For example, our industry notoriously continues to employ archaic fax machines to send and receive patient data. Thirty-plus years after Black Monday, the financial services industry has adapted to the technology of the day and completely embraced data sharing in the form of open APIs and open-source technology, placing it far ahead of health care in that regard. Those adaptations led to the rise of middleware companies, such as Plaid, that support the development of widely used consumer finance applications like Venmo and Robinhood. Those apps exist because Plaid enables data sharing between mobile apps and banks.

The interoperability rules that HHS announced in March offered an encouraging step toward a more integrated health care system that enhances the value of patient care, but it will take years before health care develops patient-facing mobile apps that grant access to medical information and allow patients to share it easily with providers. Data integrations between disparate health data systems do exist today and are becoming more widespread in the industry, but we are still striving to unite the myriad stakeholders and achieve interoperability. That includes the health technology companies, providers from major health systems to specialty clinics, insurance companies and the patients themselves.

In the immediate aftermath of Black Monday, the financial world had to first get back on its feet, just as hospitals and other health care providers have started to resume elective procedures and other non-emergent medical care in the wake of the initial surge from the COVID-19 pandemic. But in the scheme of history, the market crash that day was an inflection point that ultimately changed the industry for the better. It created a sense of urgency around improving efficiency and expedited technological adoptions that disrupted the industry. Here’s hoping health care will similarly benefit from the struggle we’ve faced during the pandemic, leaning on technology to make the industry stronger moving forward.