What career or path we should ply, is always a question we pose to ourselves. Many people choose a path only to discover later in life that, that chosen profession is no longer as satisfying or as fulfilling as they once thought it was. And this could as a result of so many factors ranging from new interest, thirst for adventure, monotonic routine, lessened job gratification, to job insecurity, lack of future job prospects, potential replacement of jobs by artificial intelligence, and development in technology.

Speaking of jobs that are being replaced due to development in technology—-there are some jobs that are however not going to be substituted any time soon because of the nature of such jobs that goes just beyond tangible services but also involves the intangible aspects of the services being offered—and one of such jobs is the “Nursing profession” which involves treating humans with both medication and empathy. Emphasis on “empathy”.

And there is no better platform for acquiring this nursing knowledge than at JCU Online, which not only makes it cheaper but very much flexible especially if you already have a job and you are looking to switch careers.

Why nursing? Read on to find out why nursing is such a viable, promising and rewarding career.

Unlike so many careers out there whereby you have to attend college and even in some cases go for another exam after college before you can actually practice, nursing has a spread-out system of entry in which depending on your country or state law, can usually be started from the lowest level. For example, in the US you can start from the lowest level of a certified nurse assistant (CNA) and continue upgrading as you work your way up the work hierarchy. And the beauty of this is that you can start earning immediately you become a nurse assistant, after which you can then start to further your education and improve your professional resume.

It is no secret that the health industry is a rewarding one in terms of financial payments, and nursing is no exception. Now apart from the fact that this field is a very lucrative one, there is also the emotional satisfaction and fulfilment that comes with helping a patient to recover from a very stressful or tragic incident. In fact going by the findings of a survey carried out by the parent company of nursechoice called amn healthcare which indicated that 60% of the 3,300 nurses that were interviewed were satisfied with their jobs, while 83% reported being completely happy with their chosen careers. There is no doubt that the job of a nurse is a very stressful one especially when they have to work overtime in cases of emergency, it very much worth it at the end of the day.

Some people are known to function properly with a routine or consistent system, but if you are the type that likes the variety of timing, then nursing might be for you, as it doesn’t have the rigidity of a 9 to 5 job but rather every week or month a new schedule is being printed with different shifts, someday and some nights. If you have schooling during the day, you can even discuss with the management or the person in charge of making the work shifts to place you on a permanent night pending the time you are going to finish running your program. With the advent of the digital media space, it is even now easier and very comfortable to just sit at home and take your lectures without having to visit the four walls of a traditional institution.

It is quite alarming that 75% of Americans are in one form of debt or another, mostly students debts which can pile up pretty easily and takes years to get cleared off. Going by a publication on “CNBC” that states that the average American owes about $38,000 in personal debt, and that is excluding home mortgages. It is obvious that student loans, car loans, medical loans are part of all that constitutes these debts, but student loan alone makes up a huge part of that debt, which some people are never able to pay even several years after they are through with college. But with nursing, as we highlighted earlier one can go for the most basic certification (CNA) after which you start earning immediately, and gradually start paying your way through nursing courses and eventually college. Plus coupled with the online education which is now cheaper and flexible, studying nursing is now way cheaper and with very little or no debt at all.

The alarming rate at which the population is getting old only goes to show that in the near future there will be more elderly persons with illnesses associated with old age and very few people to cater for them. What this invariably insinuates is that there will be a lot of jobs available for nurses than there will be people to actually fill those roles. And we all know the economic law of demand and supply that states that; “the higher the demand for a product or service, the higher the price.”  This only goes to show that not only will there be an increase in job availability but also the salary will be positively off the charts.

In conclusion, many folks mistake job satisfaction as fulfillment, they are both intricately different in meaning. Job satisfaction is more like contentment. It is when what you are doing is okay for now. It might not be the best, but you are averagely comfortable to a great extent, while fulfillment, on the other hand, is one in which a person has a deeper breathtaking joy that transcends beyond what words can quantify or express. It is a feeling of both satisfaction, joy and a deep sense of meaning as regards what your chosen profession. It is that look in the eye of a  patient thanking you for saving his or her life, which if you had intervened a minute later, might have cost the person their life. 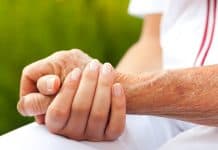 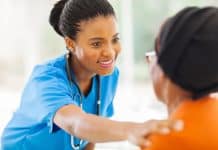 Nurse Practitioners: The New Frontline for ADHD Diagnosis and Care