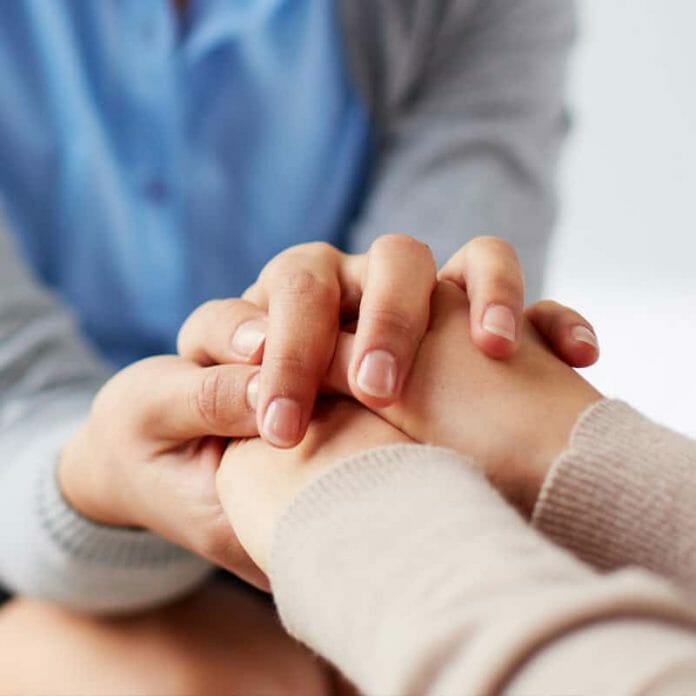 Approximately one-third of patients with depression don’t find relief with antidepressants. TMS is an alternative treatment option that is proven to reduce and eliminate depressive symptoms, even when antidepressants don’t.

TMS is FDA-approved and clinically proven to relieve depressive symptoms in patients diagnosed with major depressive disorder (MDD) and multiple studies show that it is safe and effective in patients with treatment-resistant depression. (1,2,3,4)

A comparison of the results from two landmark studies, the STAR*D study and the Carpenter study, shows that patients with treatment-resistant depression are more likely to find relief from depressive symptoms with TMS compared to trying another antidepressant.

The goal of the STAR*D study was to understand how effective antidepressants are in completely relieving depressive symptoms (achieving remission). To accomplish this, researchers enrolled more than 4,000 patients across the US between the ages of 18 and 75 who had been diagnosed with major depressive disorder (MDD). Patients followed a four-step treatment protocol developed by the researchers:

Level 1—Remission rate 33%: All patients were treated with Citalopram (an SSRI antidepressant).

Level 4—Remission rate 7-14%: All patients who did not achieve remission after level 3 treatment ceased their current treatment and were randomly assigned a different medication (Tranylcypromine or Mirtazapine plus venlafaxine extended-release).

Patients spent 14 weeks at each treatment level, taking the maximum tolerated dose. Once a patient had reached remission, they continued with their current treatment and were followed for up to one year. This study shows that at tier-3 and tier-4 levels of treatment (after trying two or more different antidepressant medications, the probability of achieving remission significantly decreases. (5)

The goal of the Carpenter study was to evaluate the efficacy of TMS therapy for patients who have been diagnosed with treatment-resistant depression. Study participants included 307 adult patients diagnosed with major depressive disorder (MDD) who had tried an average of 2.5 antidepressants without satisfactory improvement of depressive symptoms. All patients were treated with TMS in clinics across the US for six weeks. At the end of six weeks, the clinician-reported remission rate was 37.1%. Patient-reported remission ranged from 26.5% to 28.7% and up to 56.4% of patients reported an improvement in depressive symptoms. (2)

During a TMS treatment session, patients sit comfortably in a reclined chair and a magnetic coil is carefully placed over the scalp. The magnetic coil painlessly administers repetitive magnetic pulses that create an electrical response in the brain. This electrical response stimulates neurons that are thought to be underactive and prompts them to release more neurotransmitters (chemicals that facilitate communication between neurons). (6)

After a TMS session, neurons enter into a state of rearranging or reorganization, which allows for the development of new neuron pathways. The brain functions through neural networks that communicate with neurons in other brain regions as well as with cells throughout the body. The brain can form new pathways based on our behaviors, habits, and thoughts. (7,8) Research shows that not only are neurons capable of “reorganizing” after a TMS session, but they show a preference for these new pathways, even hours after a TMS session. (9,10)

TMS Can Be Used as an Augmentative Therapy With Certain Antidepressants

In some cases, TMS may be used in conjunction with an antidepressant as an augmentative therapy. An analysis of several random clinical trials shows that TMS increases the effects of certain antidepressants in patients diagnosed with treatment-resistant depression. (13)

TMS may be used as an augmentative treatment when patients experience antidepressant treatment (ADT) tachyphylaxis or “breakthrough” depression. This occurs when patients initially find relief of depressive symptoms with antidepressants, but eventually stop seeing results. Additionally, sometimes patients can feel anxious about leaving their antidepressant during TMS treatment, even if it’s not working or if it has stopped working.

If you’re interested in learning more about TMS therapy, NYC is home to a number of psychiatrists who offer this treatment option. If you’re currently working with a psychologist or a psychiatrist, ask your doctor if TMS therapy may be right for you.

How To Handle Some Facing An Alcoholism Problem: 7 Do’s And Don’ts

A Guide to Digital Health Solutions