Are you a fan of pickleball? Have you heard a lot of people talking about this sport, and have you been left wondering what it is and why it’s so popular? If you want to know why people love pickleball, you can find a few of the things that make this sport play below.

It’s a Fun way to get exercise

If you need more exercise, picking up pickleball is a fantastic idea! There are plenty of people that use this sport to stay fit. If you play pickleball regularly, you’ll start to see a difference in your fitness levels.

It can help you improve your balance

You won’t just burn calories while you’re playing pickleball. You’ll also be able to become more balanced and more agile. You may also notice a difference in your posture.

A lack of balance can lead to injury, especially in seniors. Playing pickleball can keep you steady, and it can improve your reaction times. You’ll feel like a better version of yourself once you start playing. 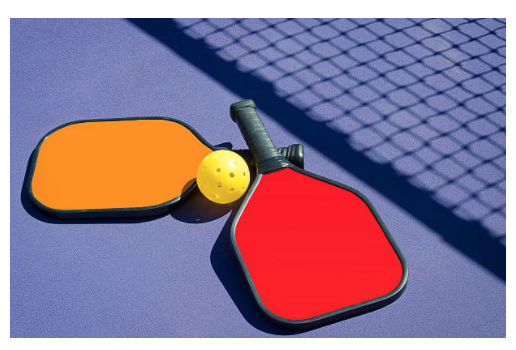 Playing pickleball can put you in a great mood

It’s likely that you’ll feel an instant improvement in your mood once you start playing pickleball. Pickleball isn’t stressful; it can actually be relaxing to play, Since you’ll be exercising, your body will be producing endorphins, which naturally elevate the mood.

If you have a lot of stress in your life, you need an effective way to get stress relief. Pickleball can be a wonderful way for you to do exactly that. You might be in a bad mood when you start playing pickleball, but it’s likely you’ll be smiling by the time you stop.

Many sports have a steep learning curve. Because of this, many people never bother to learn the sport. Pickleball is incredibly friendly to new players. It’s also easy for people to pick up the basics again if they’ve stopped playing for a while.

Since pickleball is so simple, there are no barriers in the way to keep people from playing. People often invite their friends to join in on a game with them. This has caused the popularity of pickleball to steadily grow. It’s likely that even more people will get into the sport as time goes on! Get your pickleball paddle set and you are good to go.

It can be enjoyed by people of all Ages

Another reason that pickleball appeals to such a wide swatch of people is the almost anyone can enjoy it. There are plenty of children that like to play pickleball, but it can be played by adults as well, and even seniors! Because this is a low impact sport, it won’t put strain on the muscles or joints.

When a sport can only be played by a limited group, it’s hard for that sport to catch on the way that pickleball has. Many seniors love to play pickleball so that they can get moving and exercise without putting their health at risk.

You don’t need to pick up a lot of costly gear to start playing pickleball. All you’ll really need are a few inexpensive items. While you can pick up more gear if you want to use it, you can get everything you need without spending a lot.

There’s no significant cost barrier to pickleball. In fact, a lot of people simply borrow gear from their friends when they first start playing. Since people don’t have to spend money to check it out, there are plenty of people that have been willing to give pickleball a try.

It can be played with just two people

You don’t need a large group of people to play pickleball. Typically, pickleball is played in singles and doubles format. To play singles, you need two people, and to play doubles, you need four.

There’s no need to get a large group of people together if you want to enjoy a game of pickleball. You just need to talk one person into playing the game with you. People can’t always make time for sports that require teams, but it’s easy to play a game with one other person.

If you need more socialization in your life, you’ll find that pickleball can be a wonderful way to catch up with friends. You can chat with each other while you play the game. Since this is a low impact sport, you’ll still be able to get in some conversation.

With pickleball, you can get some exercise, get rid of your stress, and have fun with friends at the same time. If your schedule is packed, and you simply don’t have time for everything that you want to do, you might find that pickleball is a way for you to do a lot of things at once.

Once you take a closer look at pickleball, it will be easy for you to understand why this sport has so many devoted fans. While pickleball may not have the long history of sports like baseball, it’s been growing in popularity for some time now, and it’s likely that it’s popularity will keep on rising.

5 Yoga Poses and Their Benefits