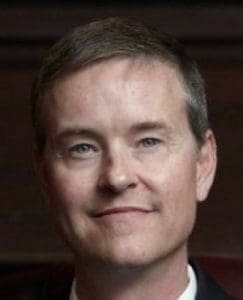 Ever heard of CECD? Most people haven’t. It stands for Clinical Endocannabinoid Deficiency, and it’s more important to healthcare than people realize.

CECD is a dysfunction of the human endocannabinoid system (ECS). The ECS is composed of two endocannabinoid receptors, Cannabinoid #1 (CB1) and Cannabinoid #2 (CB2), which also interact with a substance known as cannabidiol (CBD). Located throughout the body, CB1 receptors are concentrated in the brain and central nervous system, while CB2 receptors are more heavily associated with the organs and immune system.

Given the role that the ECS plays in neurogenesis, it’s easy to see how the endocannabinoid receptors can be used to impact psychosomatic issues caused by CECD. Psychosomatic problems are those in which mental issues are manifested as physical symptoms. One example of this is hypochondria, or illness anxiety disorder, which can be described as a chronic fear of being seriously unwell. In such cases, the anxiety is the real illness, with any physical symptoms being posterior to the ones in the mind.

This may sound technical, but the bottom line is that our ECS is critical to our physical and emotional well-being. For far too long, CECD has been unknown by traditional medicine. It’s only now that the proven science behind CECD is driving awareness among the US population.

The theory of CECD was first proposed by Ethan B. Russo in 2001 and thoroughly expounded in his landmark article entitled, “Clinical Endocannabinoid Deficiency (CECD): Can This Concept Explain Therapeutic Benefits in Migraine, Fibromyalgia, Irritable Bowel Syndrome and Other Treatment-Resistant Conditions?” In it, the former Senior Medical Advisor at GW Pharmaceuticals argues that the medical community’s “biochemical understanding and therapeutic vigor fall short of the mark” in terms of diagnosing and treating psychosomatic issues.

In 2016, Russo reopened his previous study with a second paper titled, “Clinical Endocannabinoid Deficiency Reconsidered: Current Research Supports the Theory in Migraine, Fibromyalgia, Irritable Bowel, and Other Treatment-Resistant Syndromes.” The fourteen intervening years were enough to confirm that CECD not only caused a plethora of psychosomatic issues but could also be used to treat or cure a long list of other health concerns, both mental and/or physical. These include ALS, anorexia, arthritis, cancer, epilepsy, glaucoma, neuropathy, and Tourette’s. All report improvements when treated with cannabinoids, which, like endocannabinoid molecules, bind to and activate the CB1 and CB2 receptors.

Given that psychosomatic symptoms include interrelated mind-and-body issues, they appear to be closely related to the current health and wellness trends, which view health as an integrated whole, with overlapping mental, emotional, and physical dimensions. As this medical view has gained traction, society has started to implement new social and medical strategies in areas such as employment and health. One such innovation is the discovery that cannabis can be used like any other prescription medication to replace or supplement CB1 and CB2 – preventing, treating, or reversing the ill effects of CECD.

When addressing innovations in science and medicine, it’s important to realize that many advances that we now take for granted were once considered suspect. Amazingly, Ignaz Semmelweis (1818–1865) was forcibly admitted to a mental institution after suggesting that physicians should wash their hands between autopsies and obstetrics operations. The discovery of penicillin by Alexander Fleming (1881–1955) was initially ignored, despite the role that the antibiotic would play in treating bacterial infections. Bennet Omalu (1968–) was publicly denigrated via the NFL when he published his findings on chronic traumatic encephalopathy, or traumatic brain injury (TBI), which has led to the early demise of more than one pro-footballer. Barry Marshall (1951–) once tossed back an entire Petri dish of harmful bacteria to disprove his opponents’ theories that peptic ulcers are caused by acid, stress, or spicy foods.

The modern patient shouldn’t have to resort to similarly drastic measures to improve their health. Like the situation with Omalu and the NFL, the pharmaceutical industry is in the business of prescribing potentially dangerous substances to treat everything from cancer to common colds. The good news is that medical cannabis can effectively treat a wide variety of illnesses and diseases without the negative side effects associated with single-molecule drugs. This makes cannabis safer and more effective than most prescription medications, which typically employ a single-indication approach and are followed by a long disclaimer that usually ends with the word “death.” The first step is understanding CECD and how the burgeoning cannabis industry can be the key to unlocking better health and well-being. The implications for the pharmaceutical industry are enormous – a seismic shift in how we understand and treat illness.

How to Take Care of Curly Hair?

What You Need to Know About Delta-9 THC