Ancient Egypt, around 5000 B.C: If you’re donning the lipstick, it’s a sure sign you’re up for oral. True story. Makeup was used in much the same way as it is today, but often carried more meaning, spiritually and socially for most people living at the time (who had access to make up that is). Modern research suggests that oral is still not the go-to sexual act, with most women reporting the need for additional stimulation to achieve climax, even after intercourse.

In the modern age, we take it for granted somewhat, that everything sexual, adventurous or slightly to the left is somehow modern or even unique. As if our own epoch is the only one to experience the cultural revolutions and circumscriptions of change, development and fad. It’s kind of as if we were the ones to invent ‘doing it’ in whatever way you might like to consider that appropriate to your own understanding. Fact is, folks have been ‘doing it’ in far more ways than even we 21st century adventurer’s might even like to consider, let alone admit, and all without plastic, silicone or battery power! But one thing really sticks out in contemporary society, and has done for a long time, let’s see:

Most partnered couples, even individuals actually still think oral sex is gross, taboo, or just plain icky, with most who say no, often citing all three in the same sentence.

Now, without even referring to the stats, around half the people reading that will boo and hiss, decrying it as a load of hooey, while around half again will be silently nodding the affirmative, with a fraction less simply shrugging their shoulders indifferently. Simple fact is, the majority of any gender is getting off on their own, but not receiving the pleasure they want or need to achieve climax from their partner, and it certainly isn’t oral either.

The numbers are in, and a sexual research team at Indiana University surveyed a national, representative sample of 5865 subjects with ages ranging from 14 to 94. They published some of their initial findings in The Journal of Sexual Medicine.

The biggest takeaway was this:

People like to brag. The majority of men in all ages admitted to giving oral pleasure to women, but the women’s answers when questioned on receiving (said) pleasure simply wasn’t there… because they never got it. Conversely, a majority of women from all age groups, namely 18-49 years, confessed to performing oral sex on men.

If your man is going downtown and giving you a rainbow sandwich every time, power to ya! Sad fact is; most guys aren’t and yet they’re acting like they do. An even smaller percentage of men in all age groups (averaging around 7%) said they performed oral on a same sex partner, so the ladies aren’t the only ones missing out, statistically anyway.

Find a solution, don’t focus on the problem:

As observed, if there’s no problem with your life in that department, and you have an all you can eat arrangement with your significant other, glow inwardly, and maybe light a candle for those less fortunate. For the rest of us, err… I mean, for all those other unsatisfied souls out there, it’s always better to focus on solutions rather than problems when the diner light stops flashing, and it feels like there’s a condemned order nailed to the door. It’s their loss really, not yours. And there’s plenty you can do about it…

Many women are not sexually fulfilled which is what makes them look for slim dildos. If you’re okay with how things are down there, and you don’t mind the service you get from your partner, followed by Mr. Happy to hear the bell ring and win a prize, then awesome. But some gals literally crave oral. Good oral, not the “this is just like an ice-cream cone so I’ll treat it like one” or “I saw it like this, so maybe it’s close enough?” style. No. Most women respond very well, to good oral stimulation. It’s nice, and it helps us get to our happy place in a different way, and when done right, we feel special as well.

If you’re craving good, even halfway decent oral, and every other guy out there is bragging he’s the got it licked, when he hasn’t even taken the wrapper off, then what’s the harm in upping your solo game to include a little tongue thrashing now and then? I’m glad I did, and now when Friday night rolls ‘round, I like to set tongues wagging, and in my favor. 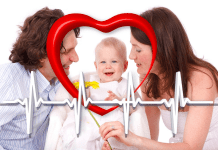 Why Do You Need Primary Care Physicians In 2022?

A Guide to Cutting Sugar