The law considers medical malpractice claims to involve a number of factors, including whether or not there was a failure to provide the proper standard of care with an injury resulting from that negligence that caused significant harm. Significant harm refers to suffering from constant pain, disability, significant loss of income and enduring hardship.

Those that feel they’ve been a victim of this type of circumstance should contact a medical malpractice lawyer. After an experienced, reputable attorney is secured, the case is generally taken through the following steps.

The first step involves an investigation of the claim, with the attorney researching the issue at hand, contacting the facilities, doctors and other healthcare providers whose care was either indirectly or directly related to the alleged malpractice to obtain the medical records. All related medical literature and records are thoroughly reviewed to determine whether negligence was involved, when the medical care was provided, and if so, what injury resulted directly from that negligent care.

If the decision is made to pursue the case, further arrangements are made for an expert in the field of medicine to review the medical records. If the expert feels the case has merit, the case is moved to the next step.

A Lawsuit is Filed

A lawsuit is prepared once the expert has reviewed the case and feels it should be pursued. Copies of the papers are served on the defendants. Their attorneys will then file Responsive Pleadings referred to as “Grounds of Defense.”

The Pretrial Discovery is made up of a written discovery and depositions of the parties, lay witnesses and expert witnesses. This step allows the attorneys on both sides to find out as much about their opponent’s case. There are written questions called interrogatories, requests for documents and admissions. Both parties typically undergo depositions in which they’re questioned, under oath, by the opposing party’s attorney. The questioning of the healthcare provider/defendant will figure prominently in whether the case is settled or goes to trial.

The majority of medical malpractice cases never go to trial. Those that do most often result in a verdict for the defense as insurance companies tend to settle cases they feel they’re likely to lose. Even when a case goes to trial, some negotiations are likely to have taken place beforehand.

If the defense doesn’t make a fair offer, the case will be set for trial, calling experts in to testify either by deposition or in person. There will be many hours spent preparing opening statements and exhibits, visual aids and questions for the witnesses along with closing arguments. There are conferences held before the trial so that everyone involved, including both parties, experts and witnesses will know what to expect.

When Do You Need the Services of a Probate Attorney? 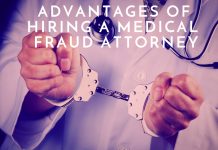 15 HIPAA Violation Examples You Should Know