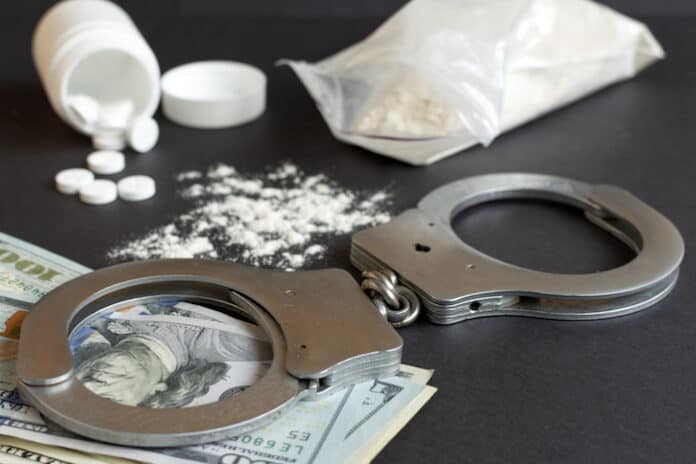 Health officials estimate that more than 67,000 Americans died from drug overdoses in 2018. This is a decrease from the previous year when estimates exceeded 70,000.

Unfortunately, the general trend is not so positive. Overdose death rates have skyrocketed since the late 1990s.

It’s hard to say for sure the reasons behind this, and politicians are still arguing over how best to deal with it. Only time will tell what the result is.

Some drugs are more dangerous than others, and illegal drugs are usually some of the worst. Which ones do we have to worry about the most, though? Read on to find out.

A Question of Legality

It’s important to establish what we’re referring to with the phrase ‘illegal drugs.’ All drugs are illegal to a certain extent. Cigarettes are legal, but you can’t smoke in certain places because it would disturb others.

Alcohol is legal, but driving or being in public while intoxicated can get you arrested. The United States is currently battling an opioid crisis.

Prescription painkillers and certain other addictive substances are legal with a doctor’s permission. However, some people sell them as a recreational drug. Possession of these substances without a prescription is a crime, which means that you’ll need a good drug possession lawyer to save yourself from conviction.

What’s counts as illegal, though? The definition used in this article will be ‘any substance for which recreational use is illegal.’ This eliminates alcohol and tobacco, which you can use recreationally unless you disturb or endanger somebody else.

Fentanyl is a type of prescription painkiller that has sold on the streets like hotcakes over the past several years. It has also filled emergency rooms and morgues at a tragically high rate.

Overdoses of synthetic opioids, excluding methadone, killed over 30,000 people in 2018. That’s just under half of all overdose deaths in the country that same year. The following year, officials confirmed that half of that year’s opioid-related deaths involved Fentanyl.

Doctors did catch on to the dangers of Fentanyl and it’s popularity as a recreational drug. To cut down on hospitalizations and deaths caused by Fentanyl, doctors grew more reluctant to prescribe it outside of a controlled environment, like the hospital.

Unfortunately, many drug dealers had, by then, figured out how to make Fentanyl themselves. This cut out the doctors and made the drug easier to distribute. Making matters worse, Fentanyl is often laced with other substances, which makes it even more dangerous.

You may have heard of a drug known as K2. Scientists created K2 while doing research on AIDS, cancer, and other serious conditions.

The man credited with creating K2, Dr. John Huffman, is horrified at what it has become. The substance was the result of an experiment and was never meant for any other purposes.

Somehow, the creation made its way to the public, where dealers marketed it as a legal alternative to marijuana. Its legal status would make it far easier to sell, and it’s enhanced effects would make it more addictive.

The manufacturers claimed it was as safe and natural as marijuana, except that it didn’t have the same stigma attached to it. The problem was that none of this was true.

While the drug was more powerful than marijuana, the side effects were also far more extreme. In addition to the emotional and psychological effects of marijuana, K2 can have other side effects. These include vomiting, an increased heart rate, increased blood pressure, violence, suicidal thoughts, seizures, kidney damage, and decreased blood flow to the heart.

In response, the government outlawed several of the compounds found in various K2 blends. The companies that sold K2 simply replaced the now-illegal substances in K2 with different chemicals.

The number of people who die from K2 use seems to be lower than most other drugs, but deaths seem to occur in clusters. A shipment of K2 makes it to the market, it gets sent to a certain area, and several people in that area who bought the product are hospitalized for drug-related symptoms.

Manufacturers of K2 are often overseas, meaning that US authorities can’t investigate them. This has allowed the business to go largely unregulated, so there is a wide variety of substances being put into K2, and they’re changing all the time.

Possibly the most well-known drug out there is methamphetamine. Whether you watch police dramas religiously or have just seen a few episodes of Breaking Bad, you’ve probably heard of meth.

It killed nearly 2,000 people in 2011, and that number has been increasing by a few thousand every year since. It’s still not as dangerous as Fentanyl as more people use Fentanyl than meth.

In terms of percentages, meth is far more dangerous. It’s been estimated that about 5% of meth users end up in the hospital.

The Deadliest Illegal Drugs in the Country

Unfortunately, the world has no shortage of illegal drugs, and these substances kill thousands in the United States alone every single year. Some drugs have a reputation for being more dangerous than others.

We’ve discussed three of the worst in this article, but there are a lot of dangerous drugs in the world. You might want to read up on some others just in case.

For more articles about healthcare in the modern world, please visit our site.

How to Find a Reliable Invisalign Provider